This is a big milestone for us.  4 months is typically the peak/worst Archie's laryngomalacia will get before it starts to sound better.  Woohoo.  And really it isn't as worrisome as it was at 6 weeks.  Now it's really just snoring.  And I do think it affects his sleep, as he still startles from large snorts in the middle of a deep sleep.  But all in all, we're on the up and up...floppy airways no more. 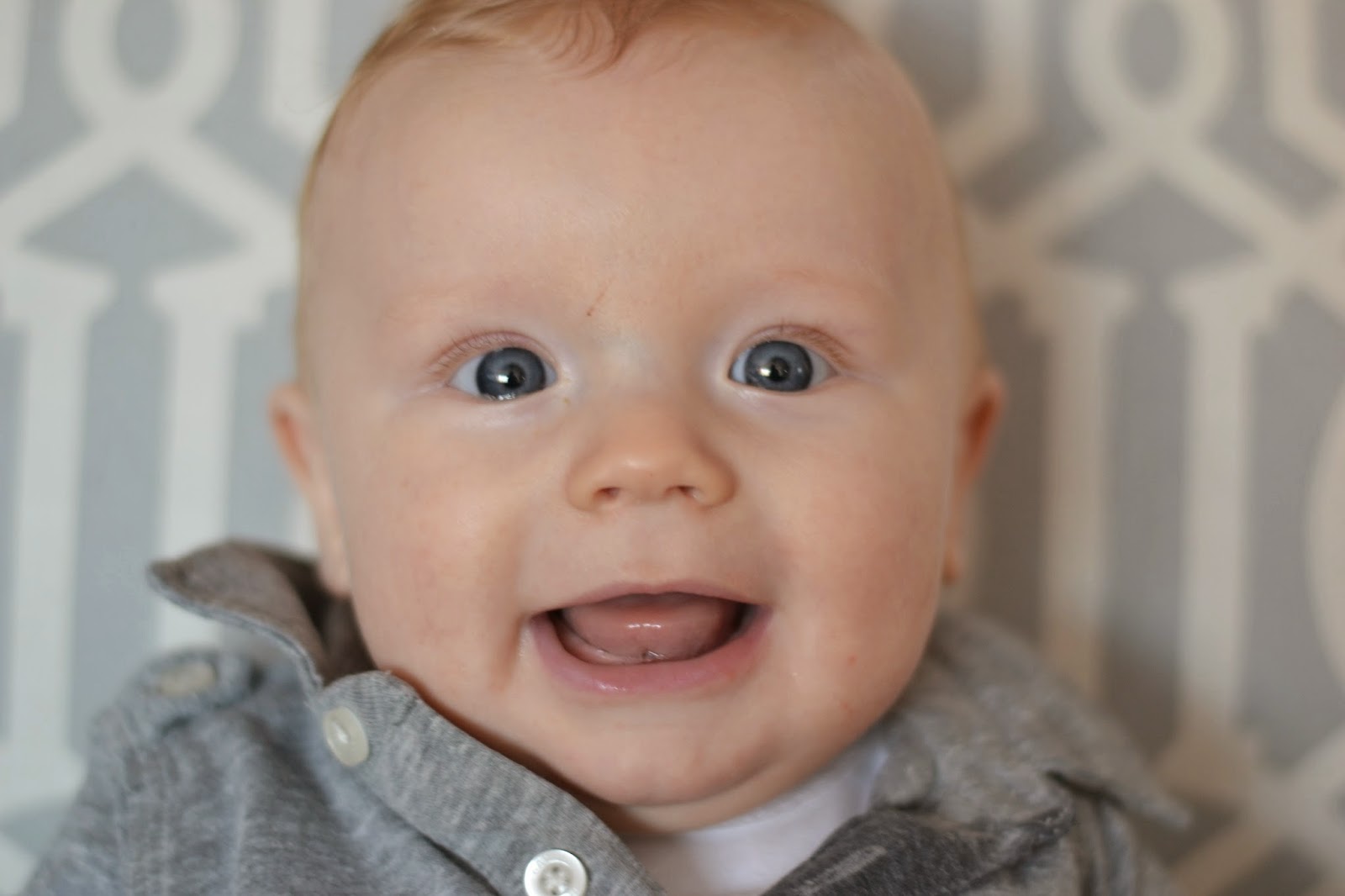 Happiest, smiliest baby doesn't do justice to this guy.  And while he's just starting to get into toys, he prefers people, any face will do.  When you make eye contact with him and give him a smile, he doesn't just smirk or give a gentle grin, he smiles with every ounce of his being. 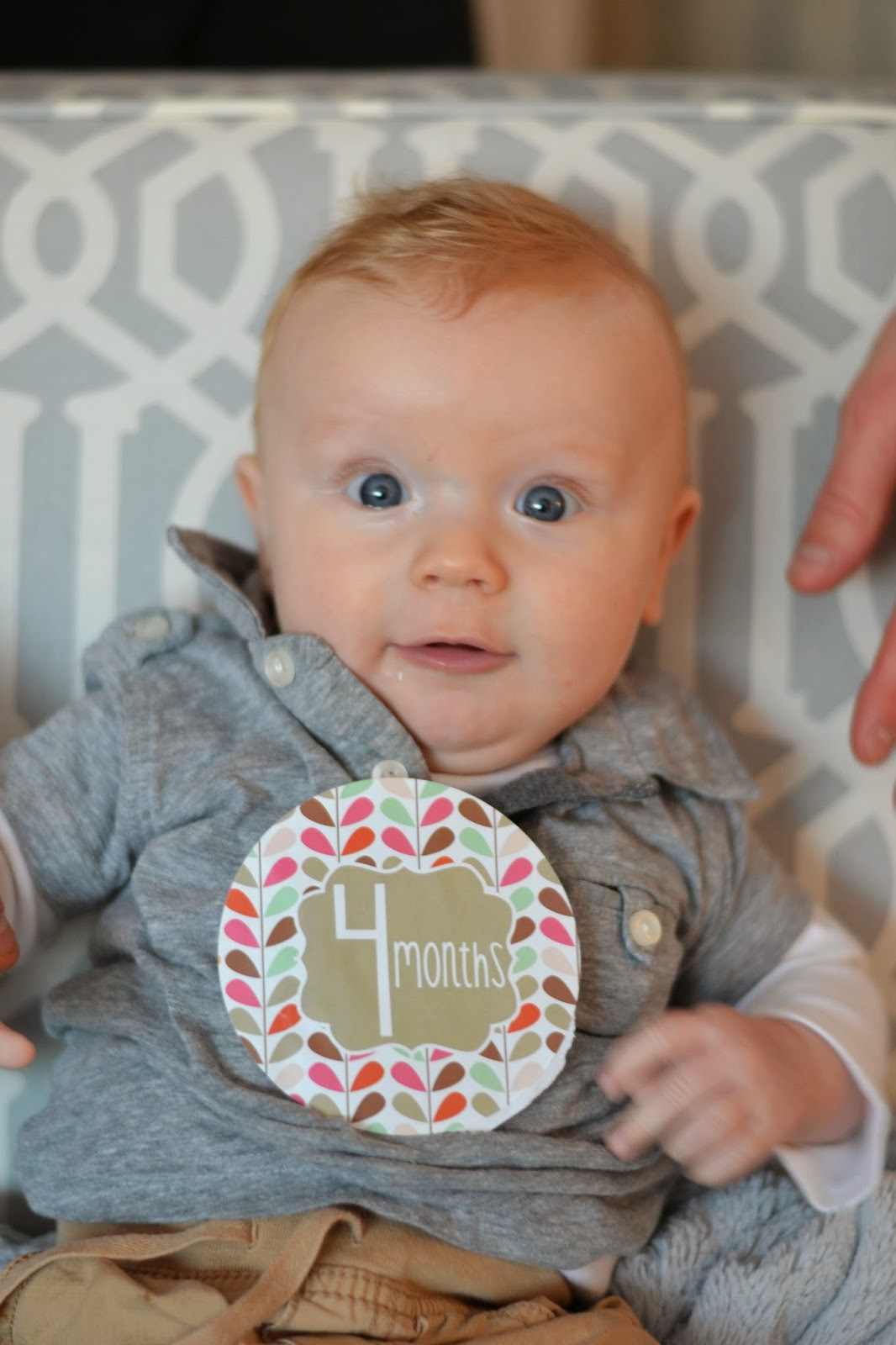 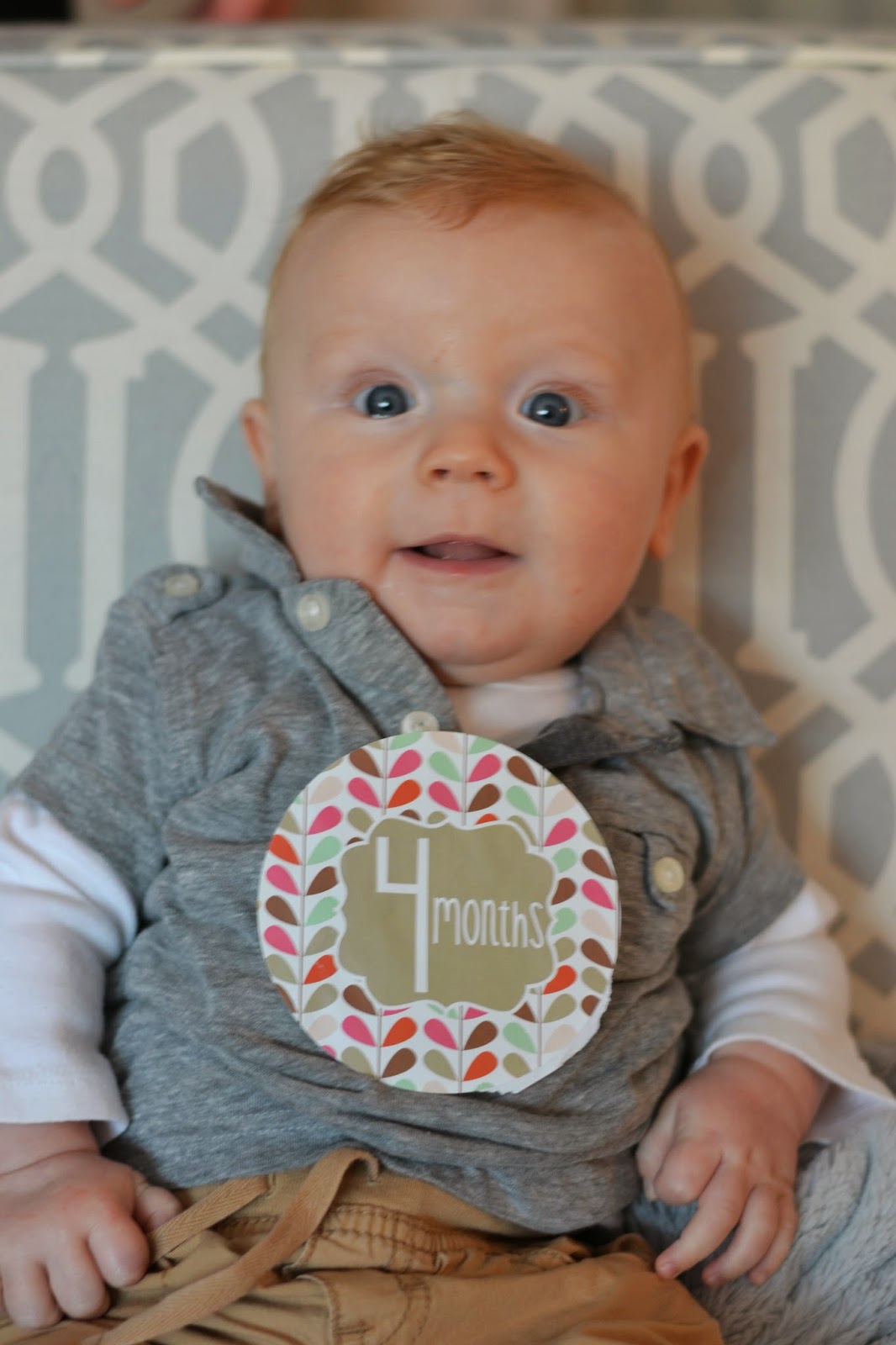 And he's always so alert.  His eyes so wide and attentive.  You can't slip a fast one by this guy.  I haven't yet successfully snuck out of his room without him noticing.  And his collar is appropriately wet, even five minutes after dressing him because he drools constantly and tries to eat his hands and his shirt and... anything he can grab. 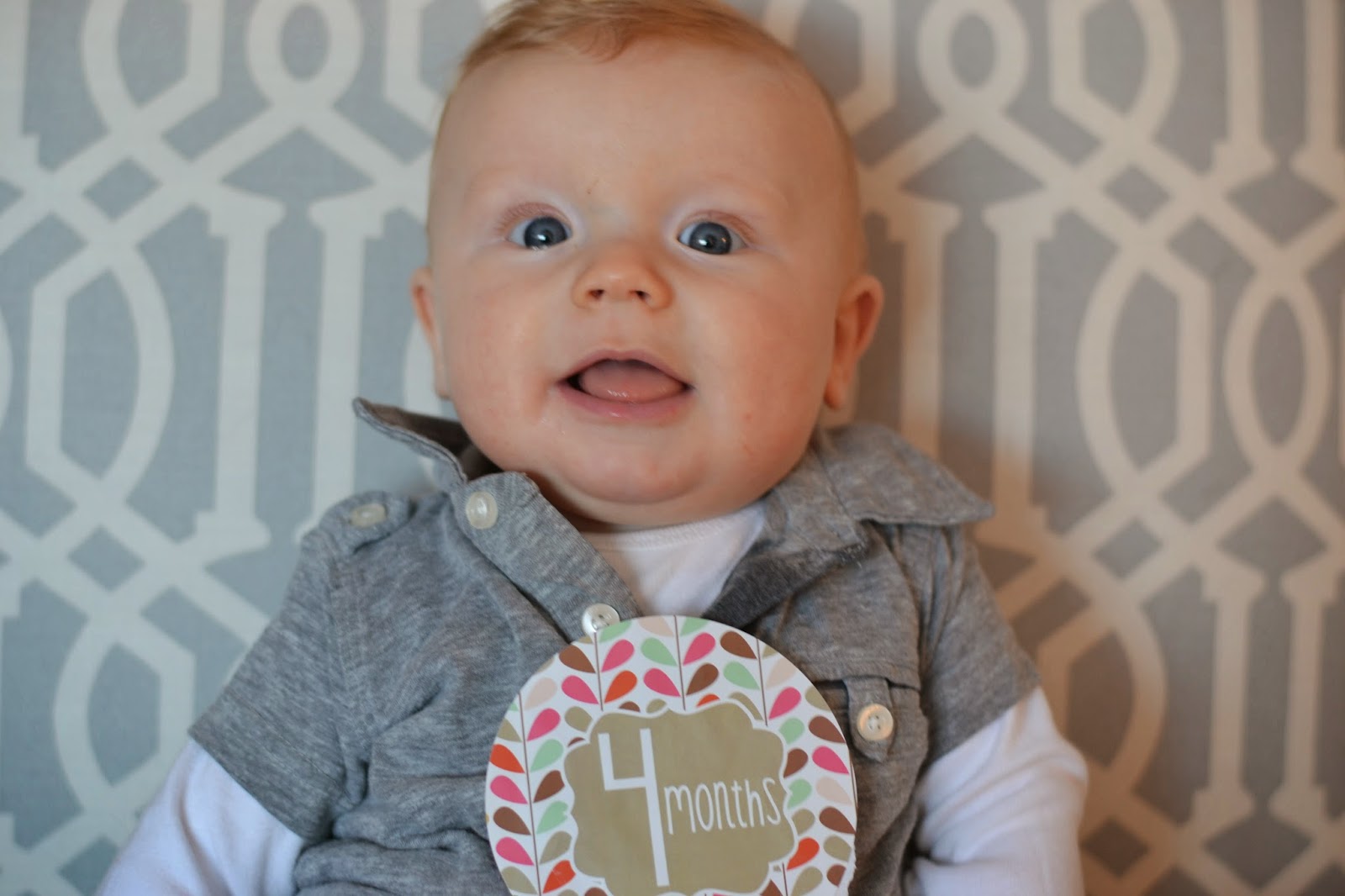 Archie is still a good little eater, super content to be my arm candy wherever we go, loves watching his brother and sister and is happy as long as someone is around.  We won't give him the sleeper award, though he's not terrible, he's not the best either.  As I said, I do think some of it is related to his breathing, some related to bad habits recovering from influenza, and some of it is just who he is.  We are working hard at eliminating a night time snack that reappeared after his bout with the flu. 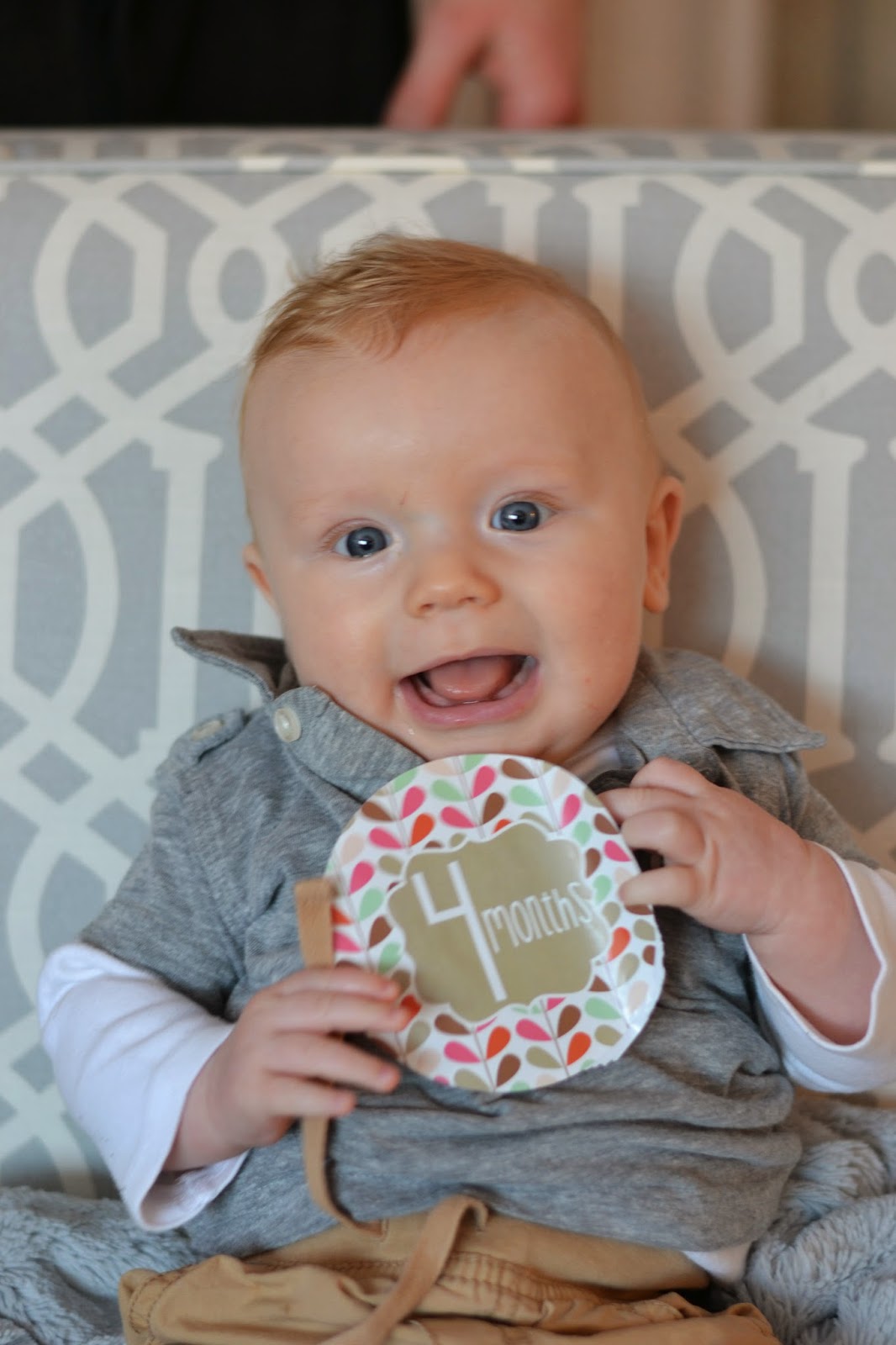 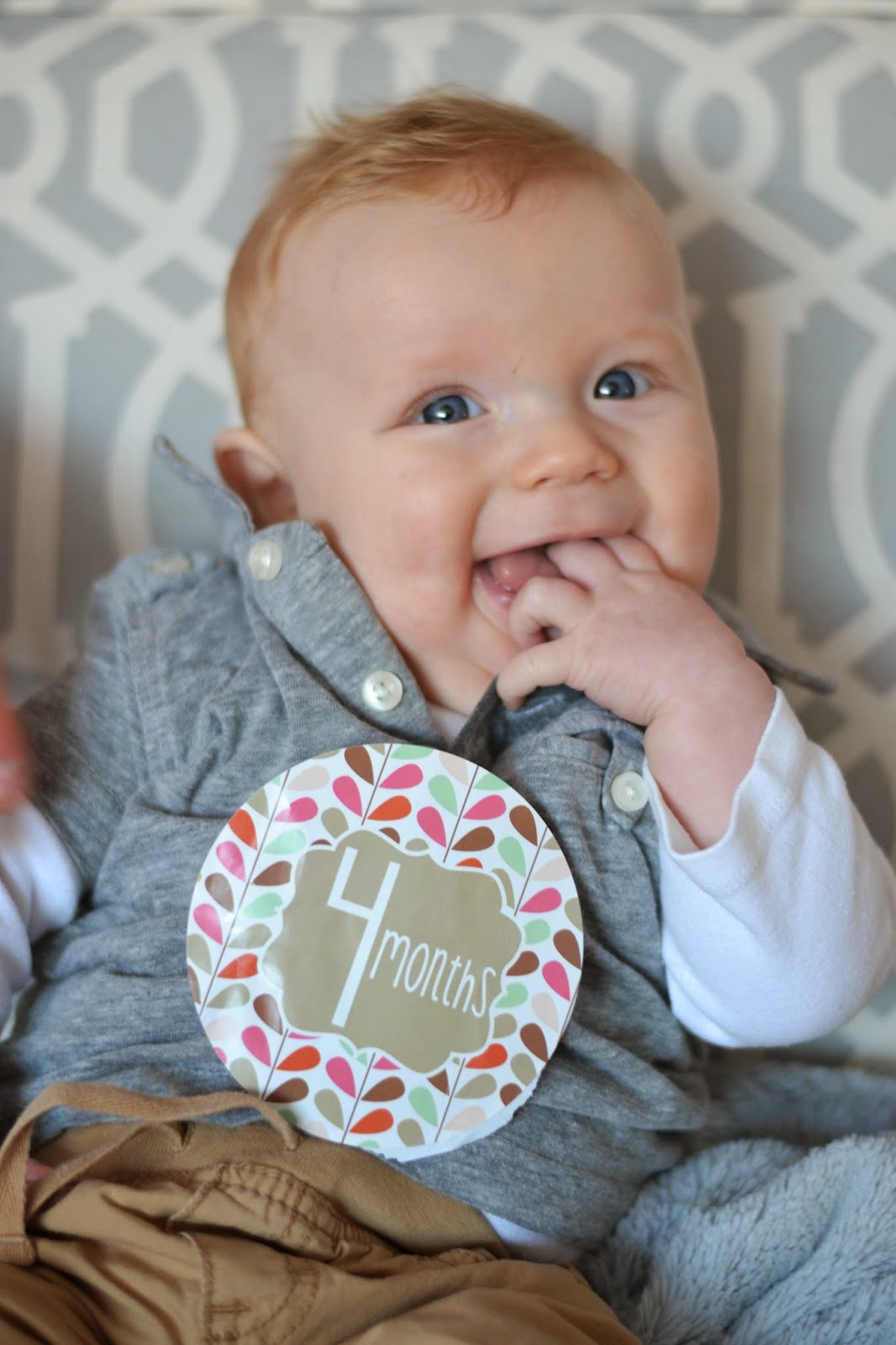 Archie has the cutest little dimple in his right cheek.  He got it from Nate.  It's adorable.  His eyes are already so intentional.  He makes great eye contact and they seem to want to tell you something.  I could stare at them all day. 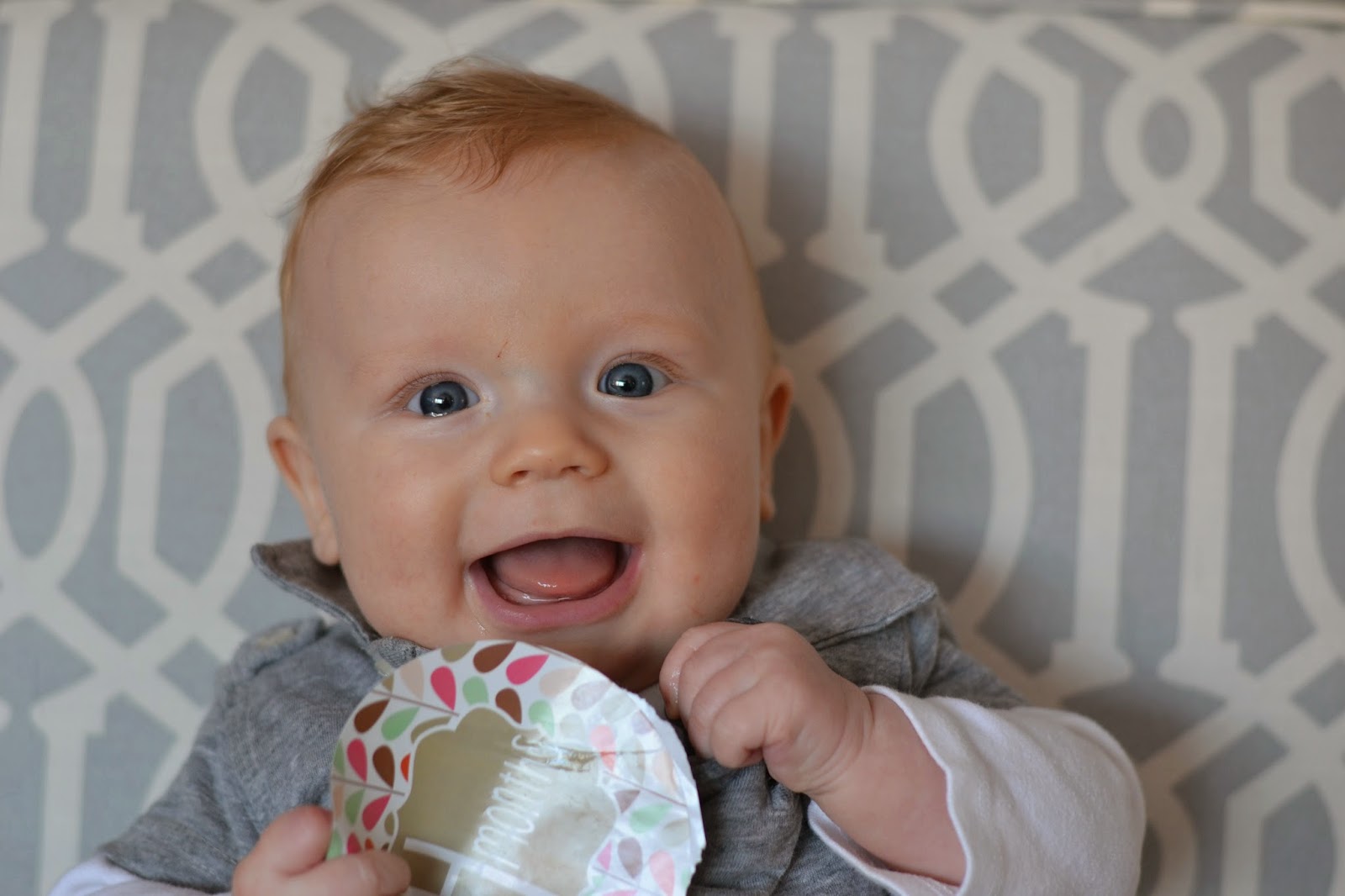 His two biggest admirers are these knuckle-heads who crashed his picture session.  Griffin and Hattie both find moments of the day to spend time with Archie.  I'll look over and find Hattie laying under the playmat with him, talking to him, narrating what he's doing.  Griffin is more intentional and talks to him, tries to make him smile and laugh and then tells me what he did.  The love they have for each other leaves me speechless. 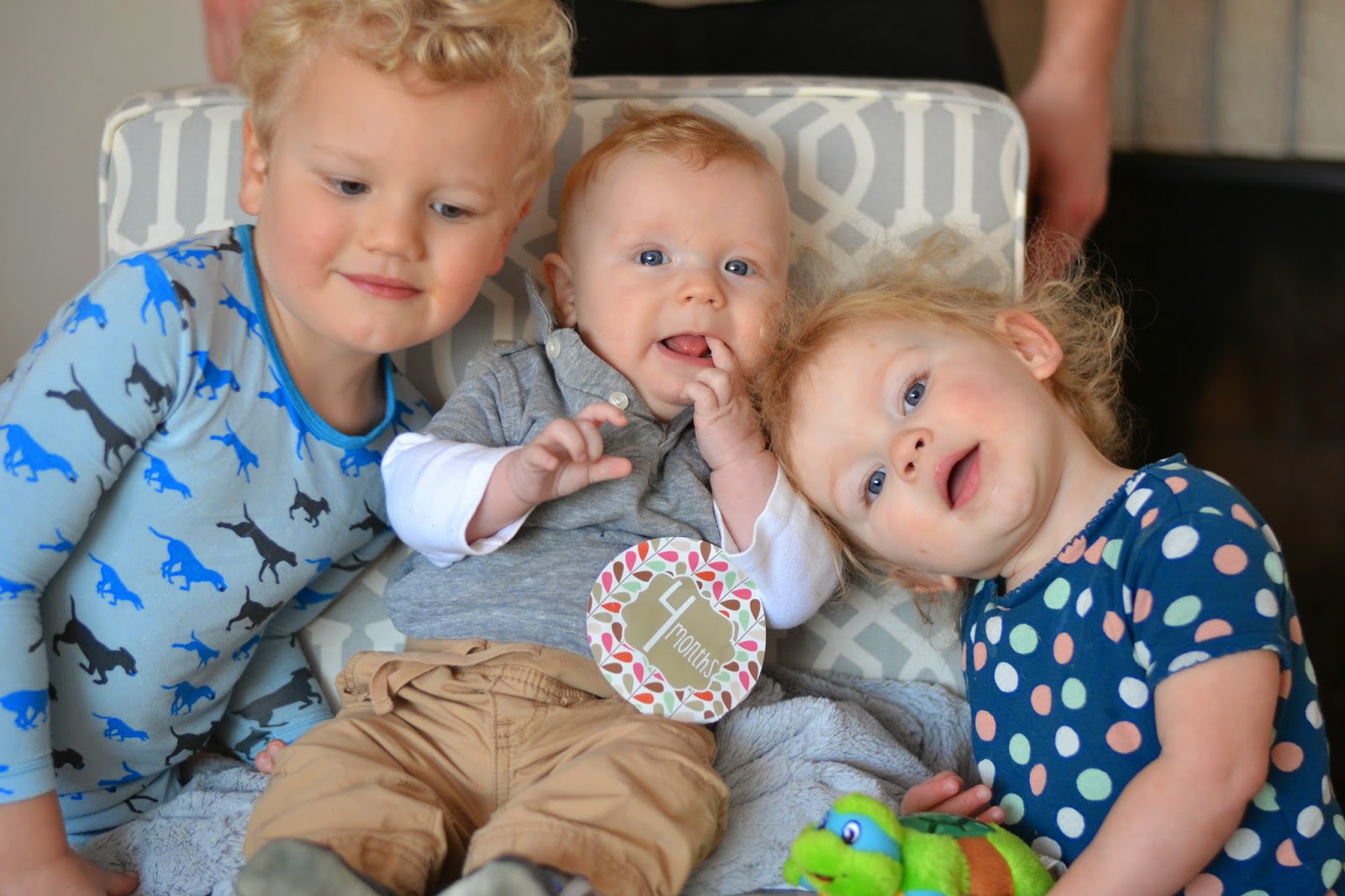 Milestones: just smiling and laughing (the two best milestones?!), just working on tummy time, starting to hold weight on his legs, can sit in the bumbo and is nowhere near sleeping without a swaddle. 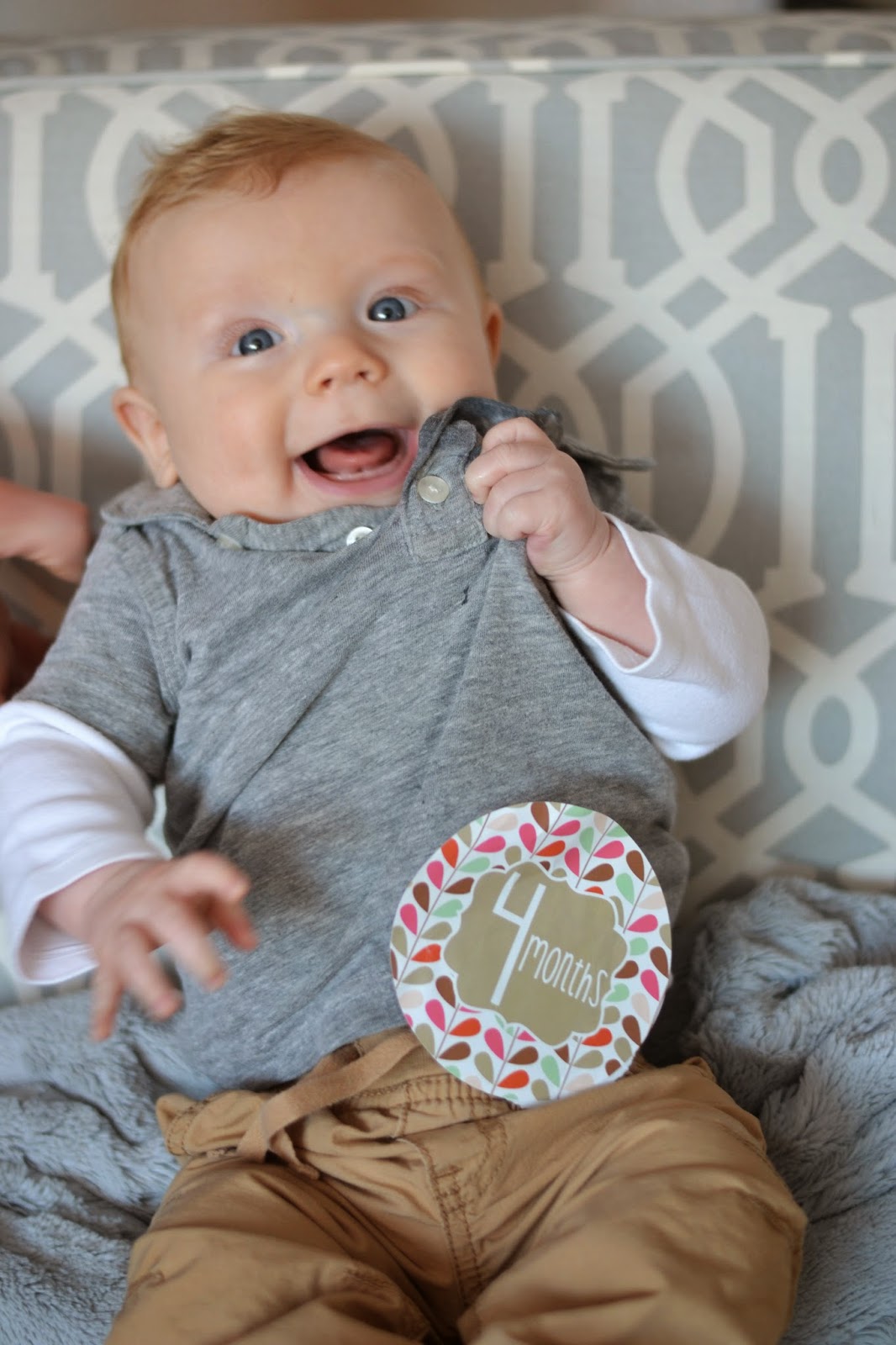 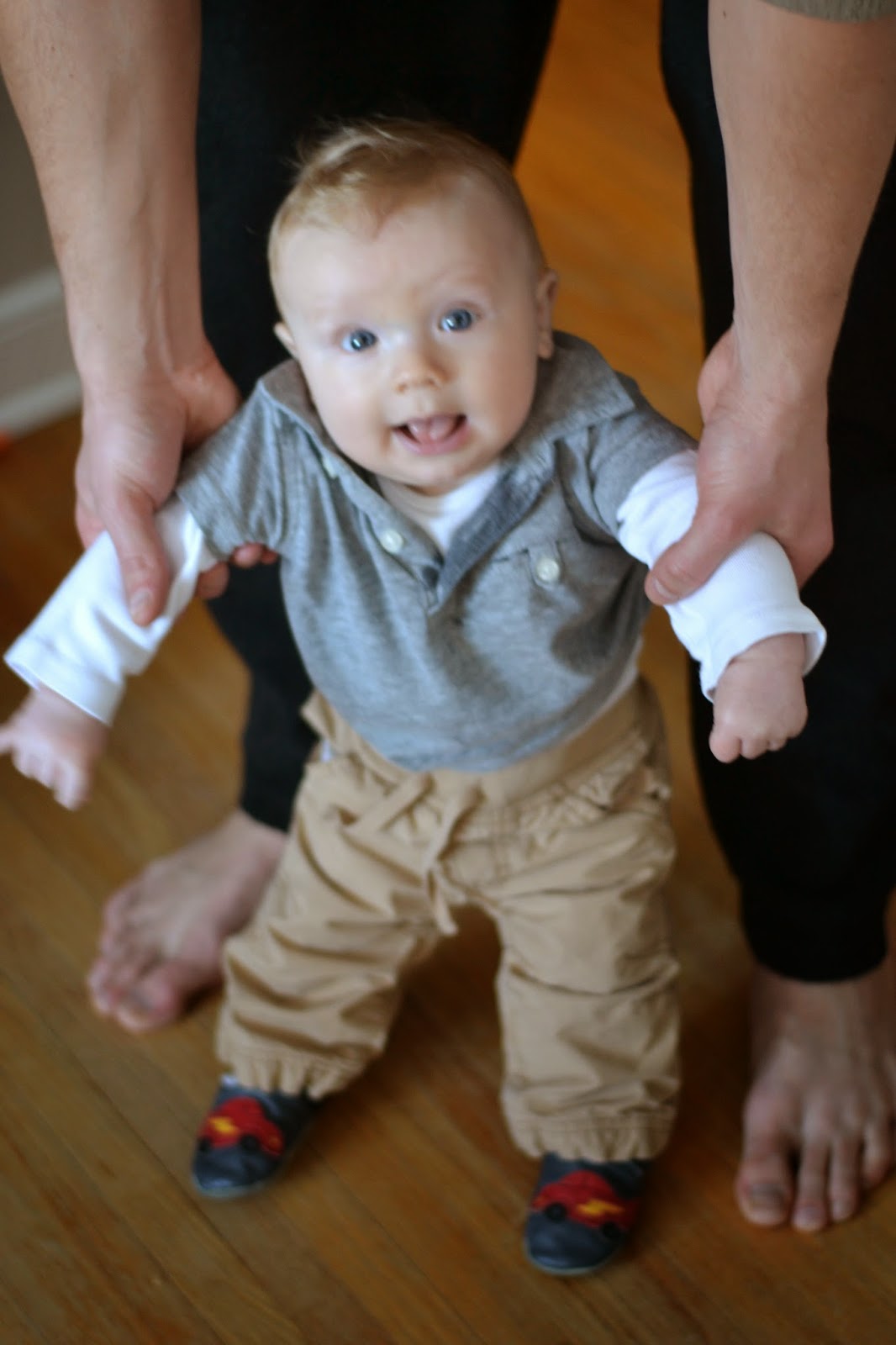 But this little face, Oh my sweet little Archie.  You light up a room instantly and I want to be around you all the time.  Even in the middle of the night when I want sleep so bad, I still love being with you.  How could you not want to be with him, what he looks back at you like this? 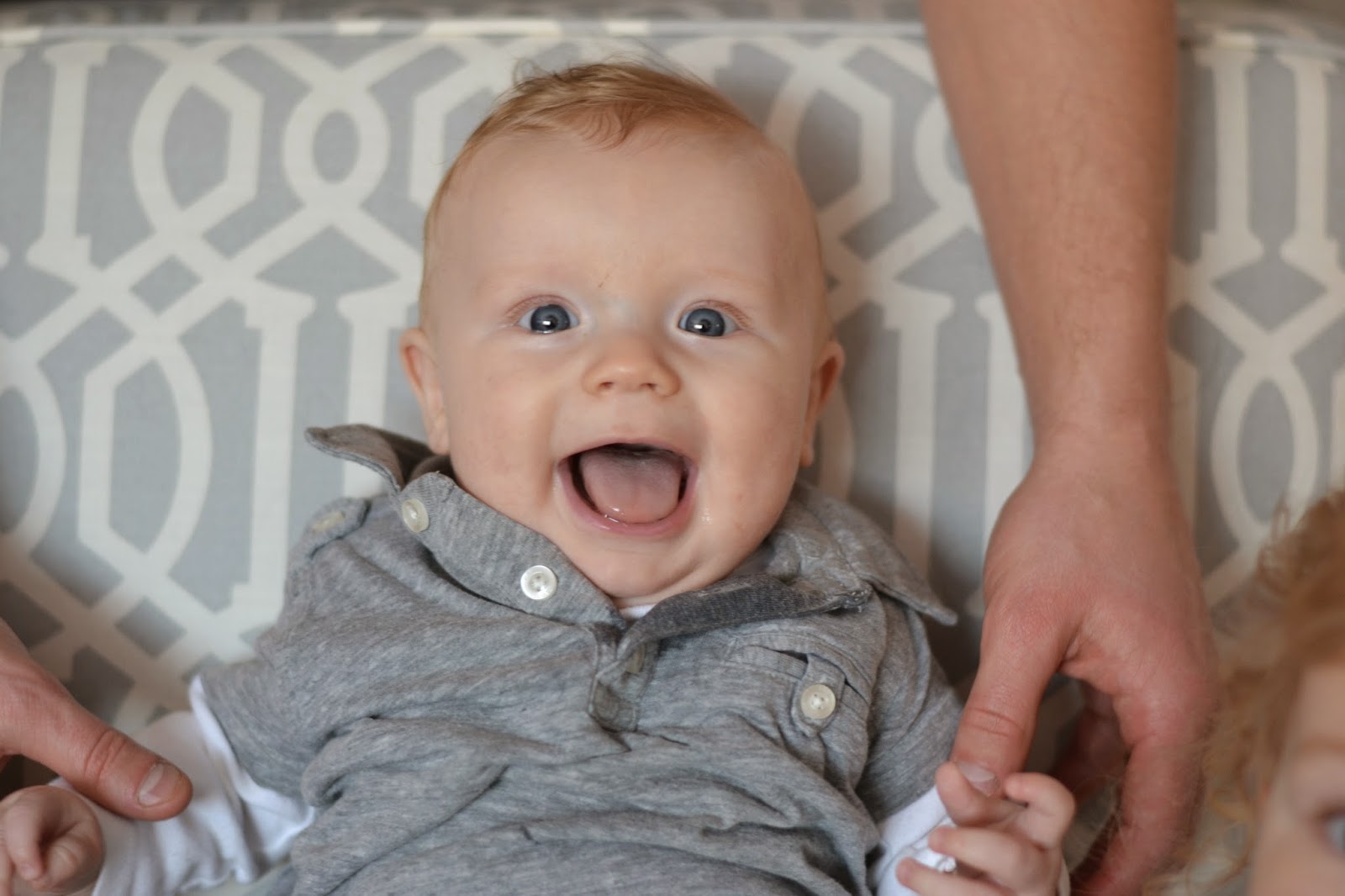