This is a little late.  I should just watermark all of my pictures and posts with that phrase.  Anyway, I started asking Griffin back during summer what he wanted to be for Halloween and he went back and forth between a Train Driver and a Garbage Truck Driver.  Somewhere in September he settled on Train Driver and I got to work.
I made the train out of some old boxes and tape. 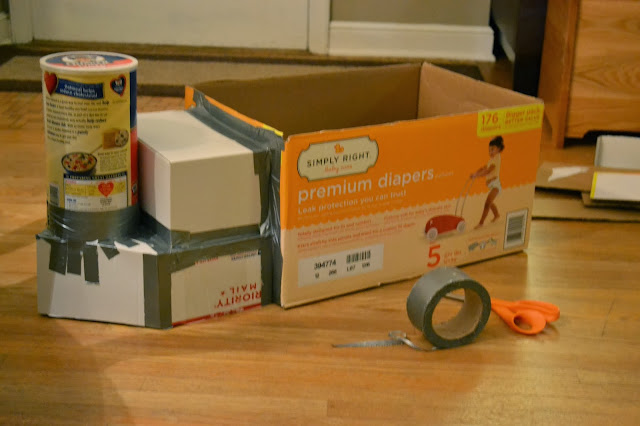 Then, I sprayed the whole thing blue (Griff requested a blue train). 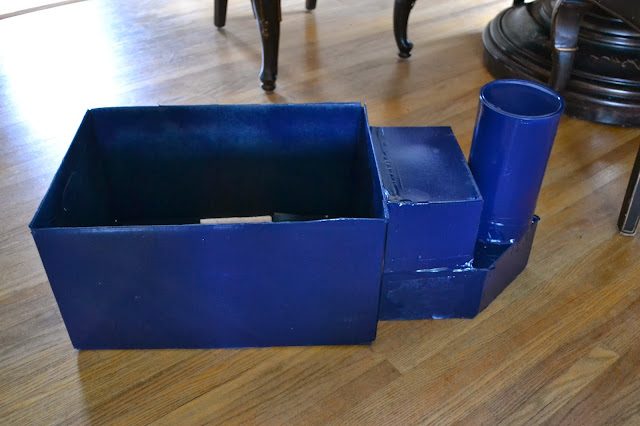 I painted a few wheels out of paper plates, as well as a few numbers to glue to the sides. 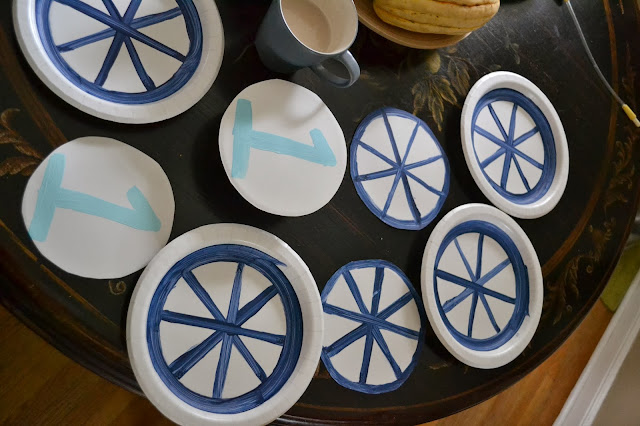 I added the numbers and some detail on the front... 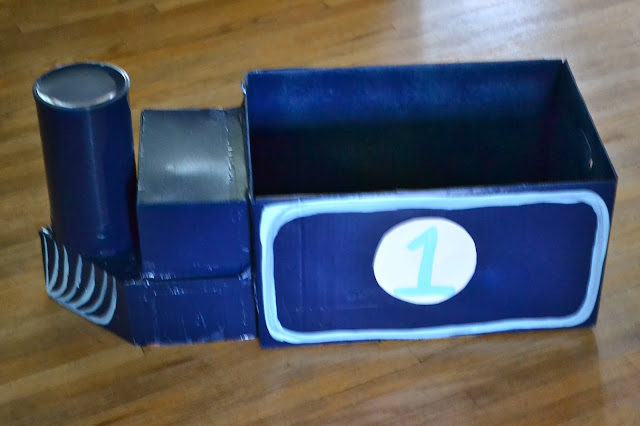 Popped the wheels on with those little envelope clips. 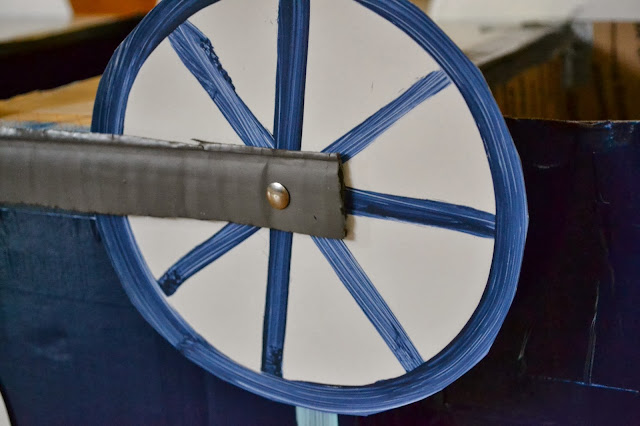 And then made them look connected with another piece of cardboard. 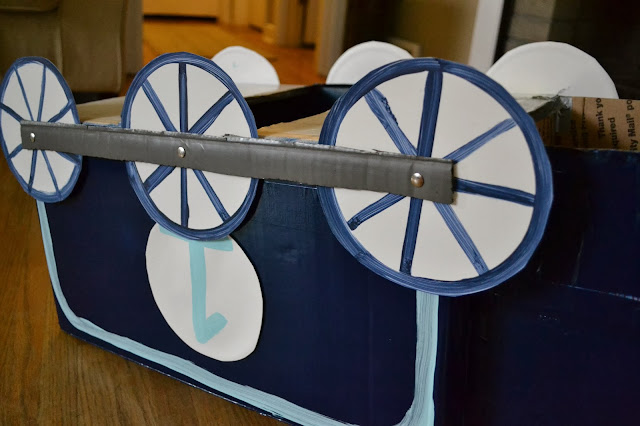 Griffin hadn't seen it, as I had been working on my secret project during his naptimes for at least a week.  But he sure was excited to see it!  And Hattie was shocked at my talent.:) 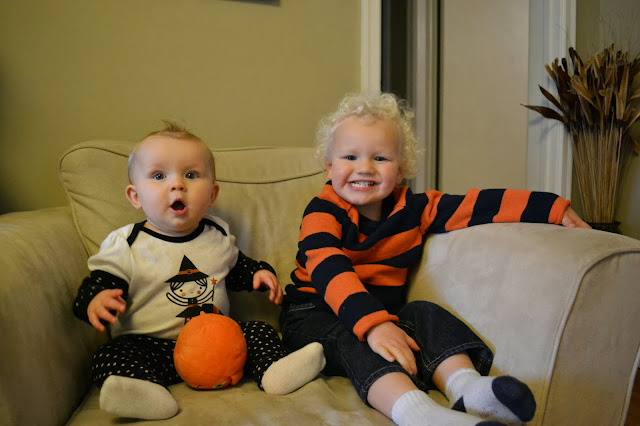 The last piece I needed Griff for.  I made some straps out of leftover fabric (just sewed tubes and ironed them) and then sewed them together to make a little spot for his head to fit. 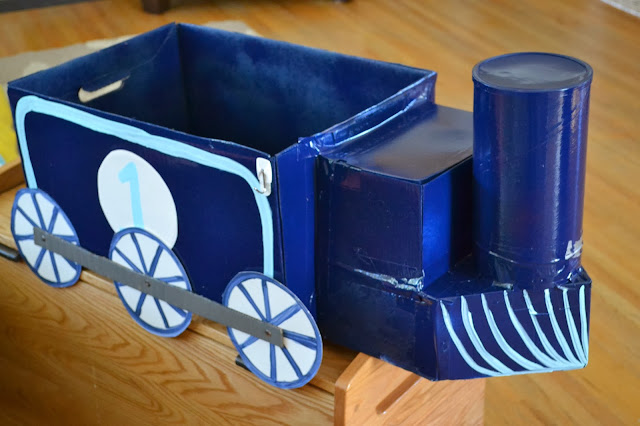 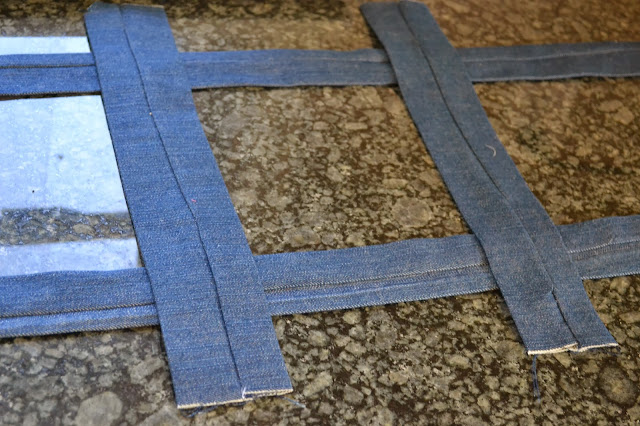 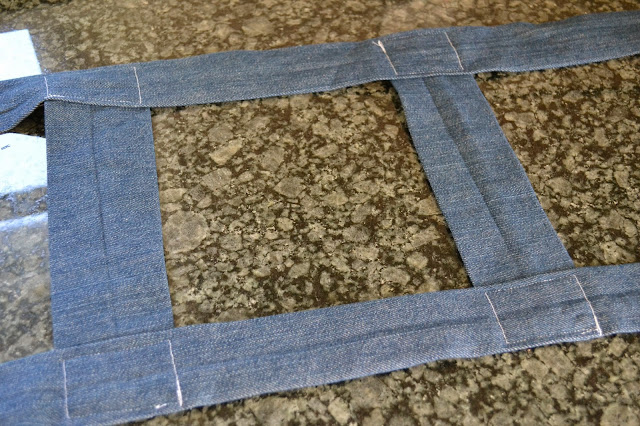 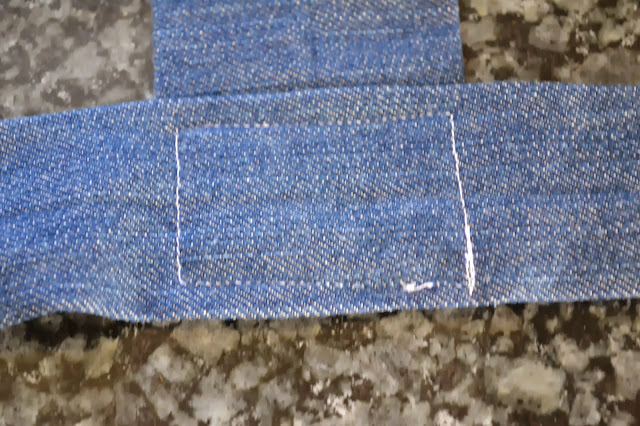 Then I had Griff try the whole thing on so I could clip the straps on to the appropriate length.  These heavy duty clips were going to be temporary, but they actually held up quite well, so we left them. 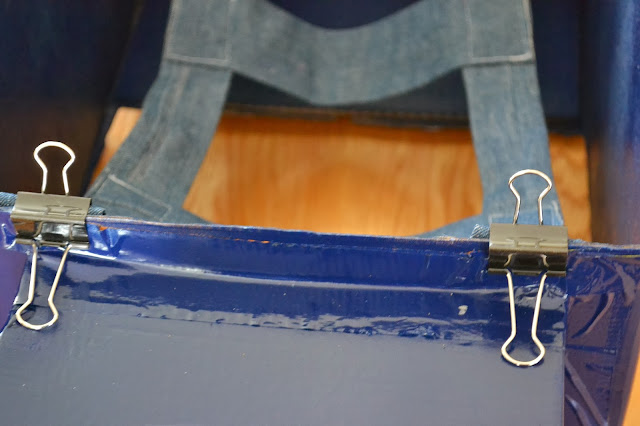 Here is my little cow and my little train driver...or Luigi...we're not sure. 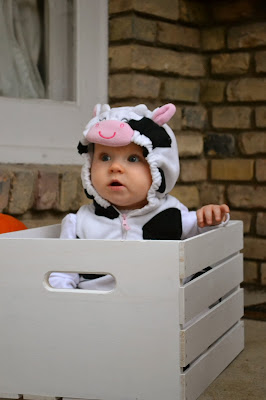 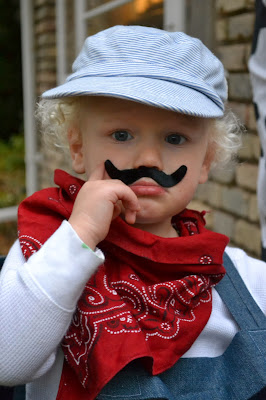 When Griff decided he wanted to be a train driver, we decided Hattie would be a cow in his cattle car.  So I just put her in a crate and borrowed a cow costume from my neighbor and voila! 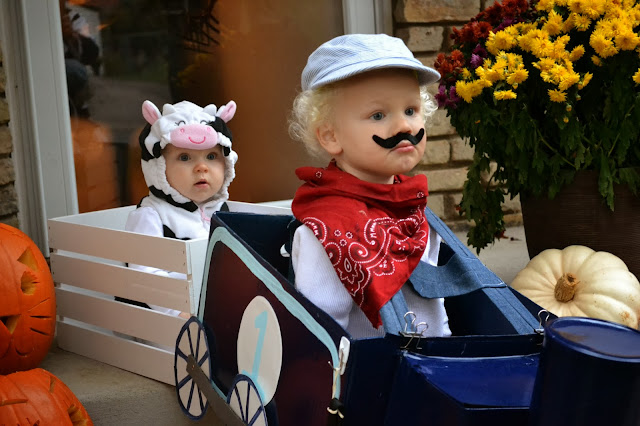 While it looks like they are attached, Hattie's car is just sitting on the front porch step. 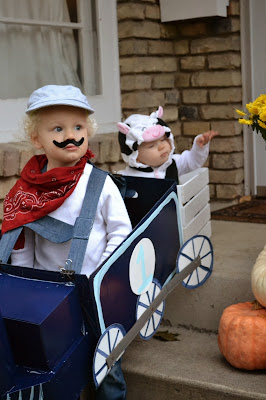 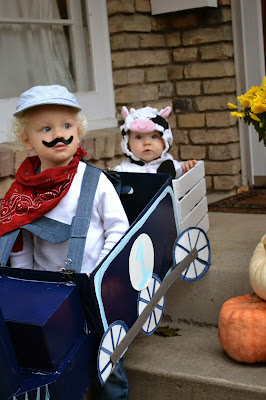 Oh and there was a little bell on the side of the train and a light on the front, which worked well for trick-or-treating.  Though he went running off the curb and tumbled crashing his train into a million little pieces before making it to the first house.  I was able to patch it a little...but this is as good as it looked. 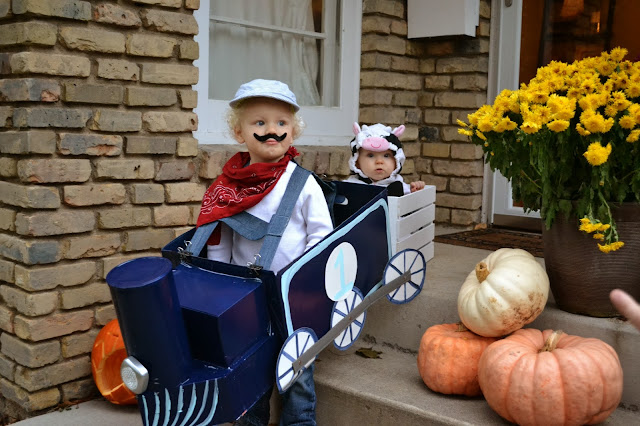 I don't know what it is, but Halloween is the perfect opportunity to put your little boy in a moustache.  See exhibit A.  Though I really couldn't think of a reason to put a moustache on a pumpkin. 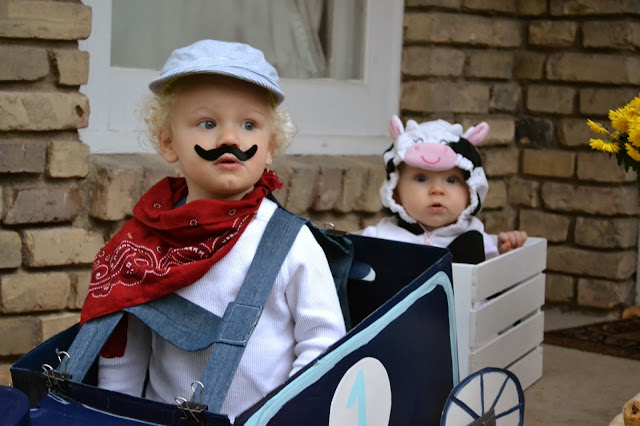 It was a good first Halloween for Hattie and Griff loved trick-or-treating.  Thankfully he hasn't yet figured out how to count and the candy went from a lot to all gone in just a few days and he believed he ate it all:). 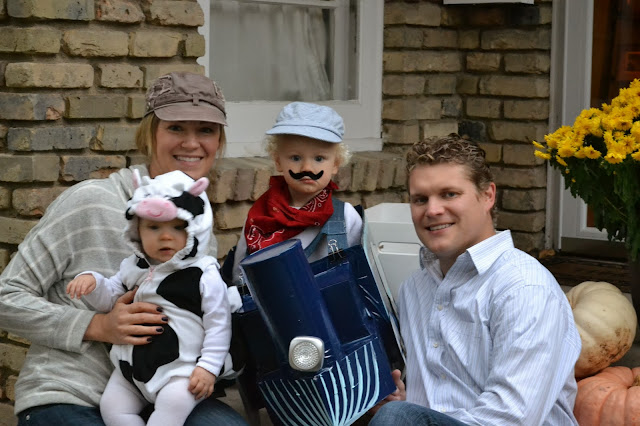