Griffin's room has undergone lots of little projects in the last year.  And it's taken me awhile to update the progress.  One of the first changes it underwent was to boy-up the curtains.  When this room was Griff's nursery, it was pretty neutral with touches of color and splashes of boy.  Now that he's a toddler and I know what his interests are, I wanted his room to reflect a bit more of who he is.
Here is a quick before and after (different window shots). 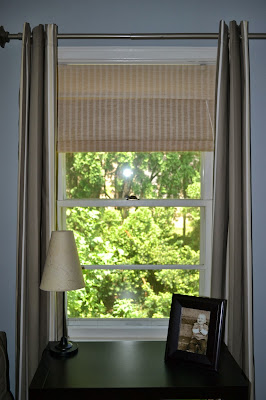 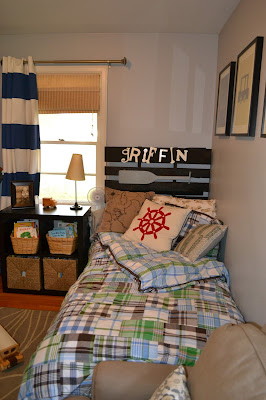 I wanted his room to have a hint of nautical, hint of other modes of transportation.  So, I looked high and low for some blue/navy striped or chevron curtains.  And curtains my friend, are expensive!  Even the cheap ones.  So I headed back to get a set of my tried and true, IKEA Merete.  We have these in our living room and love them.  They have the nice grommet holes on the top, and they are sheer but heavy. 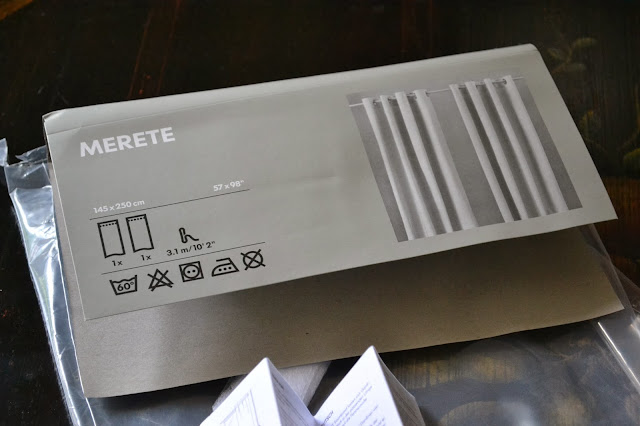 So, I washed and ironed them and spread them out in the living room. 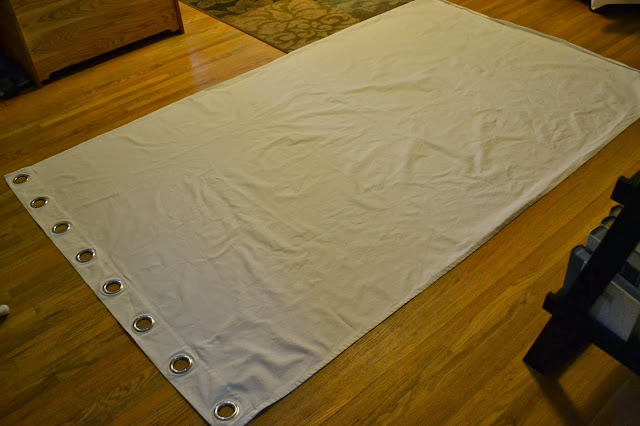 I decided each stripe should be 9" thick, so I made a cardboard template and traced my lines out. 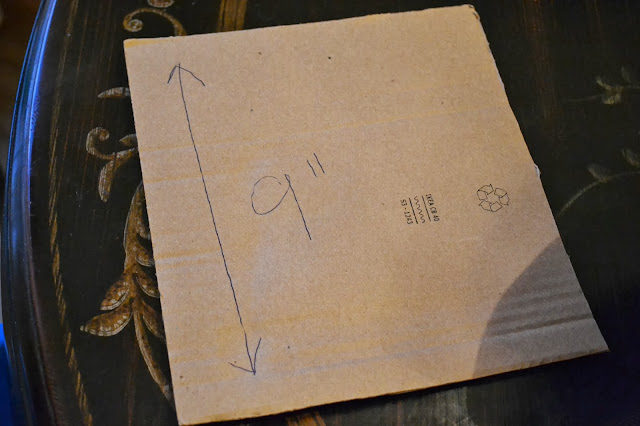 I made marks on each side and then connected them. 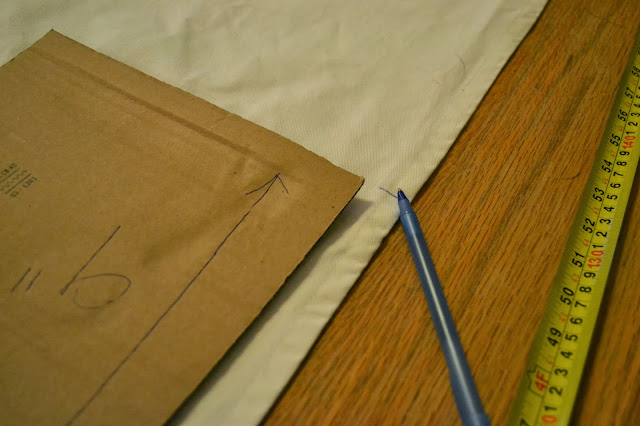 Then I used blue painters tape, making sure to put the tape on the side of the pencil line that would be the white stripe (so the entire blue stripe would get paint).  That's why they look to be big and small...I assure you, they will all turn out to be 9". 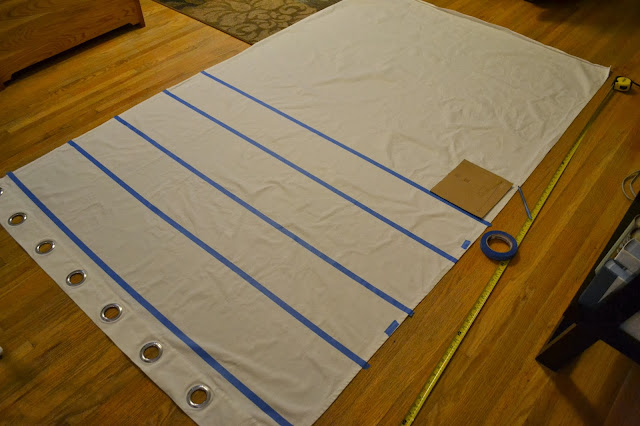 Then, naptime was over so I folded them up.  To be continued. 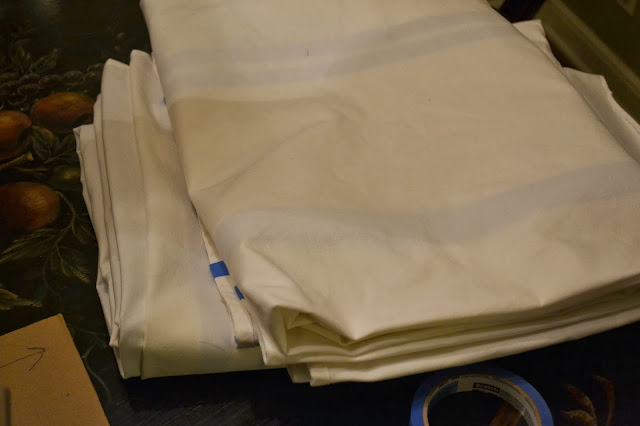 At the next available naptime (weeks later, perhaps), I put down some drop clothes and got to painting. 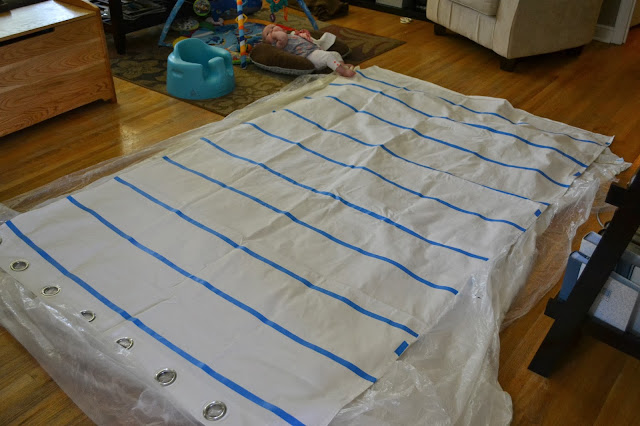 I used a quart of paint in the Glidden/Home Depot version of Sherwin William's Commodore.  A perfect name for this project.  I love it when your paint name fits the room/project. 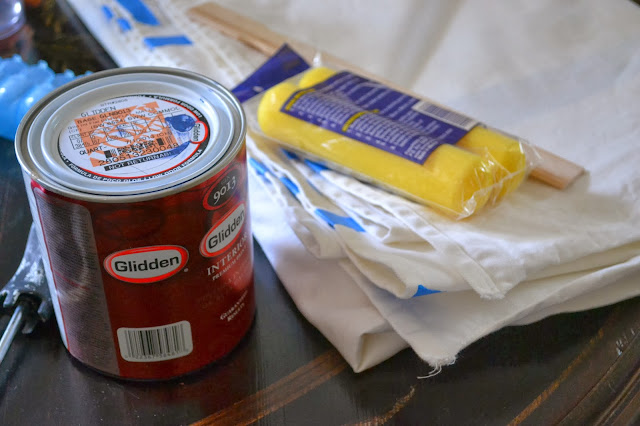 Then I got to painting. 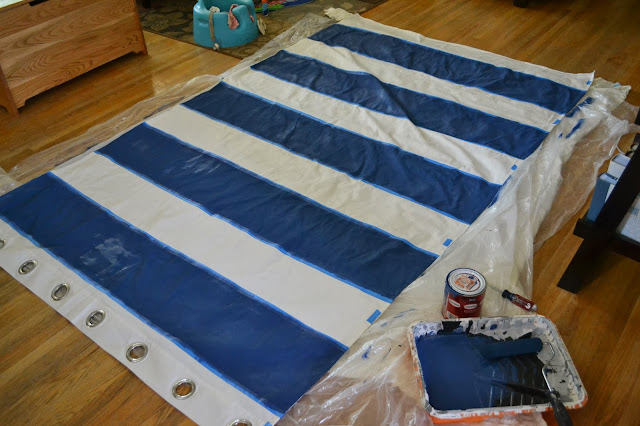 I put the other one on the dining room table while I finished the second one. 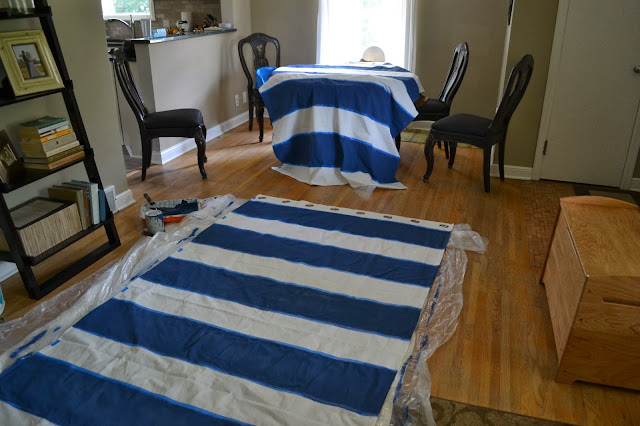 I used almost the entire quart on the two panels. 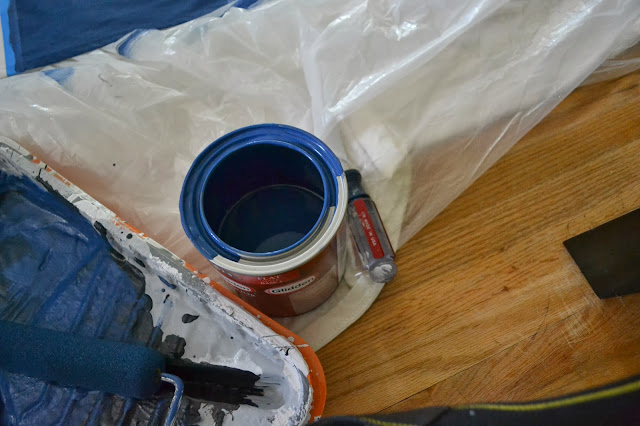 And there was no bleeding through, just a little on the drop clothes where I went over the edge. 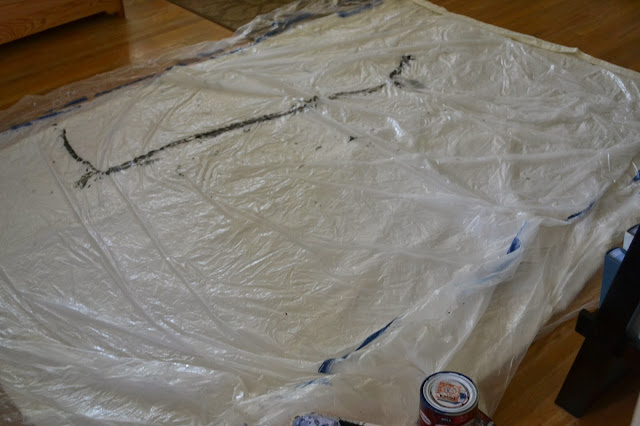 Here's the before again.... 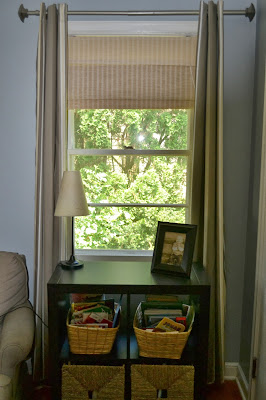 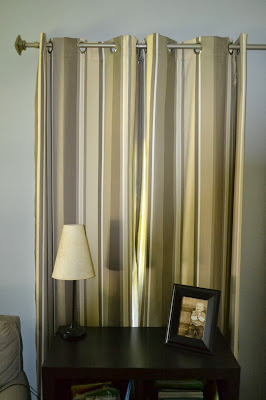 And after!  There is another project lurking at the head of his bed that I've yet to document (coming soon!). 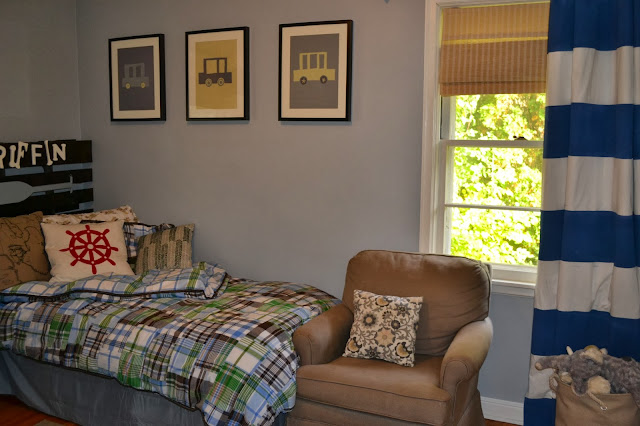 I also attached the blackout curtains like I had done before, so his room still gets nice and dark at naptime, but has a cool nautical feel during the day. 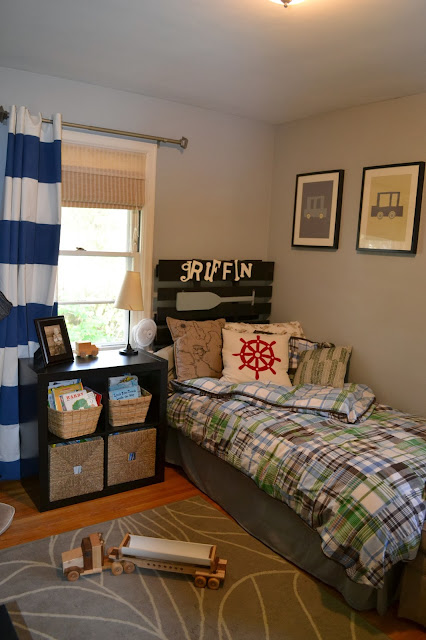