We needed pictures to document what was probably the best day of Griffin's life, so far.  When we were down in Georgia back in April, we celebrated Griffin's 2nd Birthday.  And in true Meme fashion, she made it incredibly memorable for him, except that he's two and without these pictures it may not make the long term memory bank:). 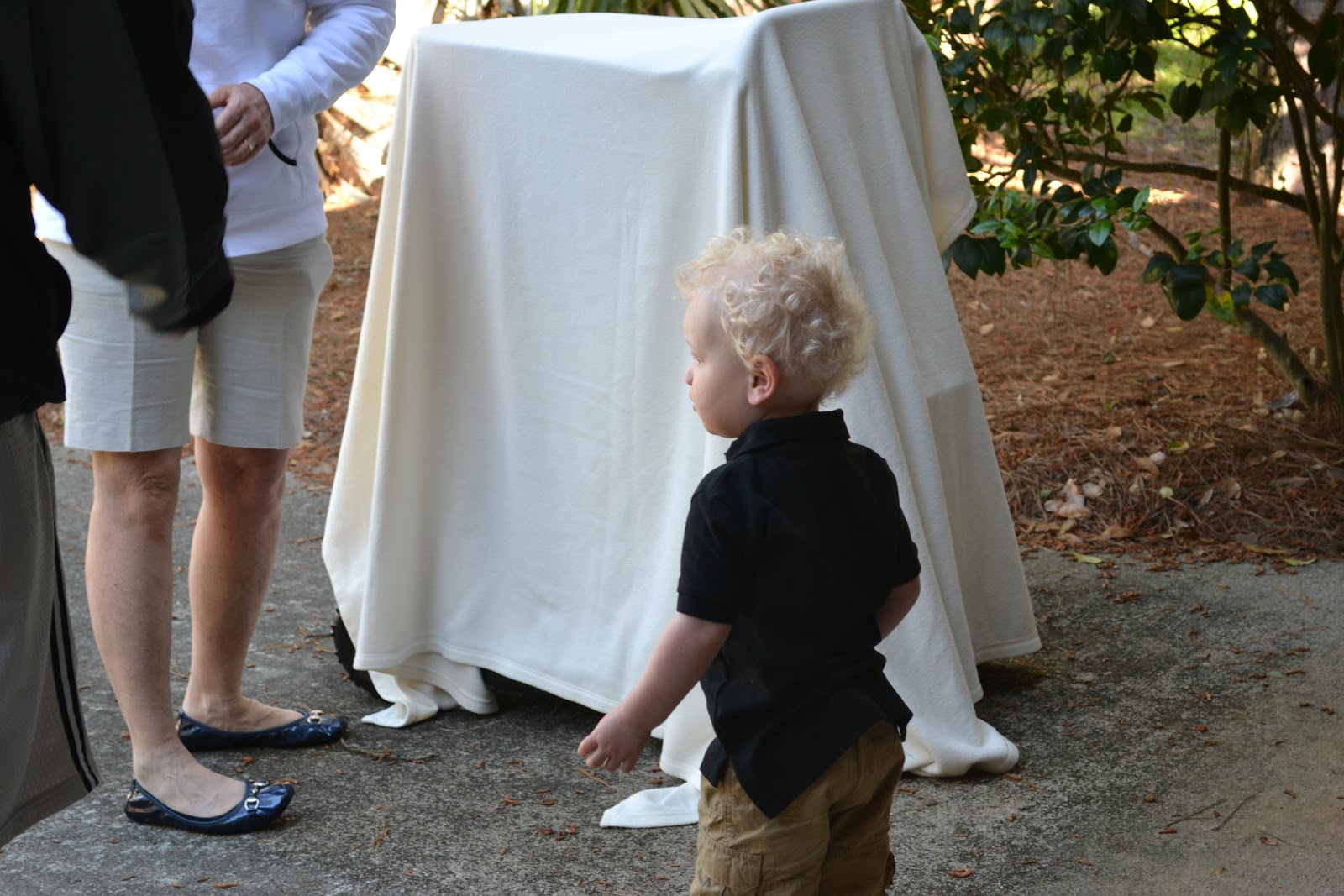 When he woke up from his nap, we brought him outside to see what was under the blanket. 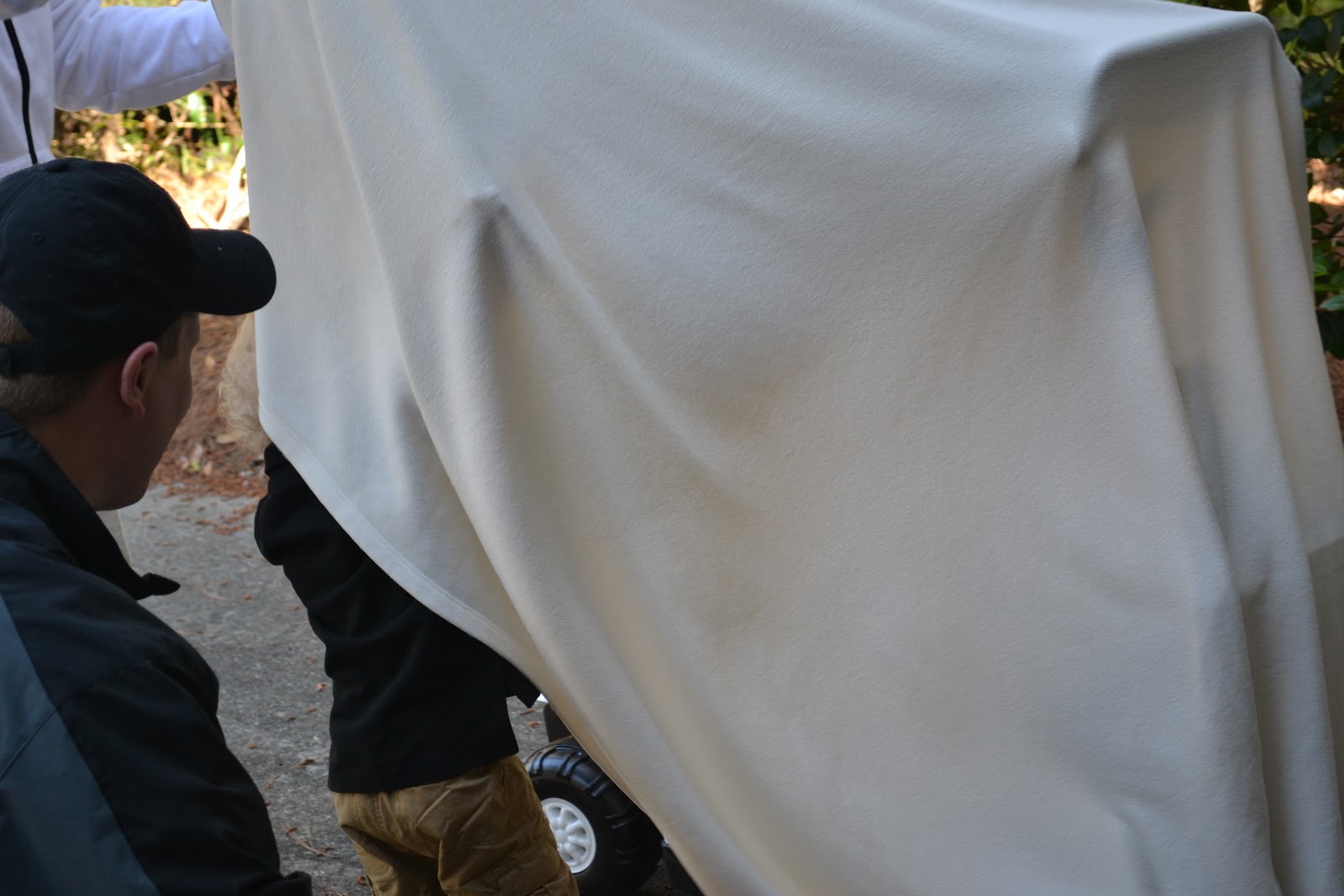 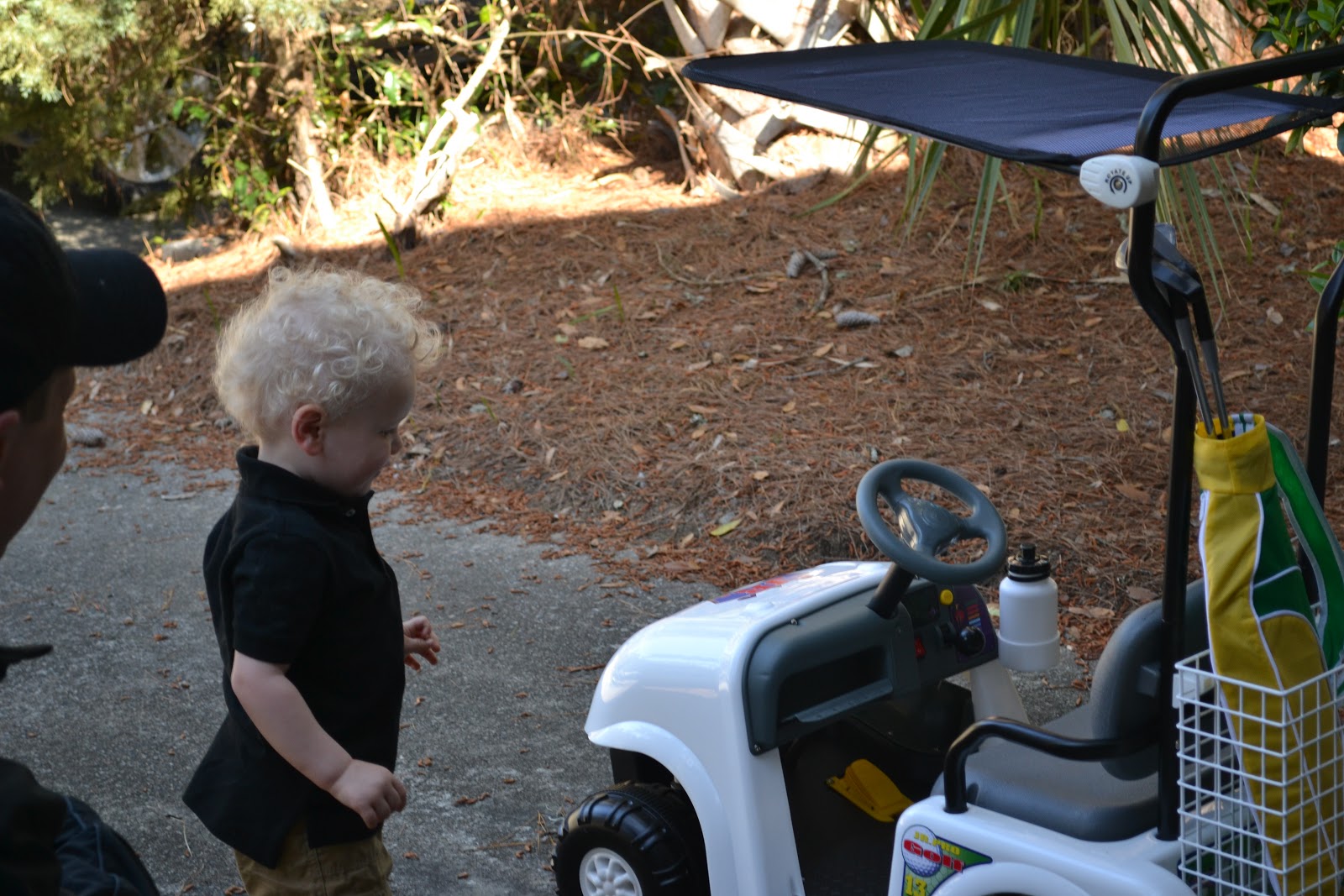 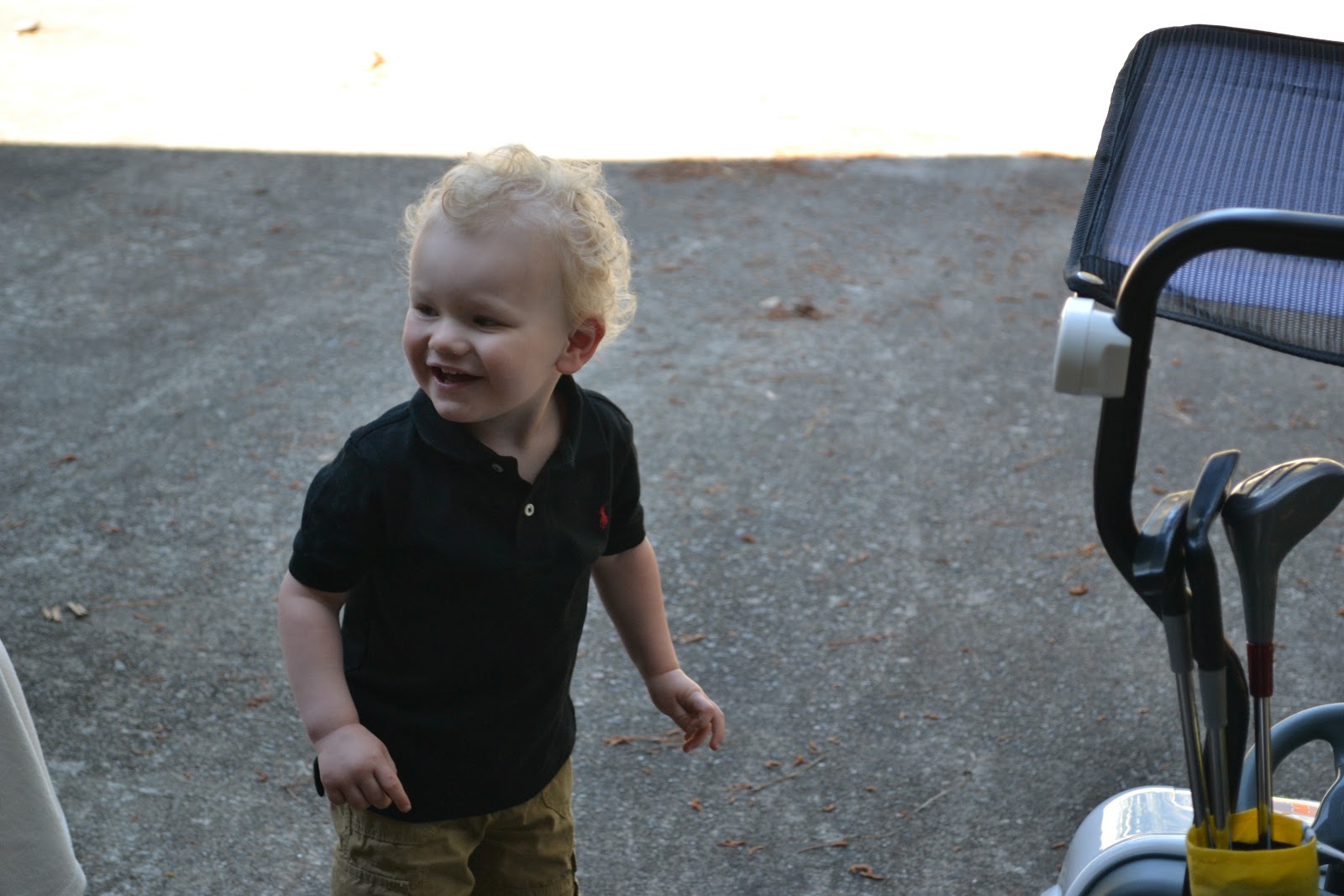 These pictures don't do justice to the excitement and awe he felt. 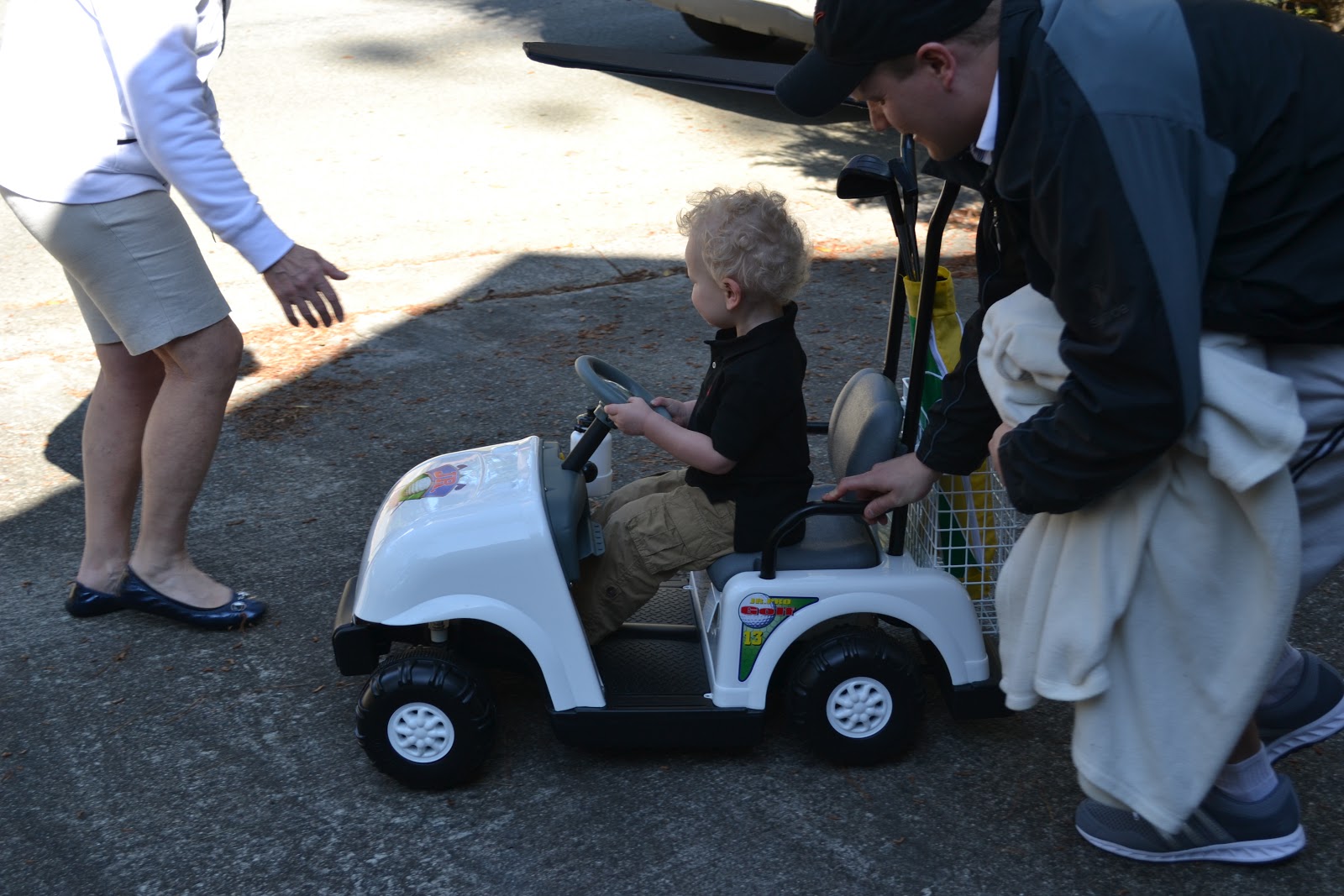 Oh yeah, he drove it around the circle. 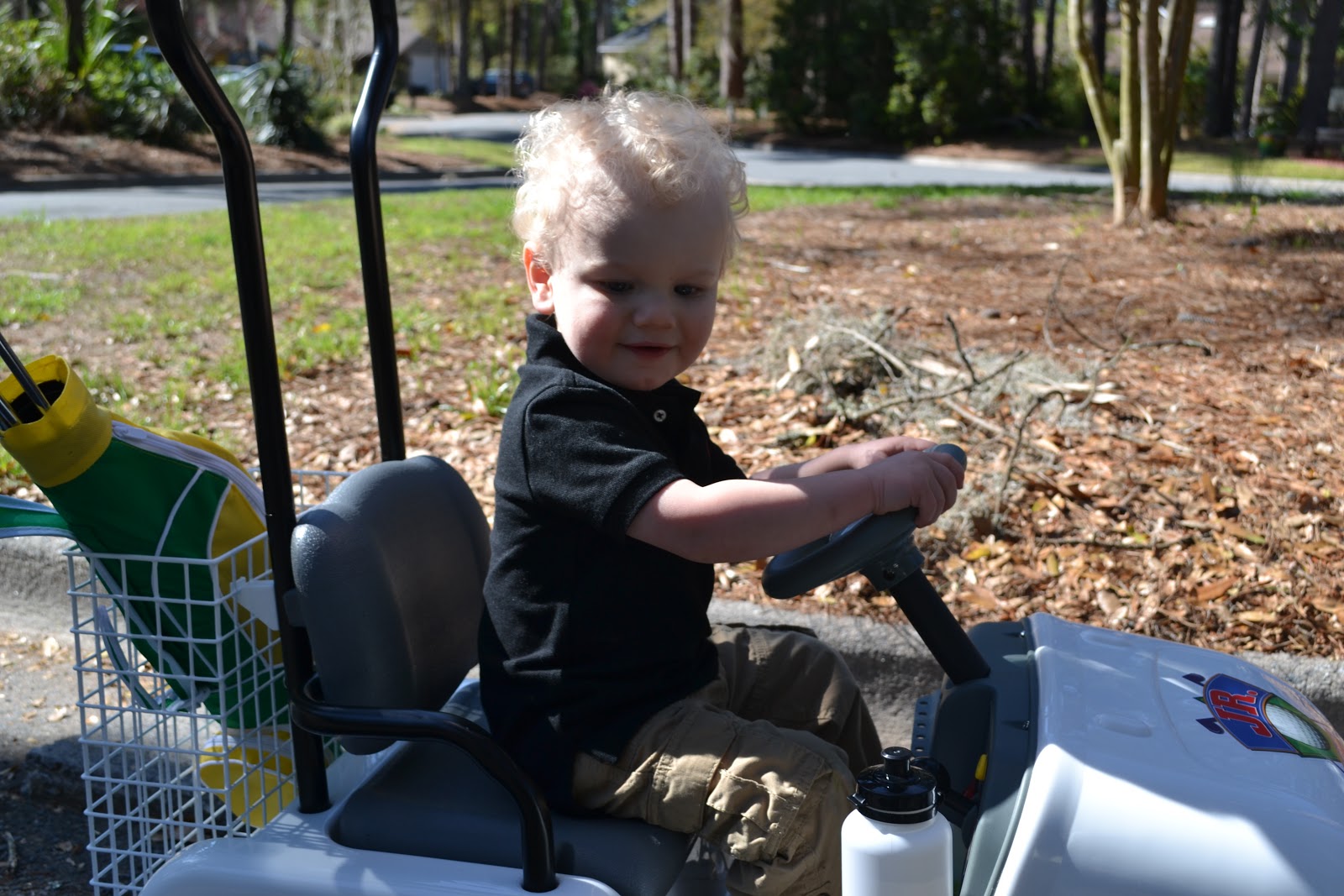 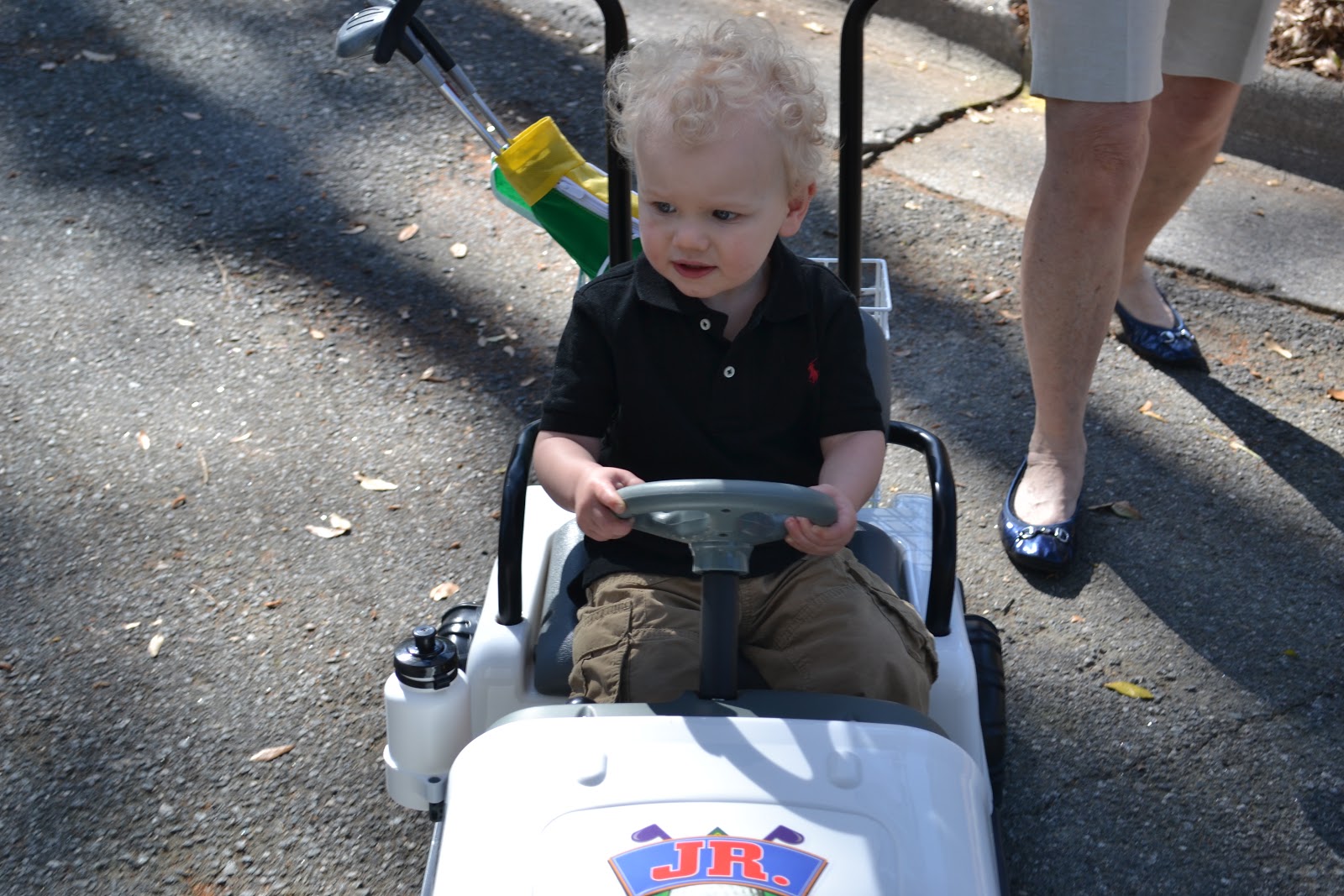 It's pretty much all he wanted to do. 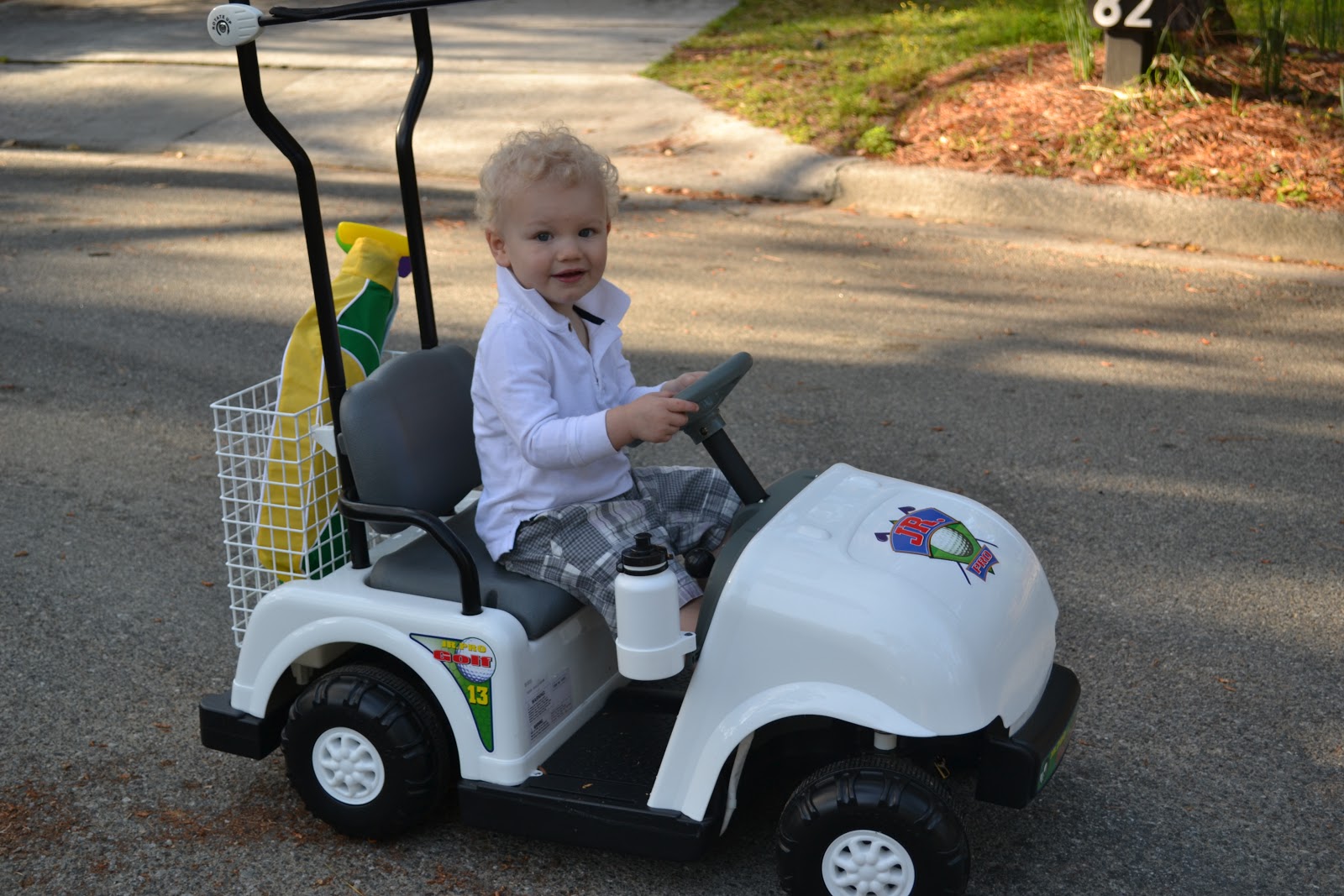 And when he thinks about he just says, "I want to go back to Meme's new house, and ride my golf cart." 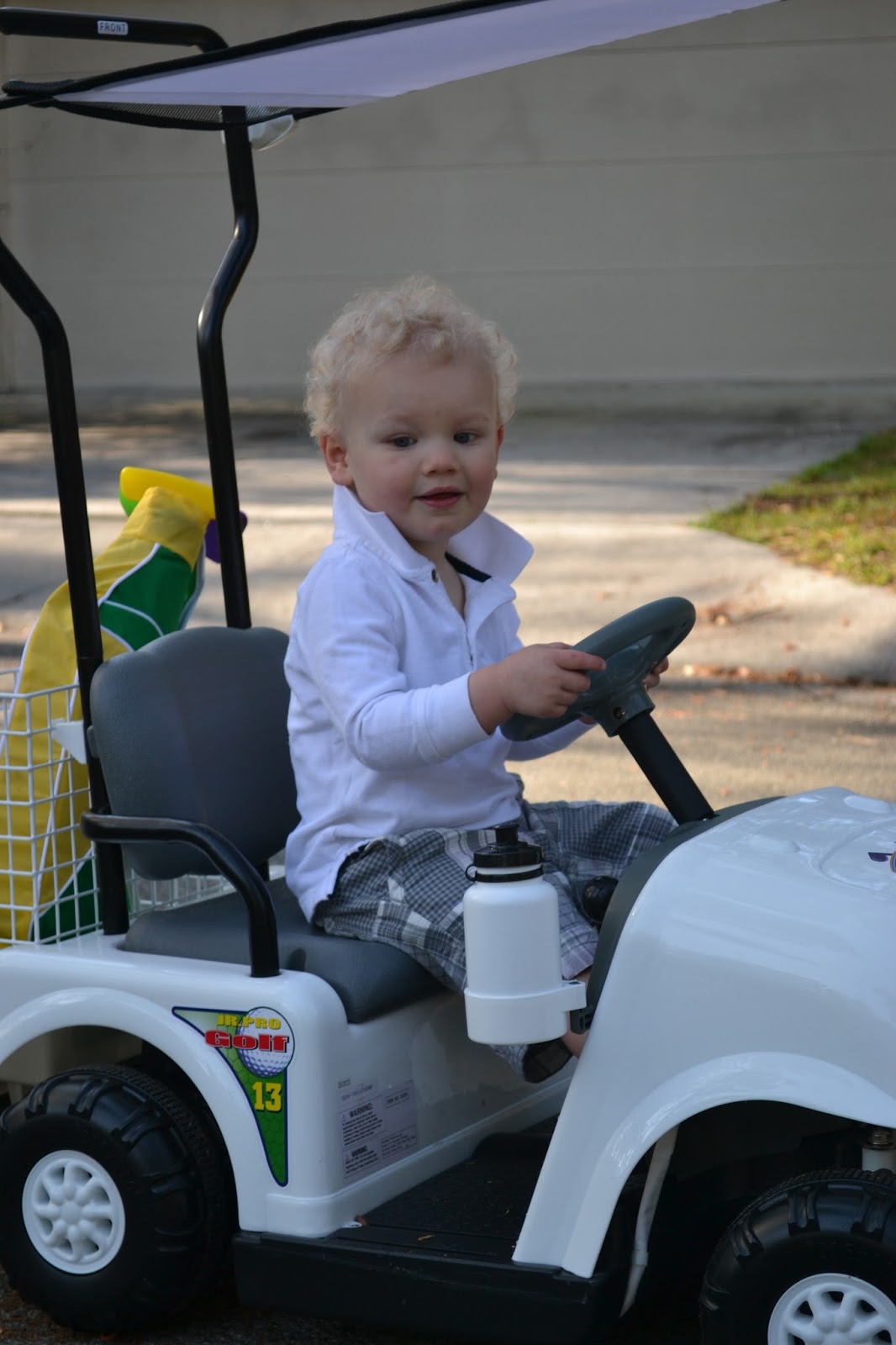 Every once in awhile he would stop and get out his clubs and play. 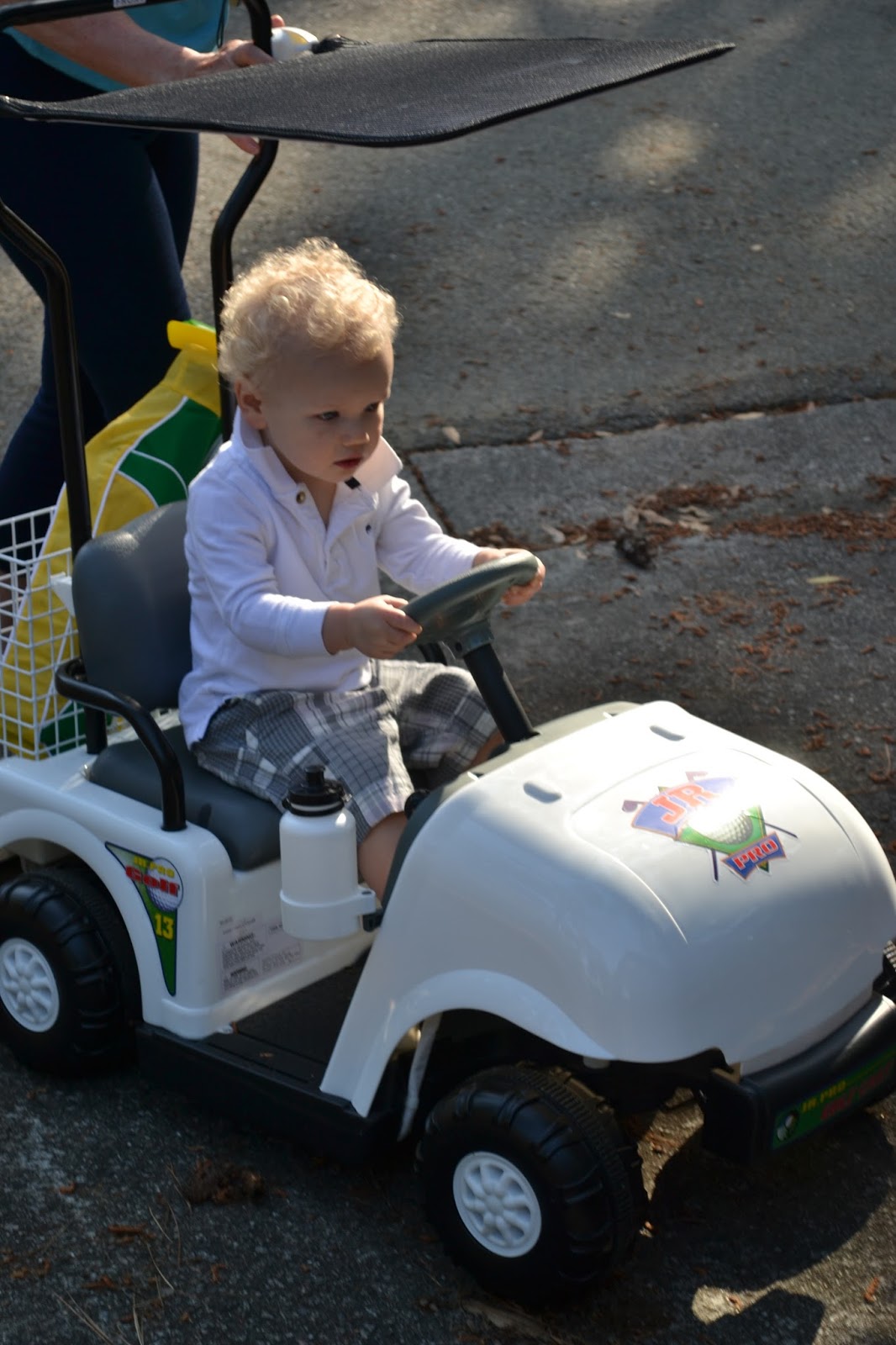 We had to tell him it needed to be charged every once in awhile so he could take a break. 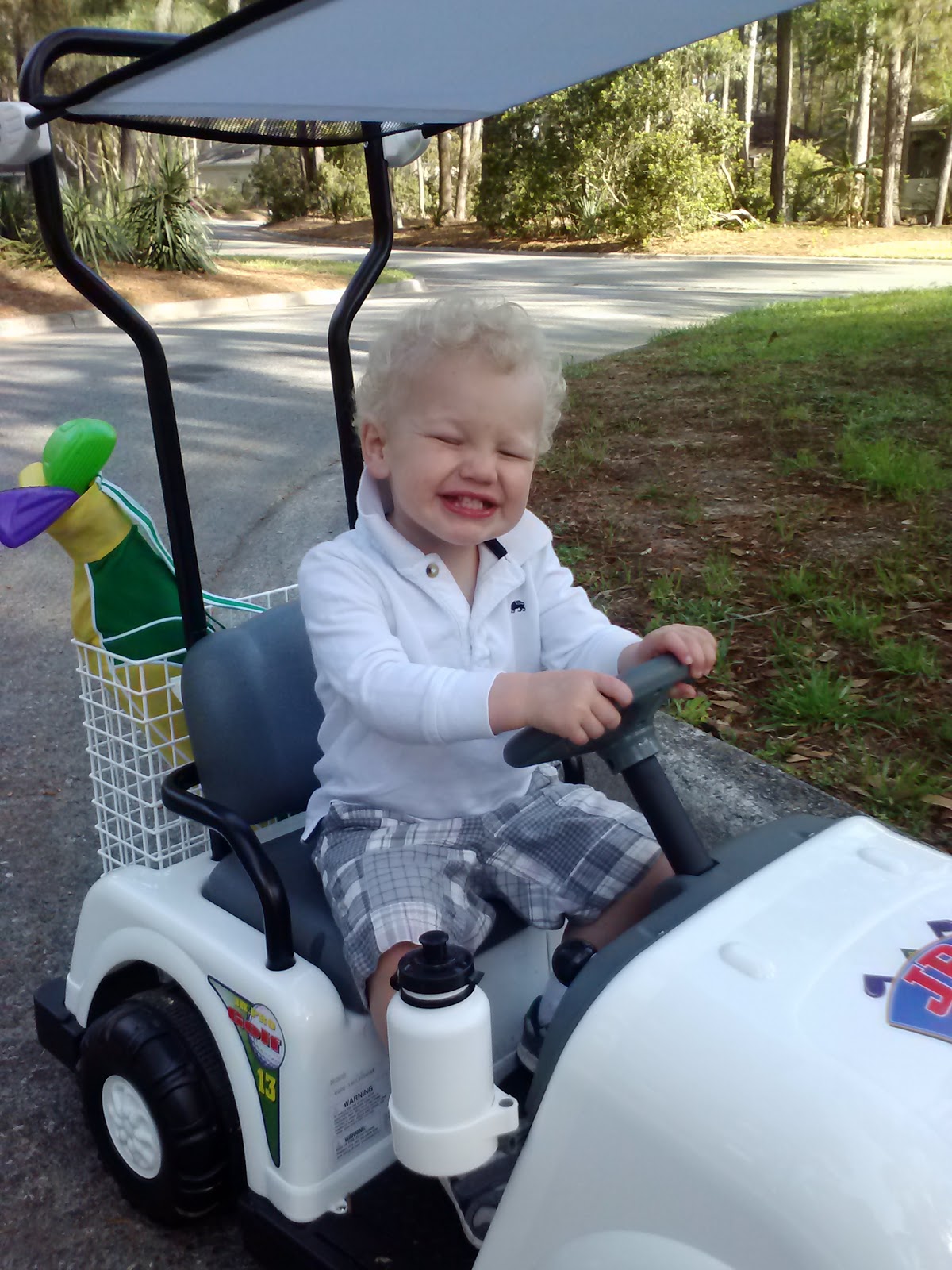 But it was most definitely the best thing he's ever experienced.  It probably wouldn't be as special if he had access to it all the time, so for now, we will just hope for a trip back to "Meme's new house," soon. 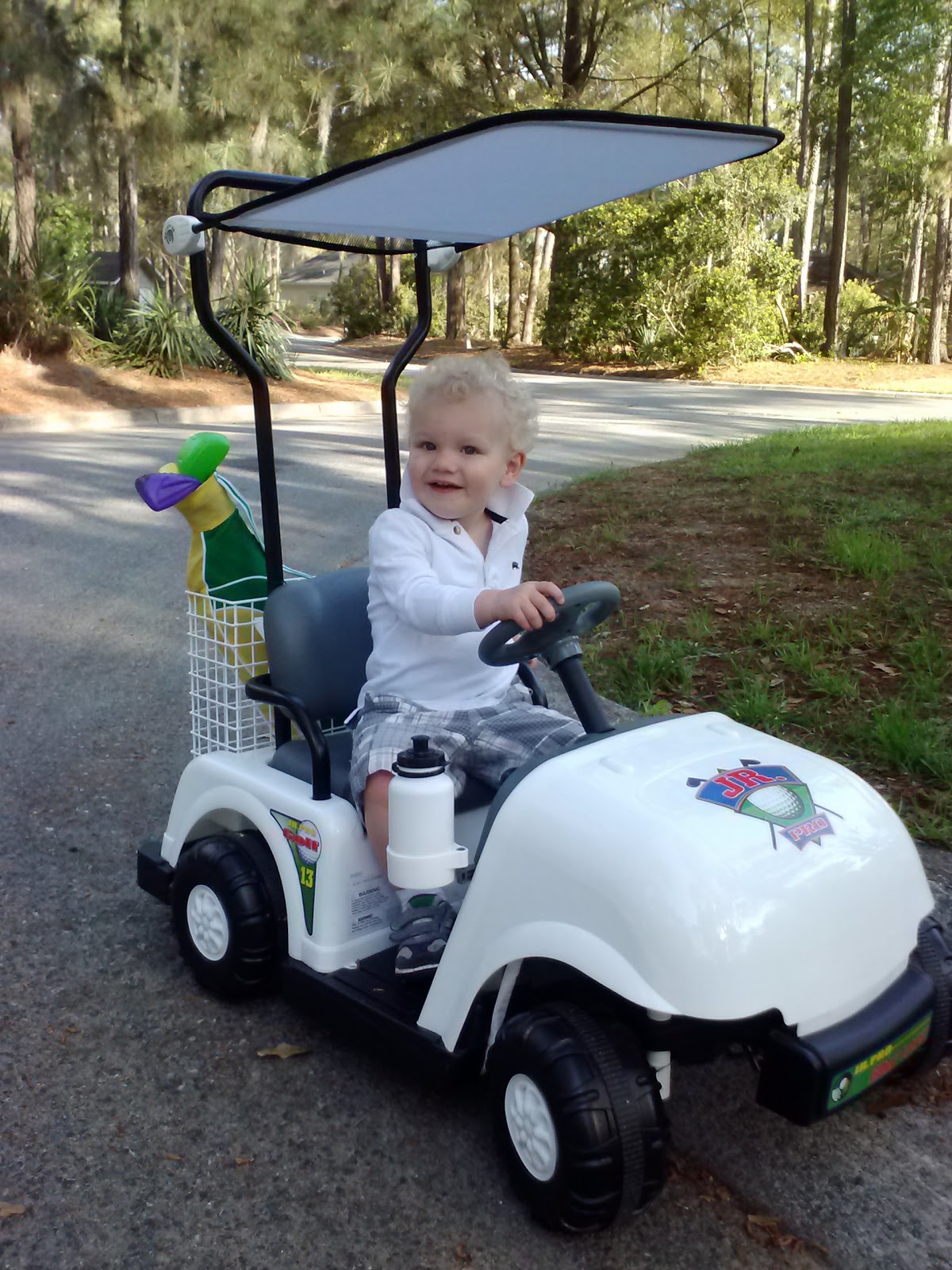