Notice the no caps in the title.  Girls Night Out quickly became a thing of the past. And girls night in became more common.  Our problem was thinking that we could have the kids there for the first half and then the guys could go to happy hour...and then the guys would pick up the kiddos and the girls would have a late dinner. 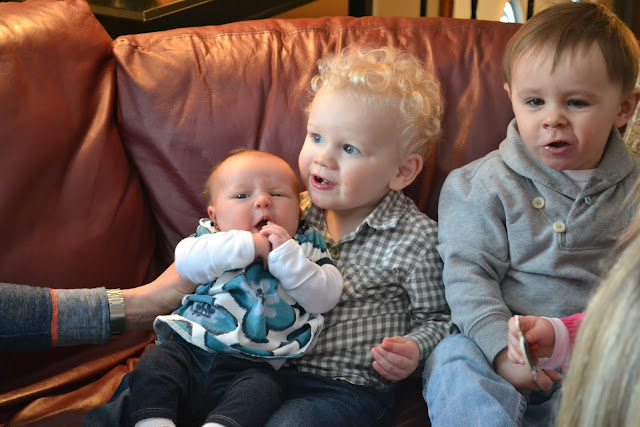 I'm not sure exactly how it happened, but soon enough, the girls had the kids the whole time and then we weren't getting to catch up with each other at all. 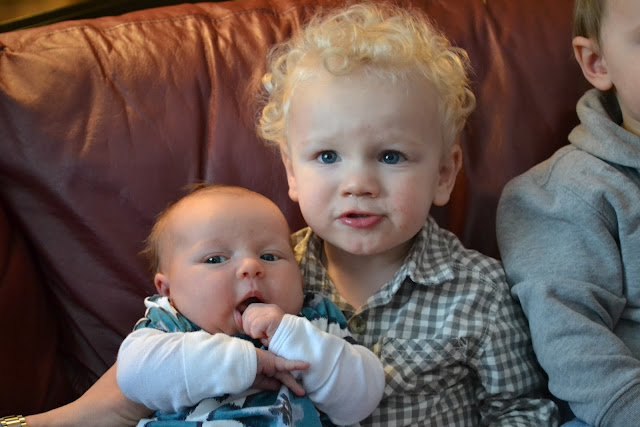 Our time was spent cheering for the kids, feeding them, laughing at them and... 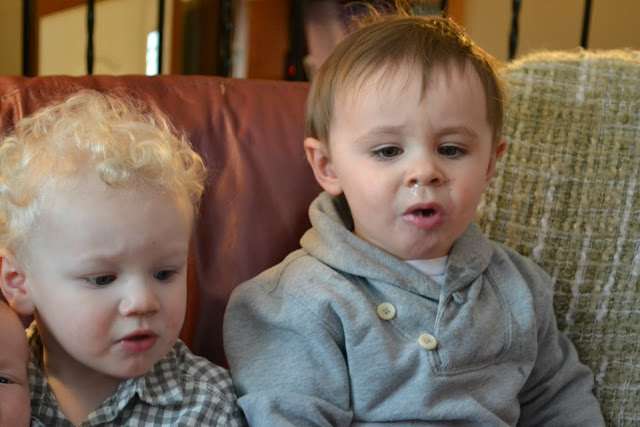 ....trying to get a picture of them.  And I'm being completely serious when I say that this is the BEST one.  Everyone is in the picture. 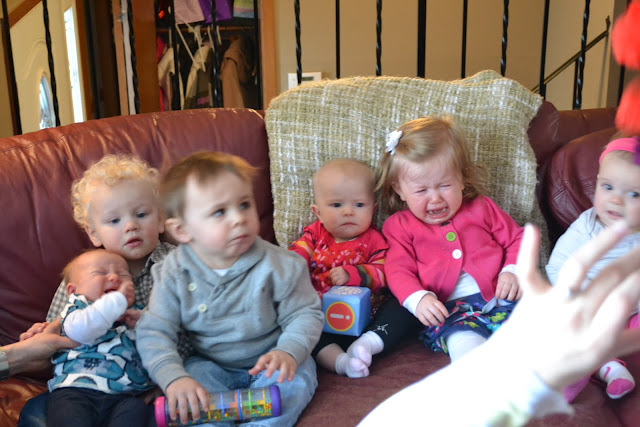 We totally blew it...never again will we attempt an "all-kid" picture unless we want to end the night. :) 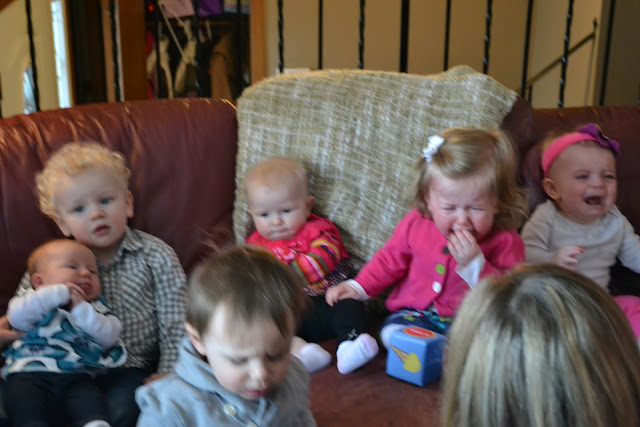 This was successful, however, in prompting new standards for girls' nights.  Some designated with kids and some without...both incredibly fun, but kids and catch-up don't really go hand in hand these days.  Lesson learned.
Posted by Lesley at Monday, July 01, 2013