One week before Hattie's due date, Griffin, Meme and I went to the Mall of America to Nickelodeon Universe, basically an indoor amusement park.  We didn't really know what to expect and if there would even be rides that Griffin could ride on.  But, we found the Big Rig ride right away and pretty much could have bought an unlimited pass to this one ride. 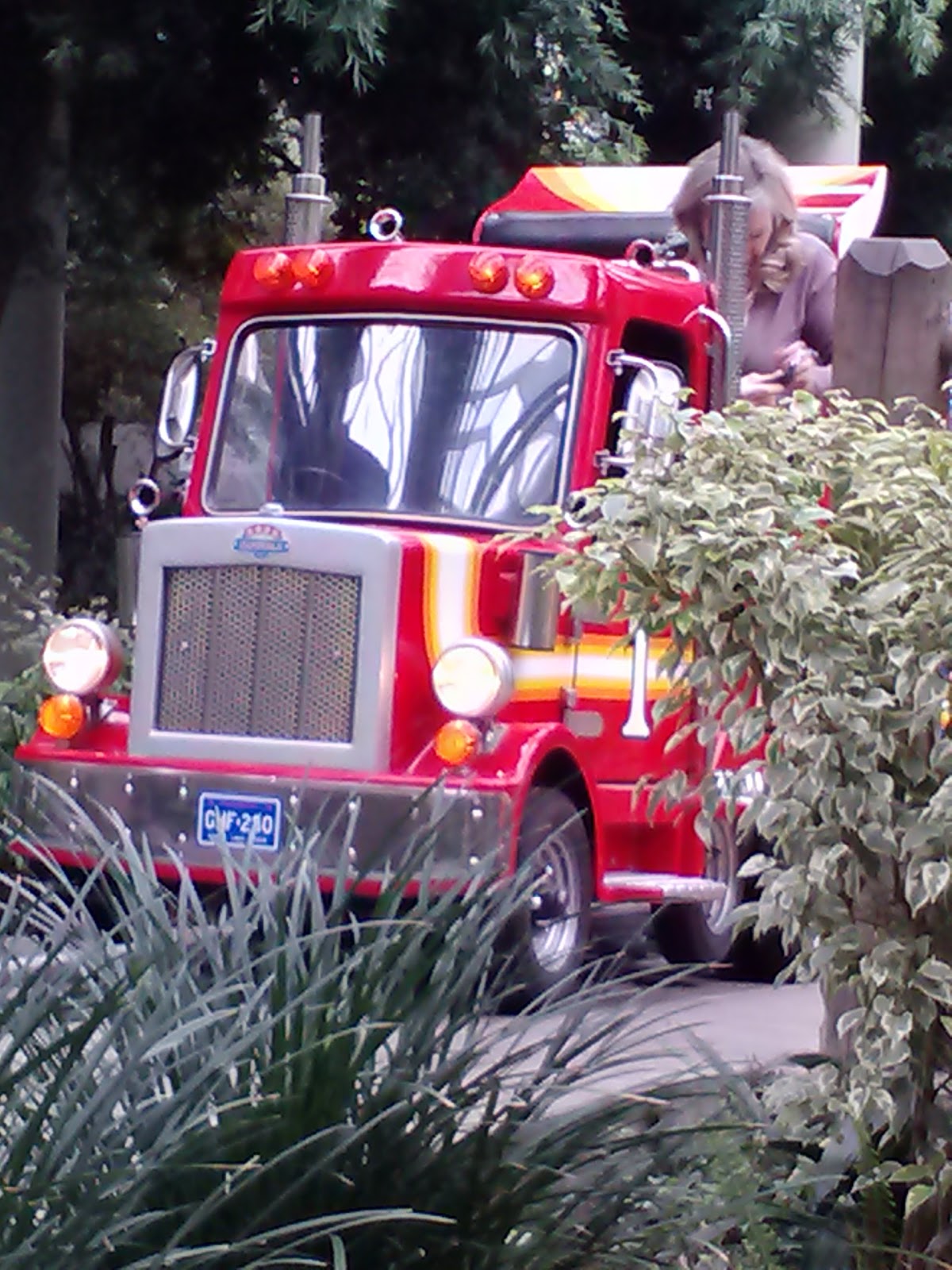 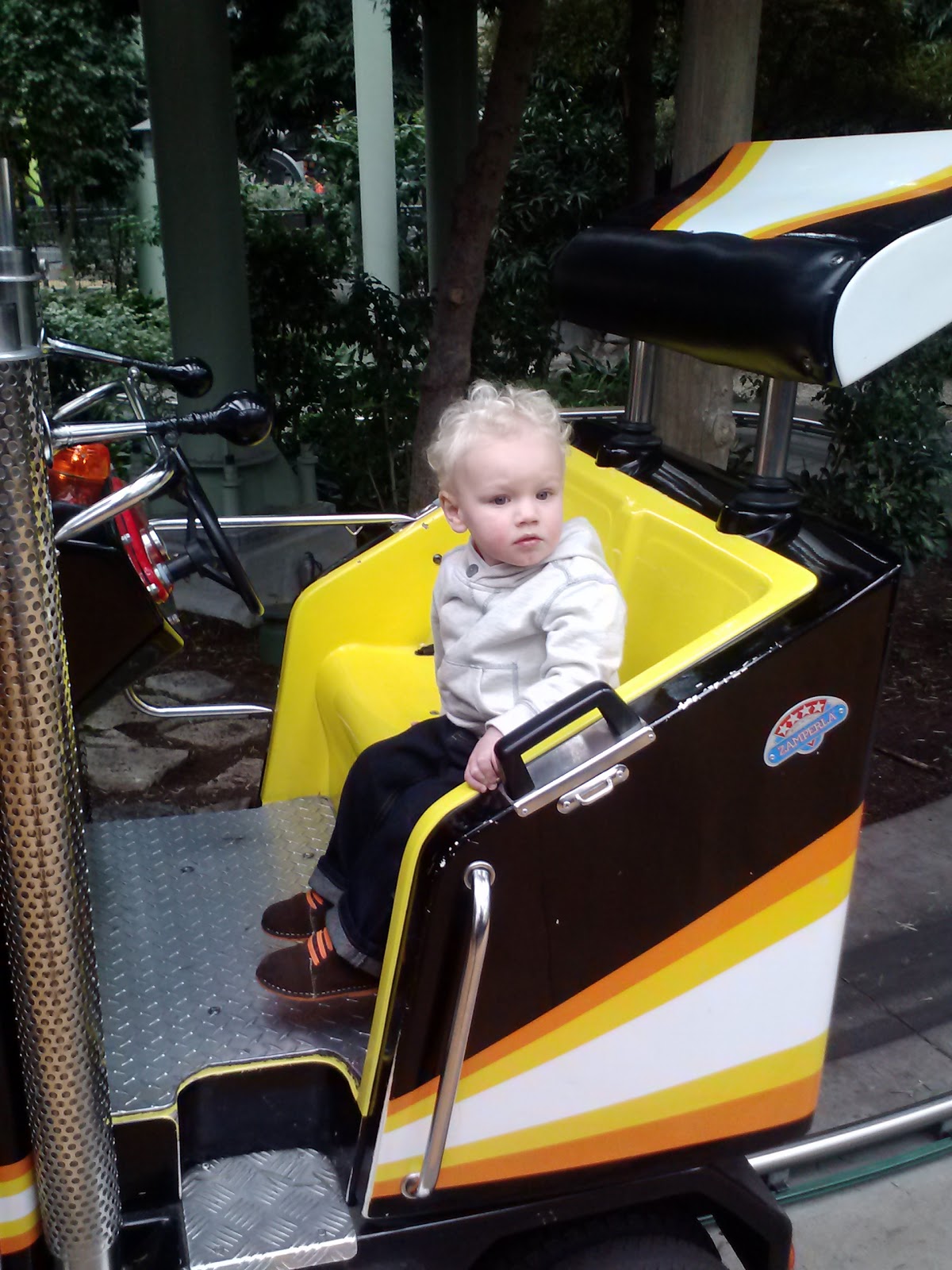 Each time the ride came to an end, his immediate response was, "Ride the trucks, AGAIN." 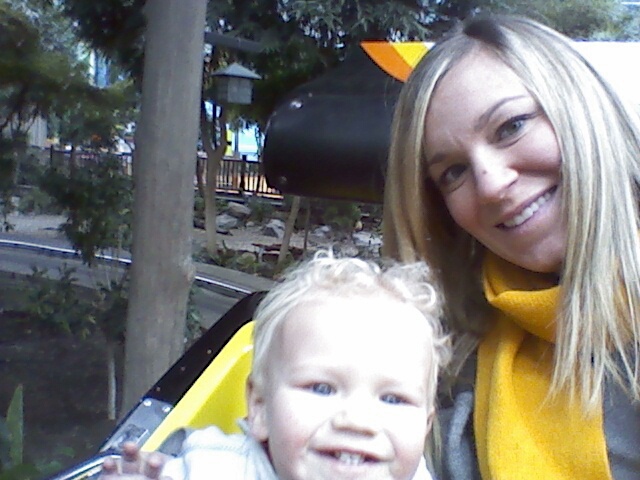 ﻿
Here he is trying to concentrate on driving while I'm trying to get him to "wave to dada."  He also says he's driving a dump truck.
We probably rode the trucks 10+ times.  Meme and I alternated and I have to admit it was pretty fun.  Even more fun to see him enjoy doing something sooo much. 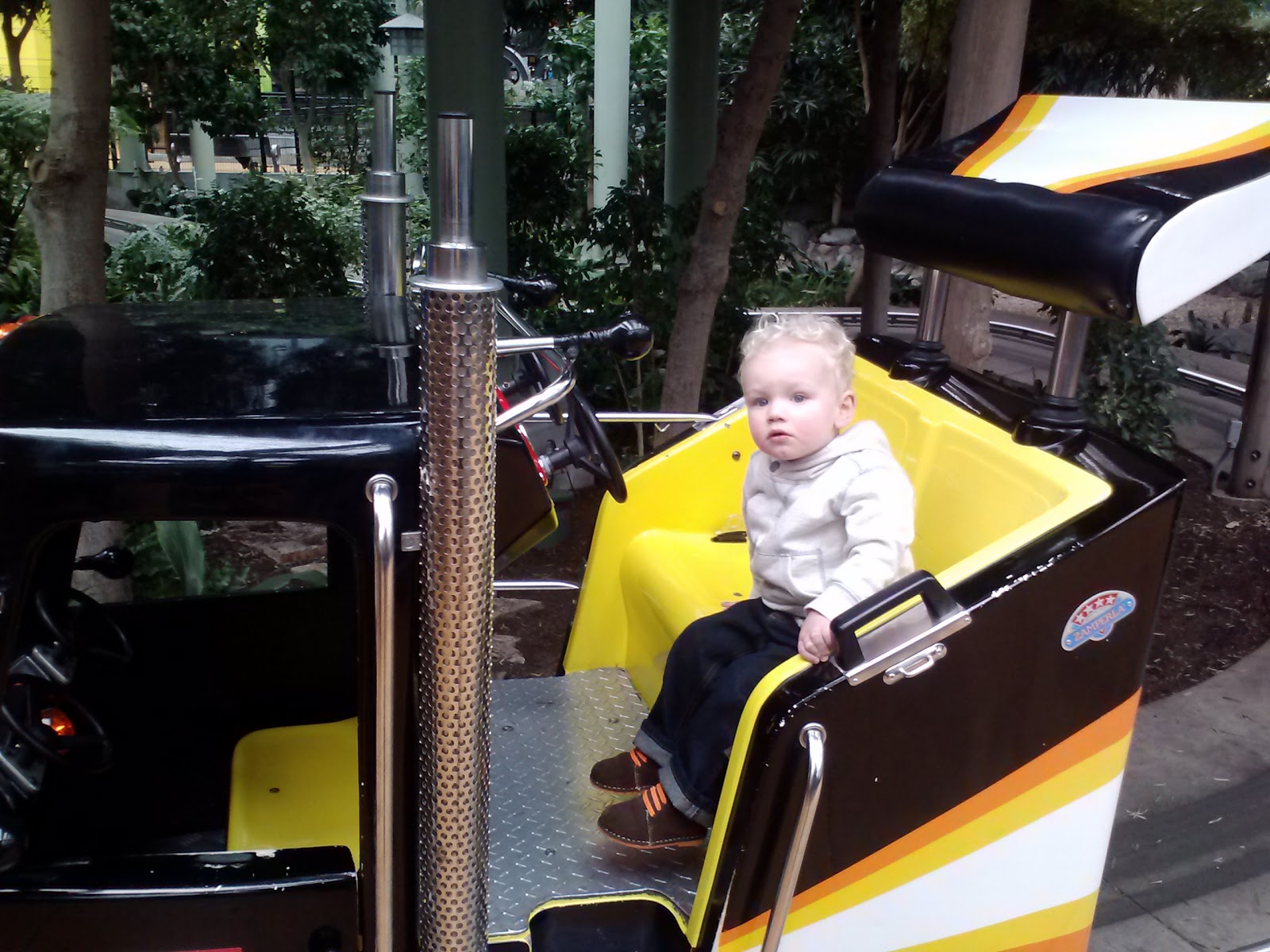 We attempted to try a few other rides, he found a bus to sit in.... 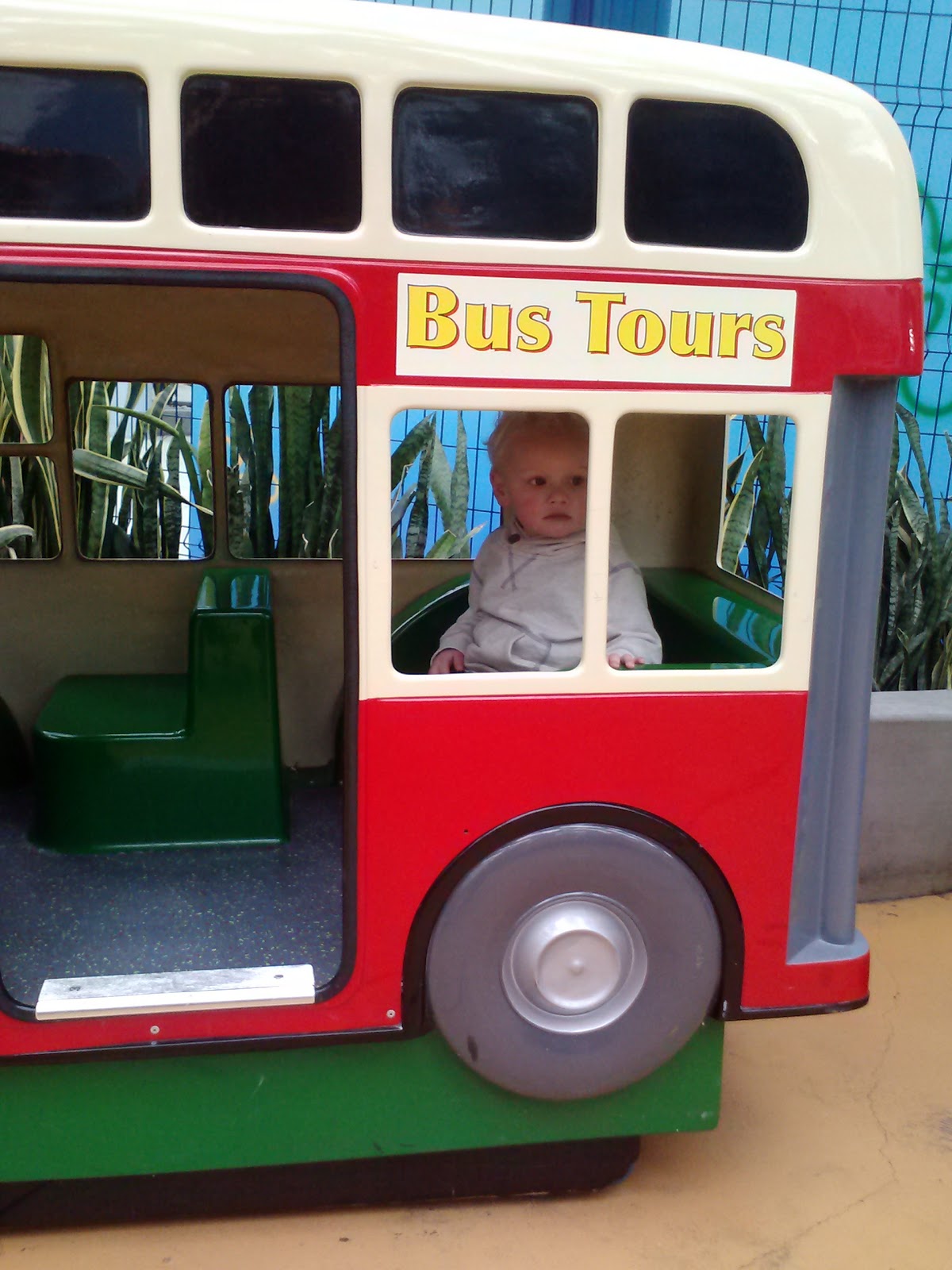 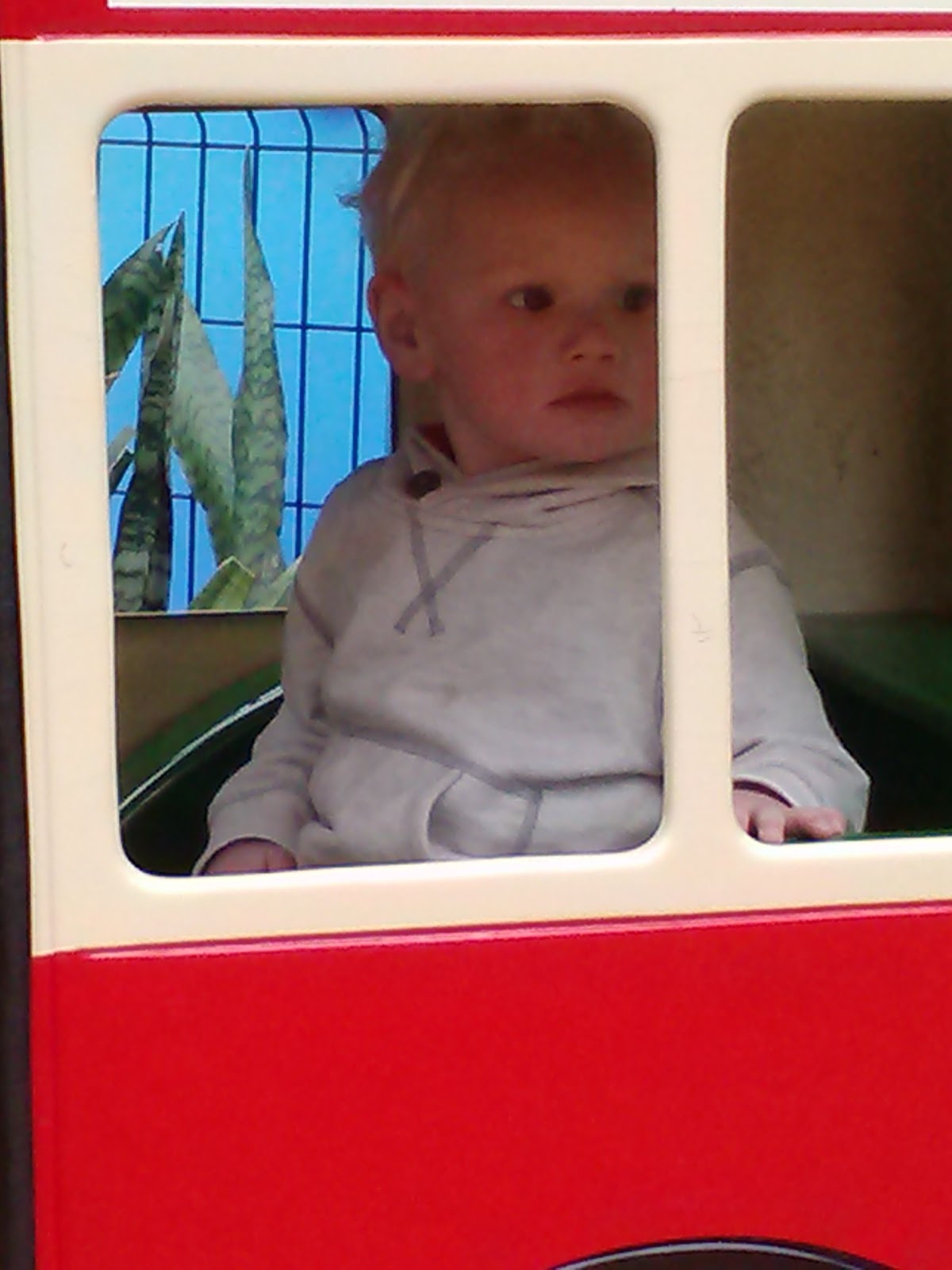 And he rode a Diego Bus with Meme that ended up being a little scary.  Here he is trying to wave at me:). 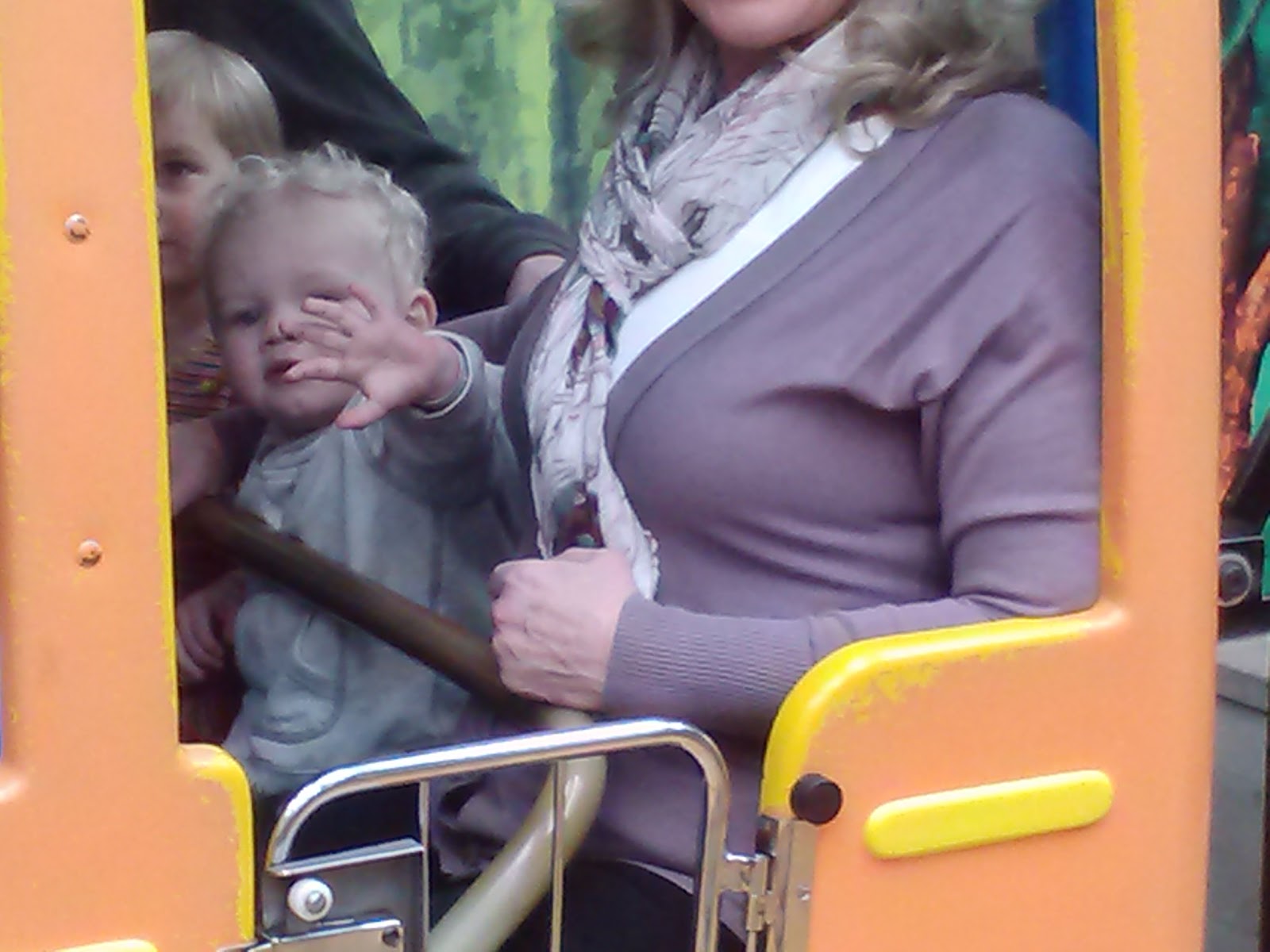 He loved the Carousel once we convinced him to ride it (we bribed him with another turn on the trucks). 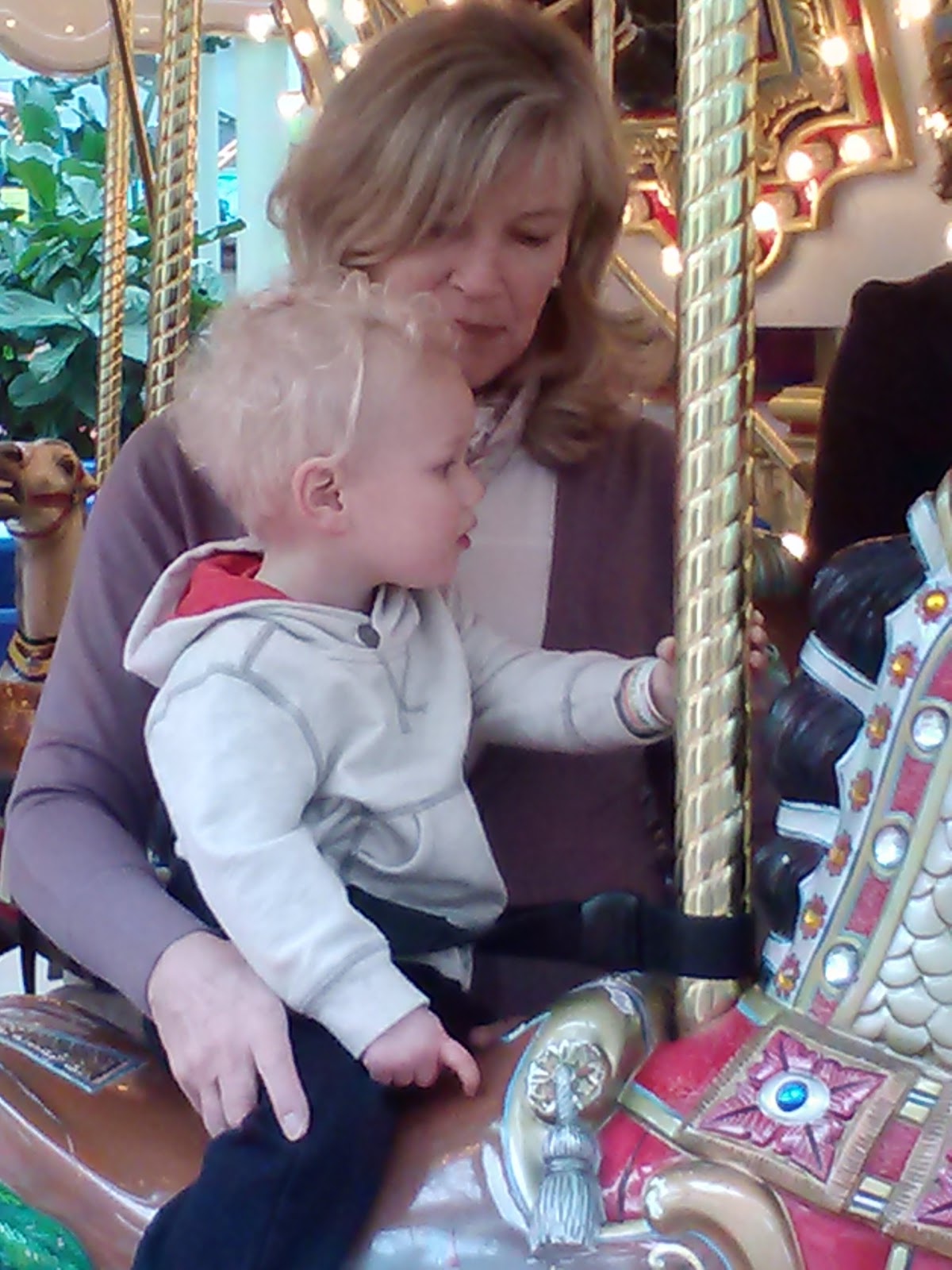 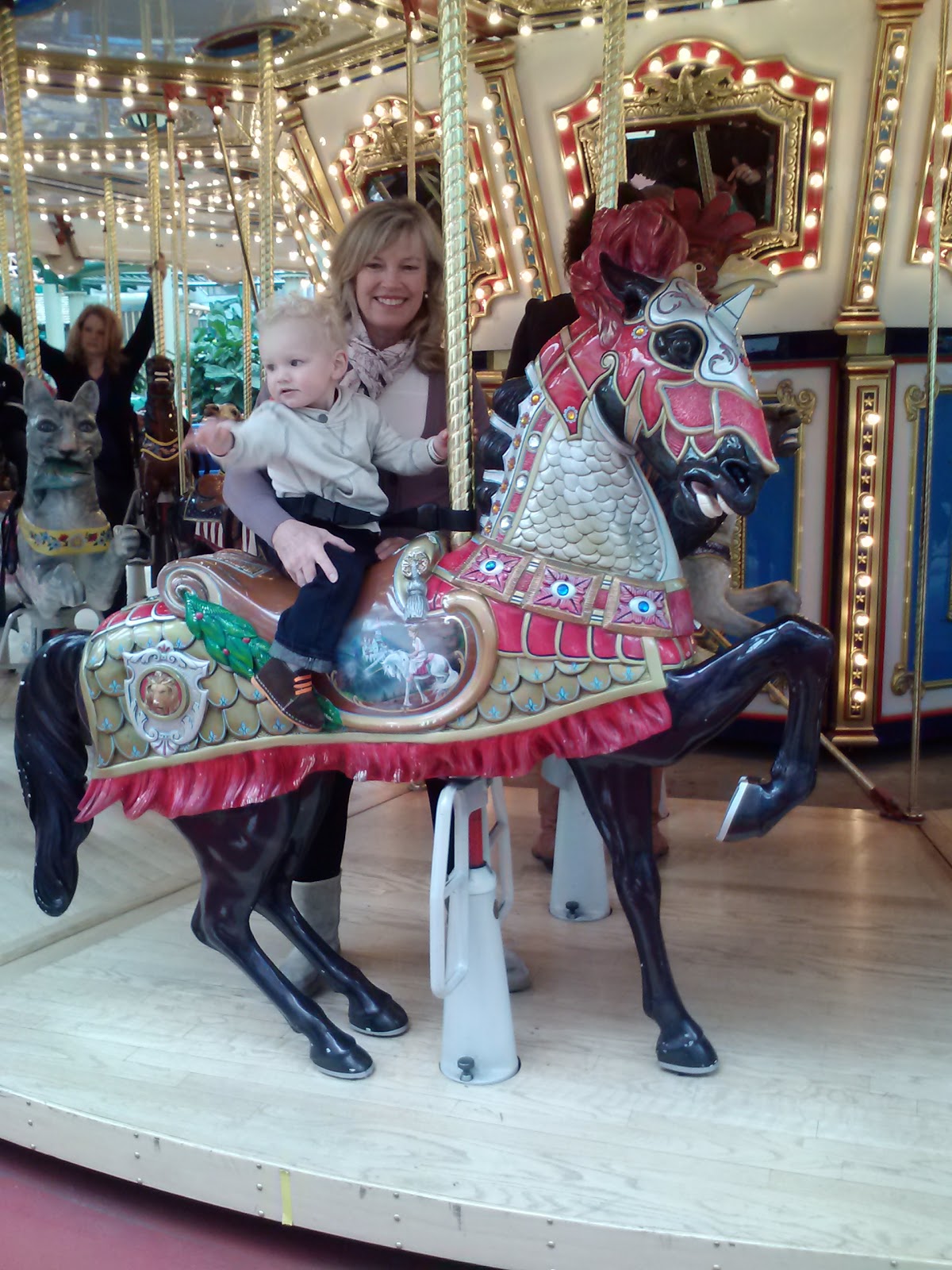 And here he is enjoying himself on the black horse with Meme.  It was such a fun morning, a perfect way to spoil him as an only child one last time (Hattie was born 3 days later!) and definitely an experience he will be talking about for a long time.