Hoot-Hoot for Hooter Hiders.  Or Utter Covers, or just a plain old Nursing Cover.  Whichever you prefer.  My sister-in-law got me my first nursing cover when I was having Griff, and it was in my diaper bag at all times.  However, I wasn't super confident nursing in 'public,' so I quickly resorted to pumping and bringing bottles wherever I went.  But after a year of that, I was left feeling....burned out, to say the least.

So this go-round it is one of my goals to be more confident in nursing.  Wherever baby sister get hungry, still using my own discretion based on comfort.  In order to pump myself up (pun not intended) for using my pump less, I decided making a few new nursing covers would allow me to camouflage myself depending on the situation.  Maybe one with a gray tone, a black tone and brown tone?  My current nursing cover is green....so I've got my bases covered.

The Pinterest Challenge comes up seasonally throughout the year.  It is hosted by some awesome bloggers like Katie at Bower Power and Sherry at Young House Love, as well as some guest hosts, Megan at The Remodeled Life and Michelle at Decor and the Dog.  And basically it is a challenge to get to do-ing some of the stuff you've pinned on Pinterest.

In the past I have made personalized onesies, fabric art, duvet art, and a capiz ceiling light.  I still make personalized onesies and fabric art.  The duvet has since been switched out for something more seasonal and as for the capiz, I doubt I will ever make one of those ever again--unless I have 100 hours to fill and am reeeaaalllly bored.

I hopped on Pinterest to get a few ideas about nursing covers.  At first glance there were a few options to just buy them.  But what would be the fun in that!?  A girl who's in her last week of pregnancy and has everything else ready to go, needs a nesting project:). 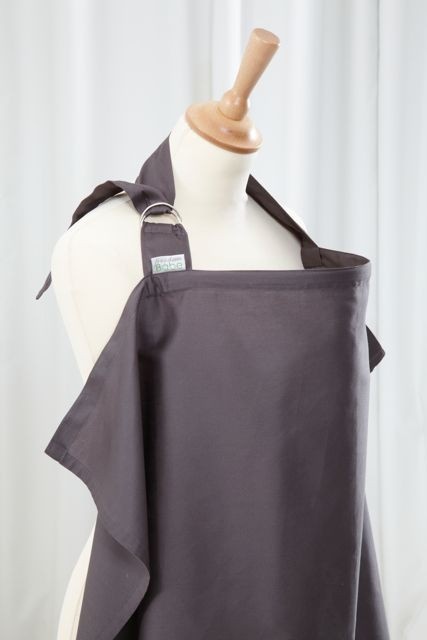 But I wanted something a little less "art-smock" looking.  And I think they nailed the advertising on this one.  Because this is what I look like breastfeeding.  Enjoying the beautiful weather all wind-blown and smiling.  This one was being sold on Amazon for $38.99.  Does that price include the hair and far off gaze?  Anyway, I thought I could make one for cheaper. 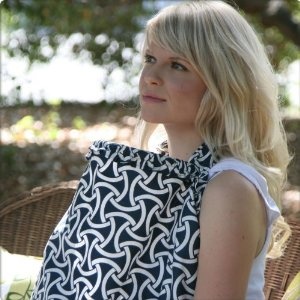 Here was one DIY tutorial from Prudent Baby.... 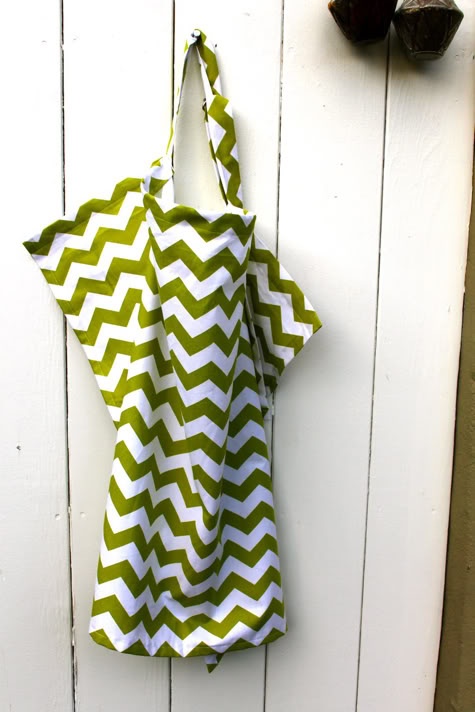 And another from Freshly Picked.... 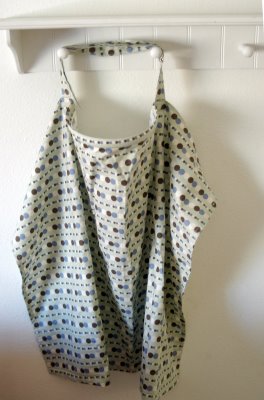 I used both tutorials to get the right process, and if I were you I'd consult and follow them, because they both covered the process (again--pun not intended but I'm pretty pun-y today!) way better than I could.
While this picture implies I made two....I actually ended up making about 9 of them:).  Not all for me of course, but I have a lot of friends who are about to become first time mommies so I got ahead of the game for shower gifts:). 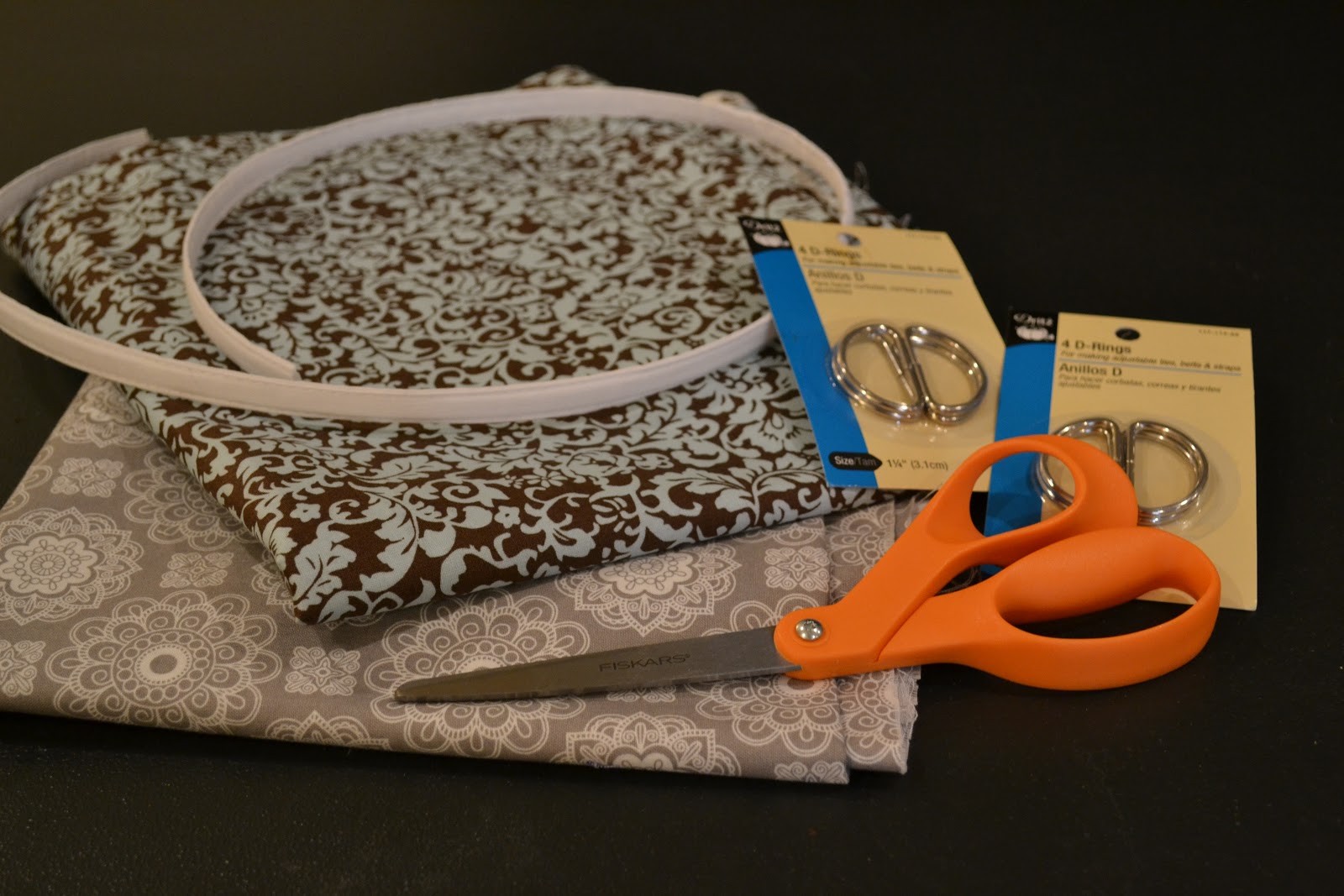 I was too impatient to wash the fabric first (which you should do) but I did iron it. 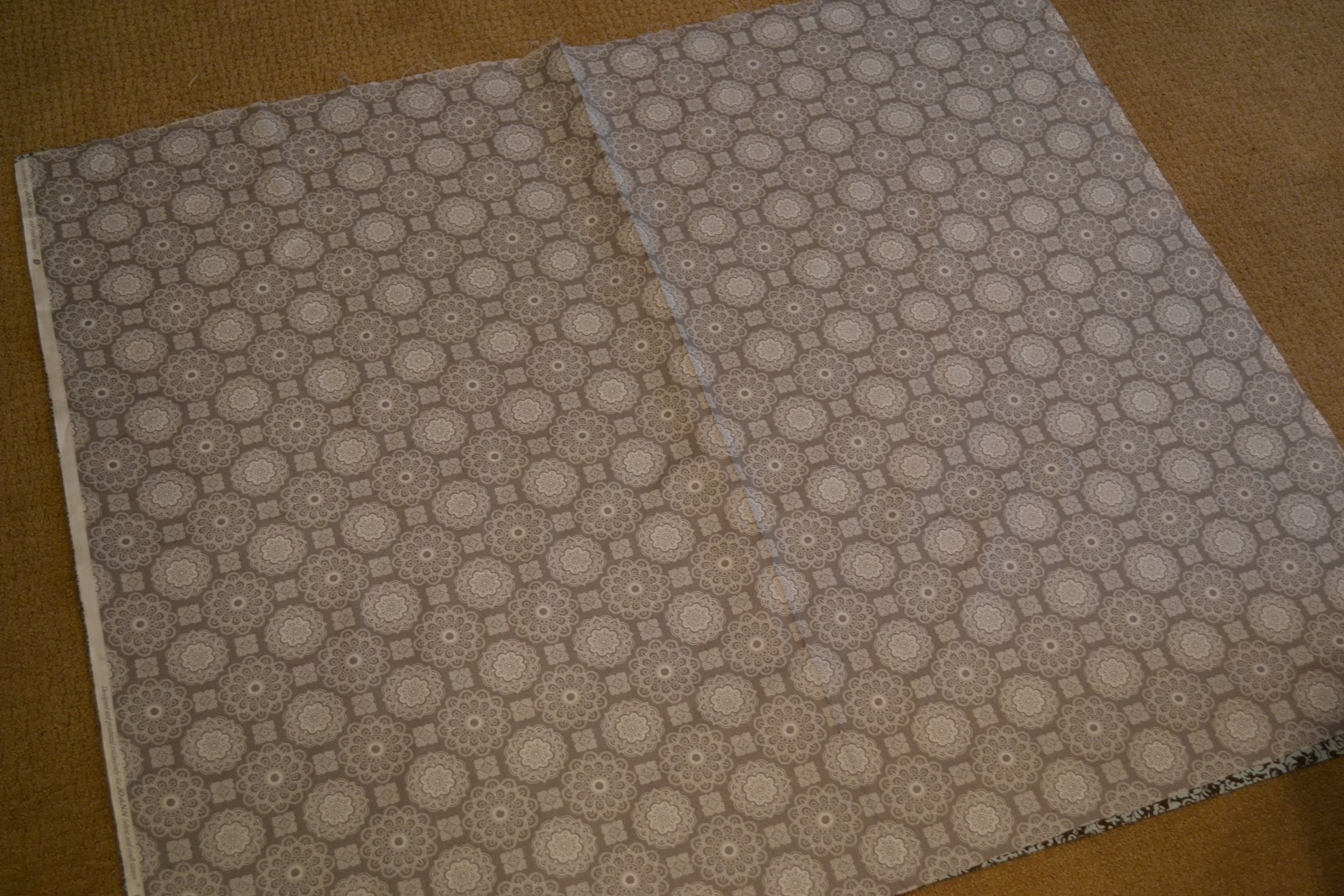 Making the hems was pretty easy....and quick compared to making the straps. 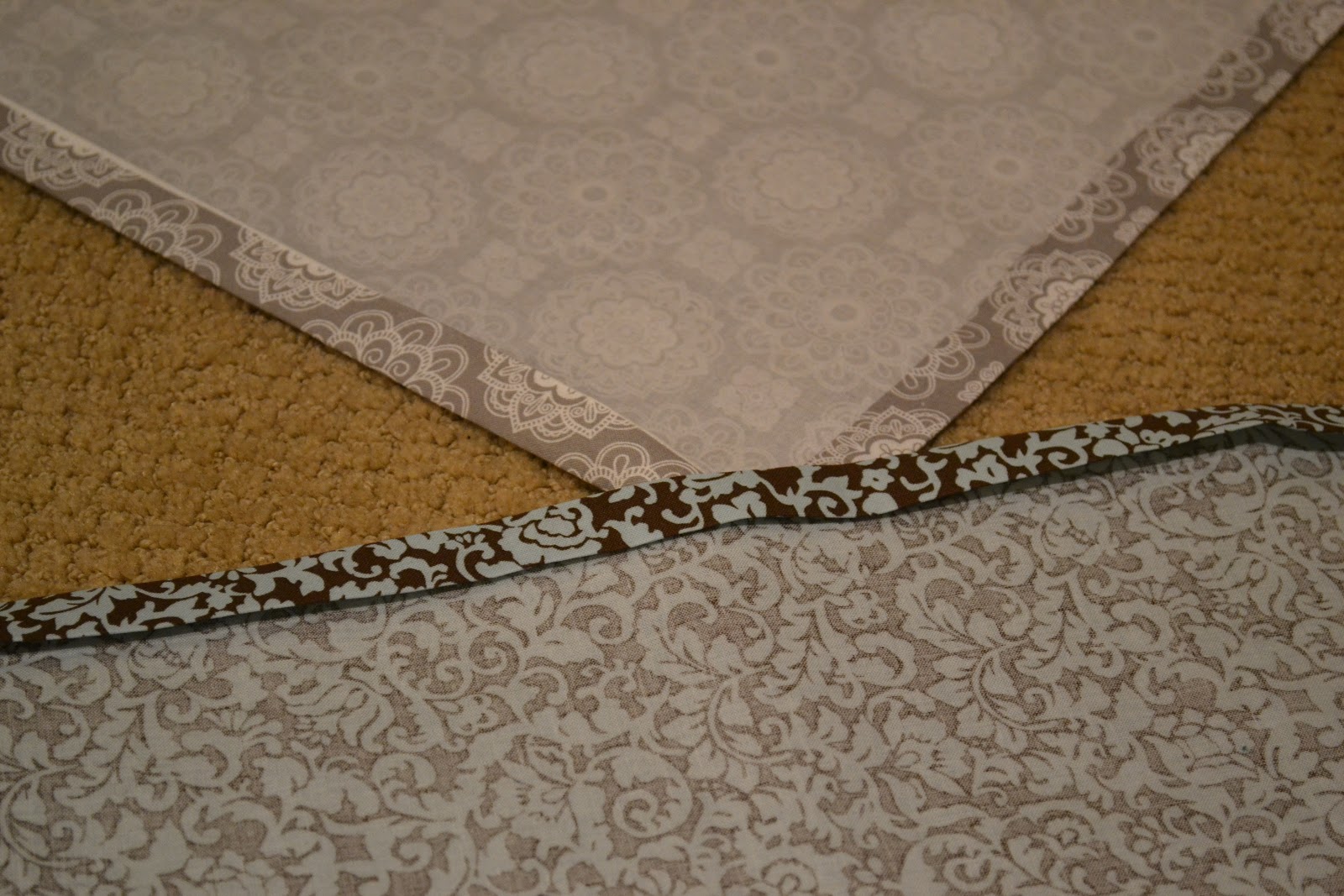 Sewing and over stitching the straps was really no biggie, it was turning them right side in that took forever.  Like the last two episodes of Downton Abbey (which I think was 3 1/2 hours total). 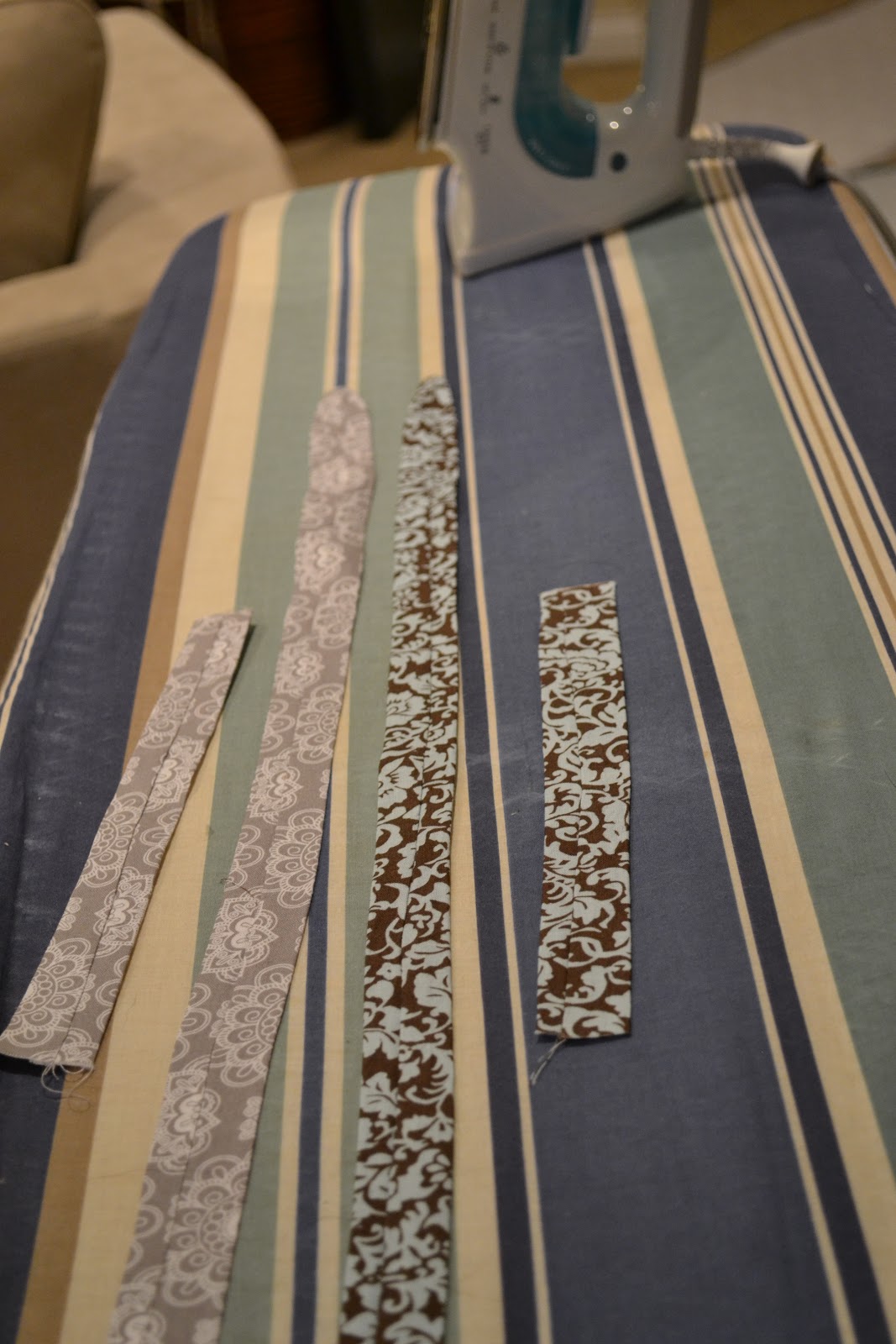 Skip along a few hours and here is the final product! 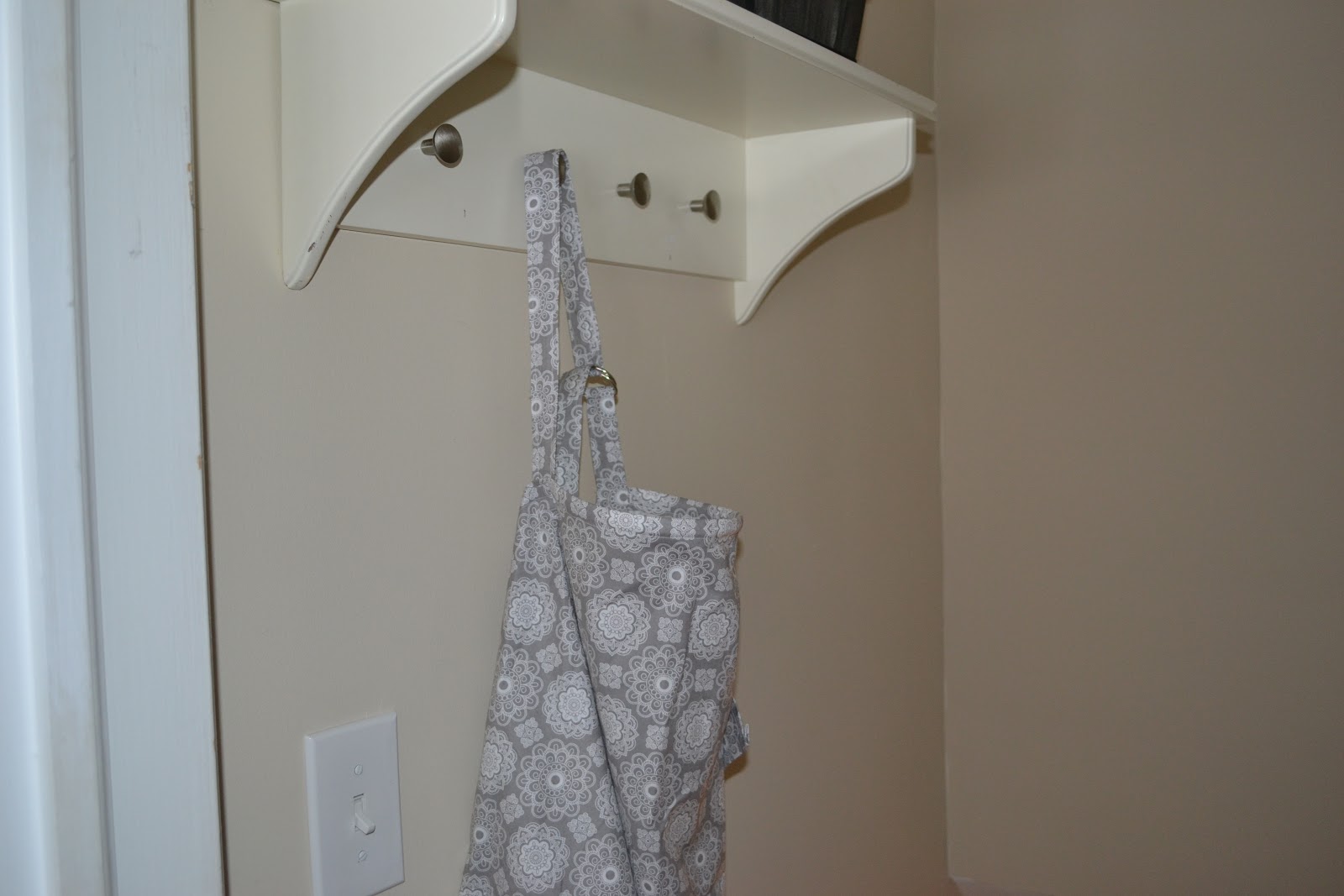 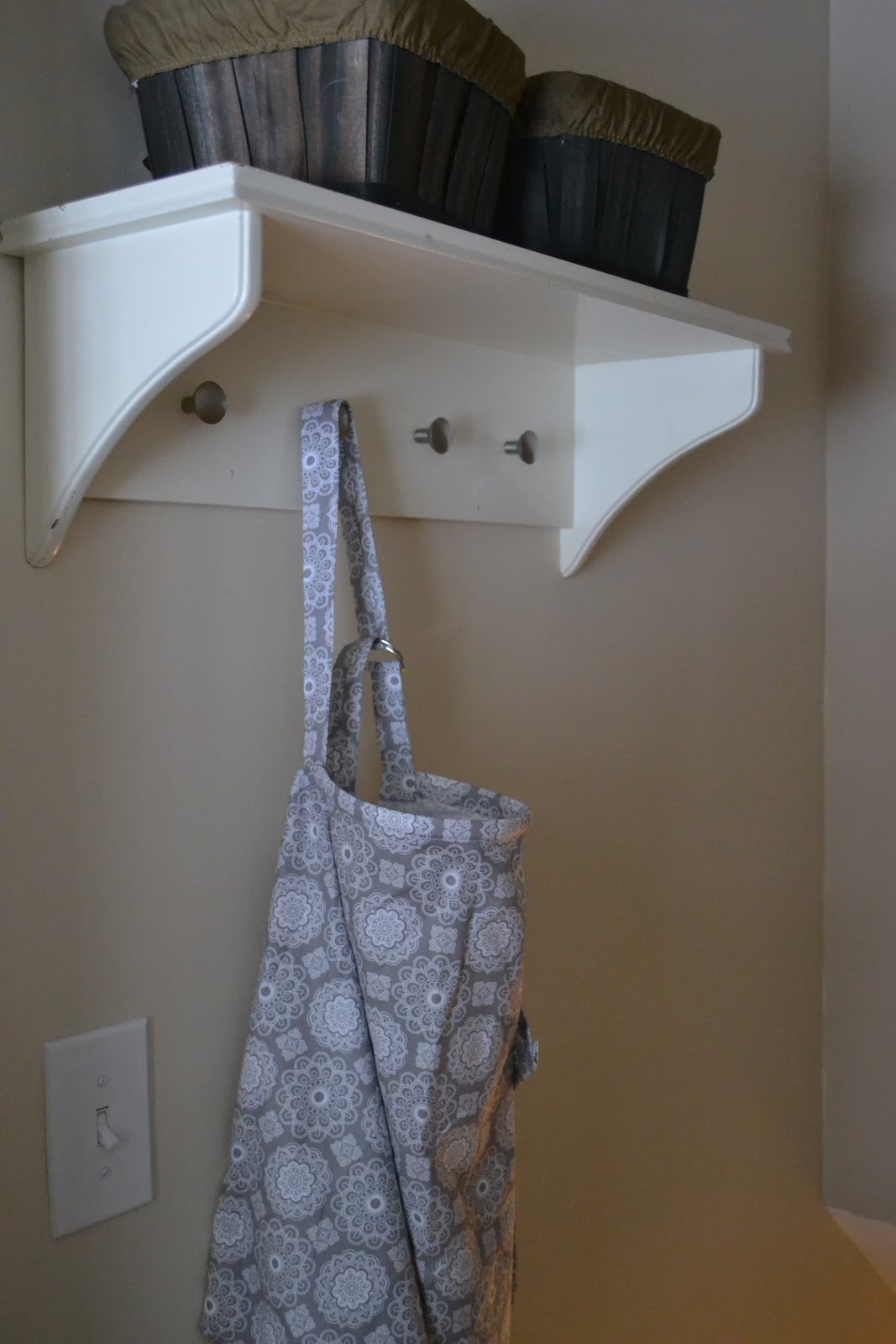 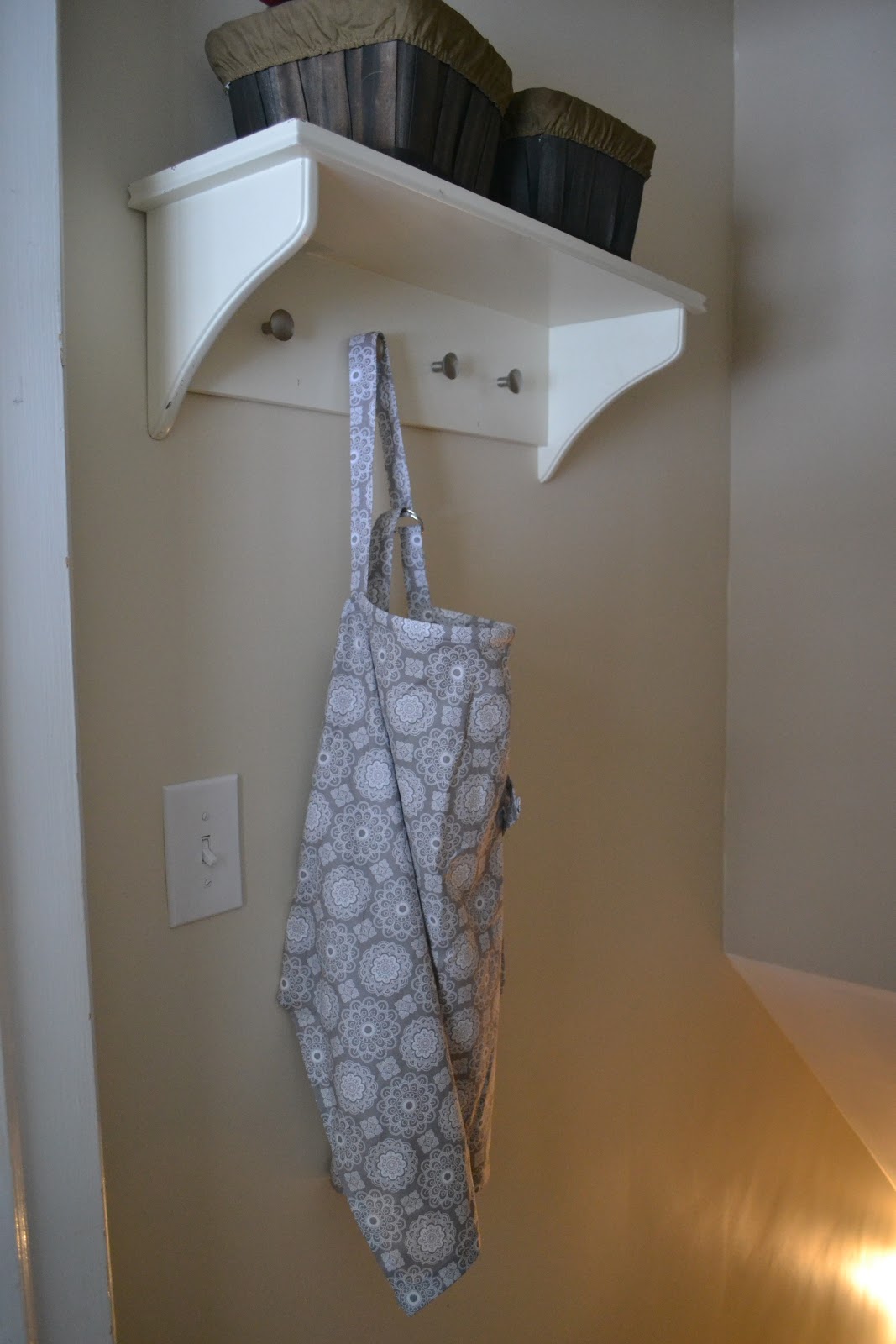 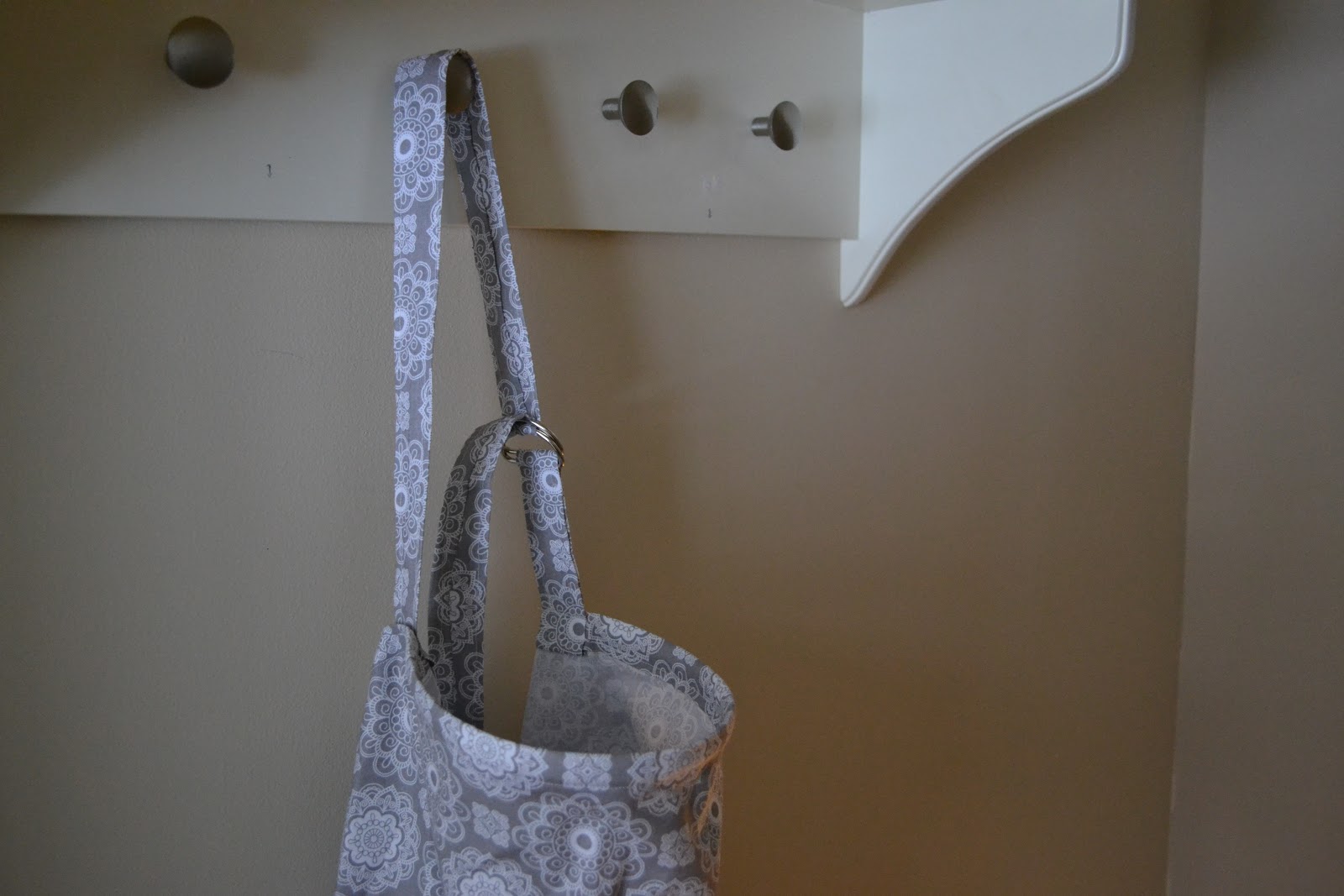 But, some tips I could offer:
-use a pin when trying to turn the straps right side in (that was by far the most time consuming part)
-don't bother with pinning....it doesn't have to be perfect (but then again I'm not a seamstress:)
-DO sew the boning on one end before trying to feed it through
-Don't forget how to wind your bobbin, otherwise you'll have to waste a lot of time doing it by hand (like me:)
Cost:
-1 yard of fabric: $2.50 (50% off and I had a 50% off coupon!)
-D clips ($1.25)
-16 inches boning ($1.99)
Total: $5.74
Whoopieee!  I totally saved  $35, from buying one online and I have leftover scraps already making themselves into headbands!
﻿ 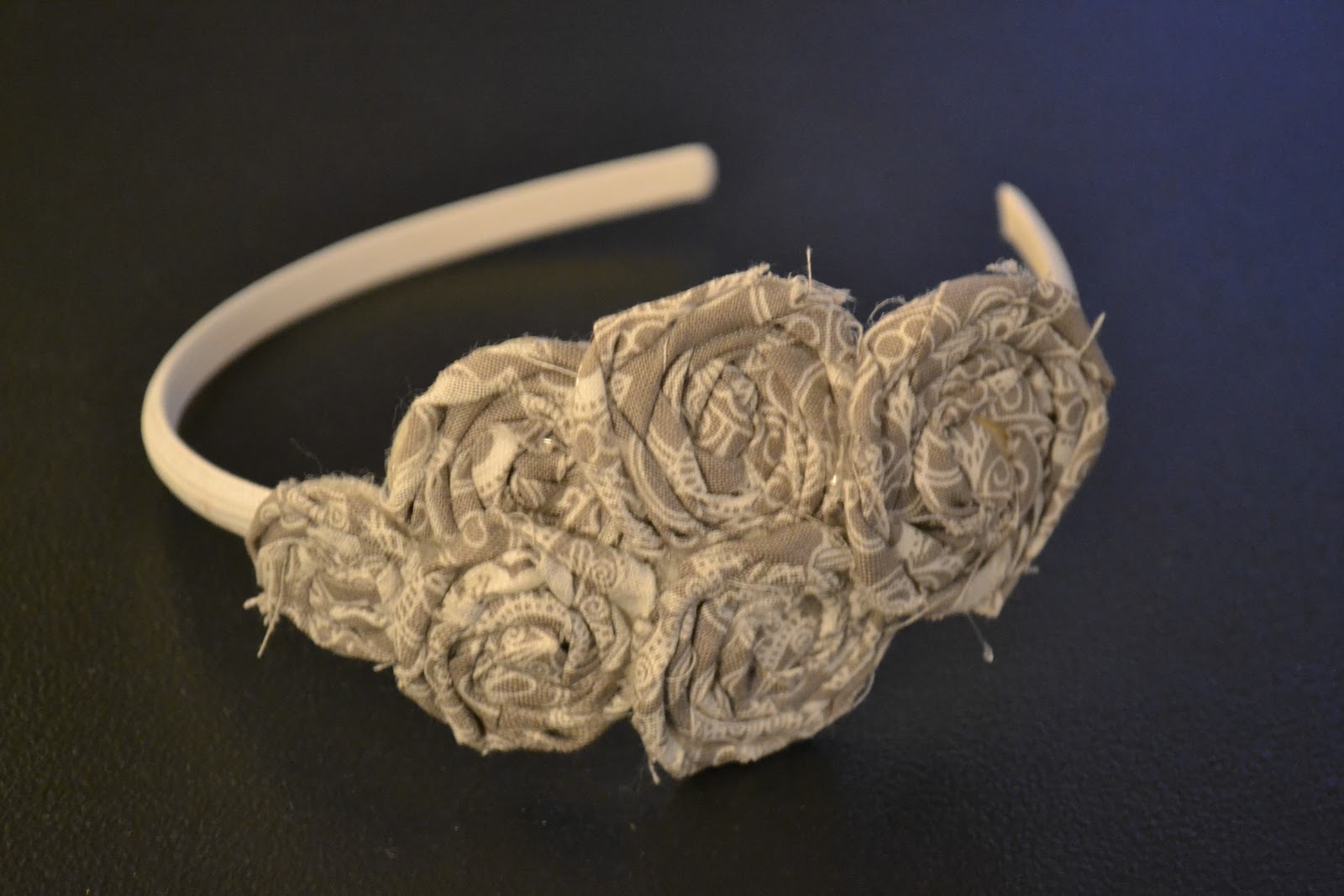