Griffin might be slightly partial to the Vikings at the moment (even despite their pathetic season ending loss to the Packers), because we have just had however many weeks of football.  But he has recently started getting interested in basketball.  Or "watching dunks."  He did get their name a little confused after Nate had called them, "Timberwolves" and "Timberpups."  When Nate headed to a game one night with some buds I asked Griff where Dadda went and he said "Dadda go to watch Timbercows."  Wrong animal, right intention. :)﻿ 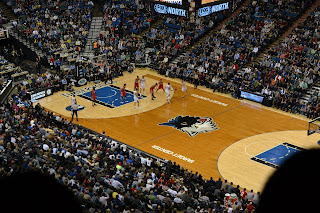 Anyway, for Christmas every year, Uncle Tom gets us all tickets to something.  A play, comedy show, etc.  This year we got T-wolves tickets!  Which was great because that meant Griff could come to his first Timberwolves game.

This is what he looked like for most of the game.  He was enamored. 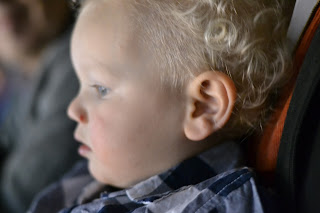 We stayed until about 5 minutes left in the 4th quarter. Longer than we had ever dreamed of making it, and we only left because it was late....he probably would have loved to stay longer.
﻿ 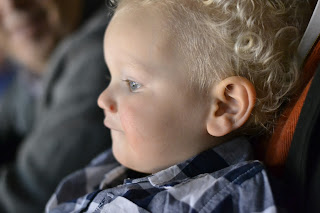 It was a great first experience at Target Center for the guy.... 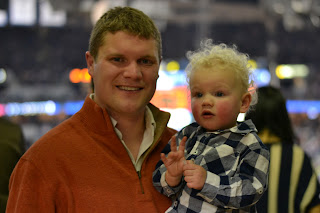 Thanks Uncle Tom, it was a Christmas gift we will never forget! 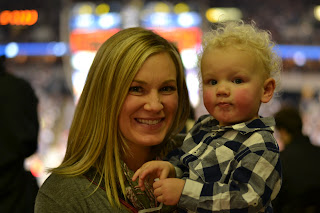