In other words, Griffin's first haircut. 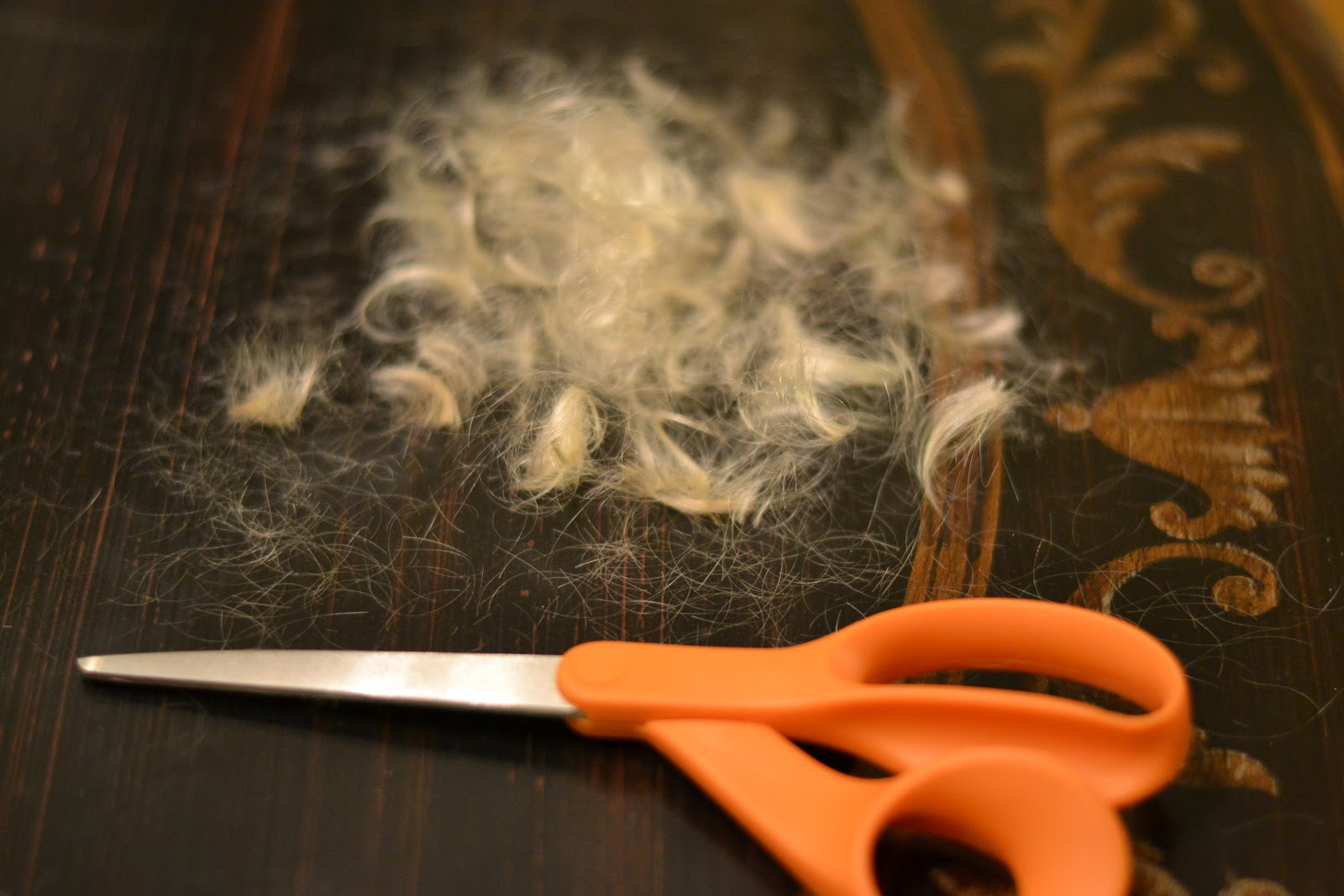 What prompted this haircut when his lovely blond curly locks are so well-matched to his personality?  Well, bathtime was getting a little too involved.  I was spending more and more time each night slathering up his twizzle with heavy duty conditioner and attempting to comb it out without getting giant chunks of his hair stuck in the comb. 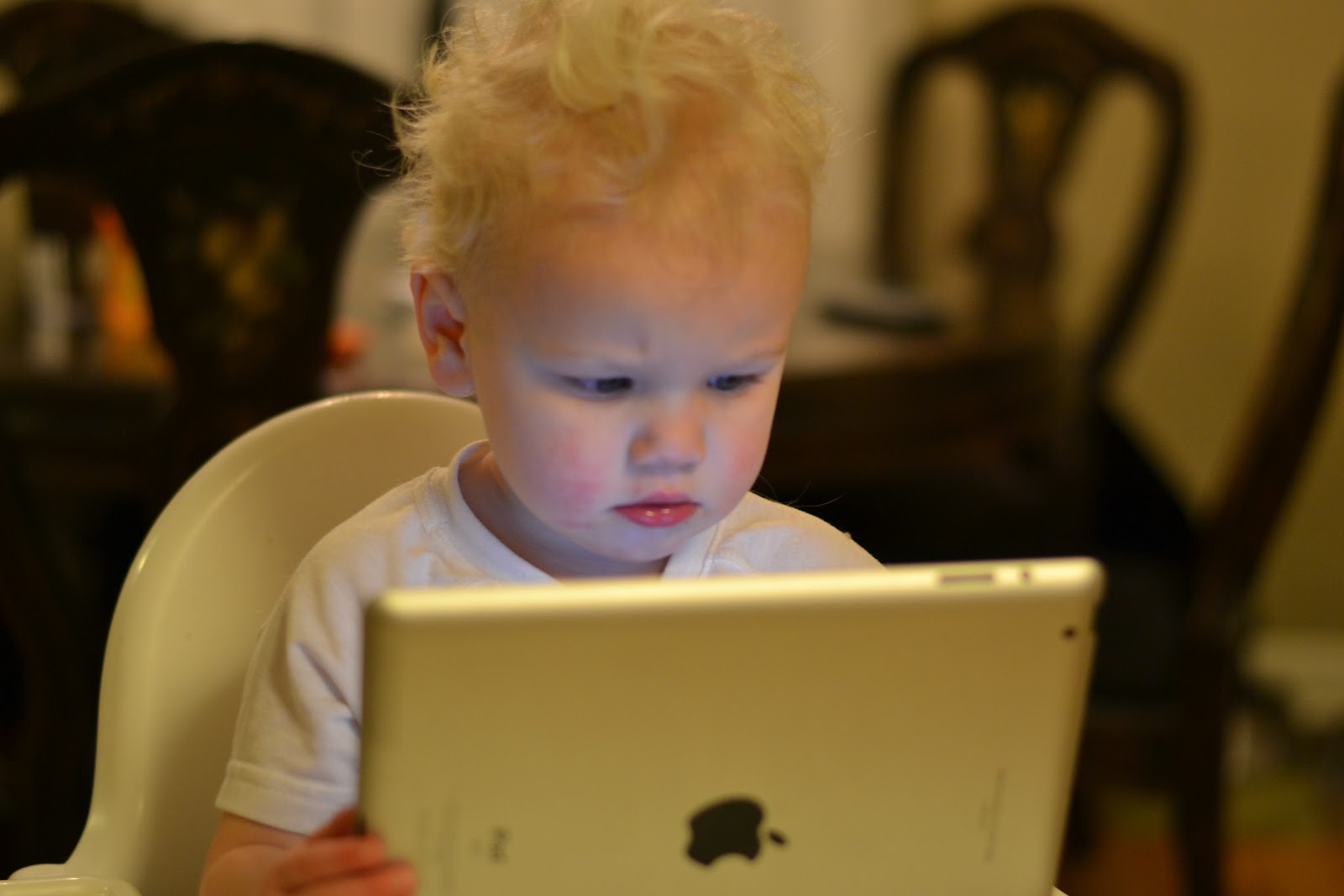 So I set him up in his high chair, with the ipad (I wanted this to be as least-traumatic as possible and I had no idea what to expect, the kid hates having his toenails clipped). 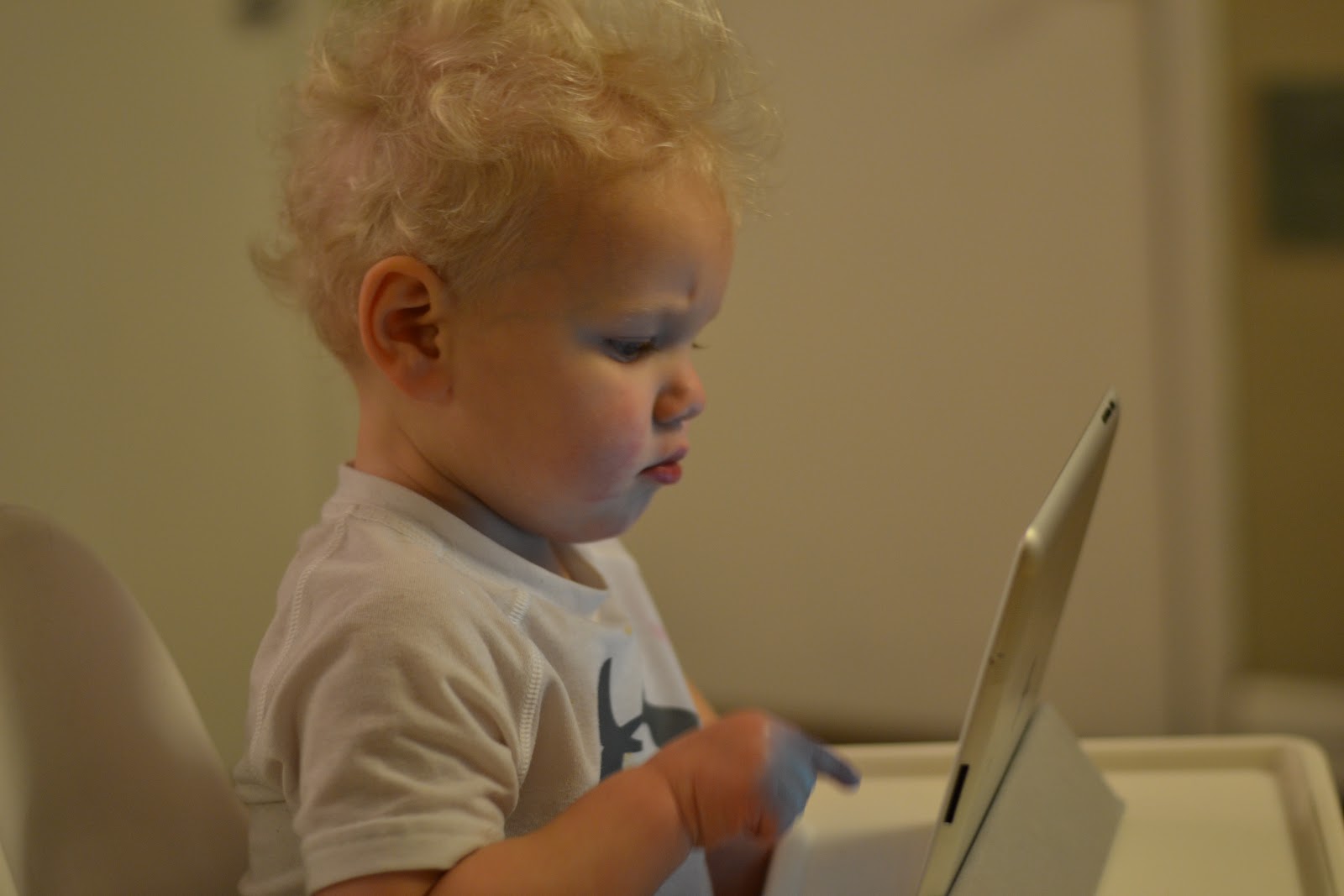 He played a variety of youtube videos, most about lawnmowers (ironic?), cars, garbage trucks and trains. 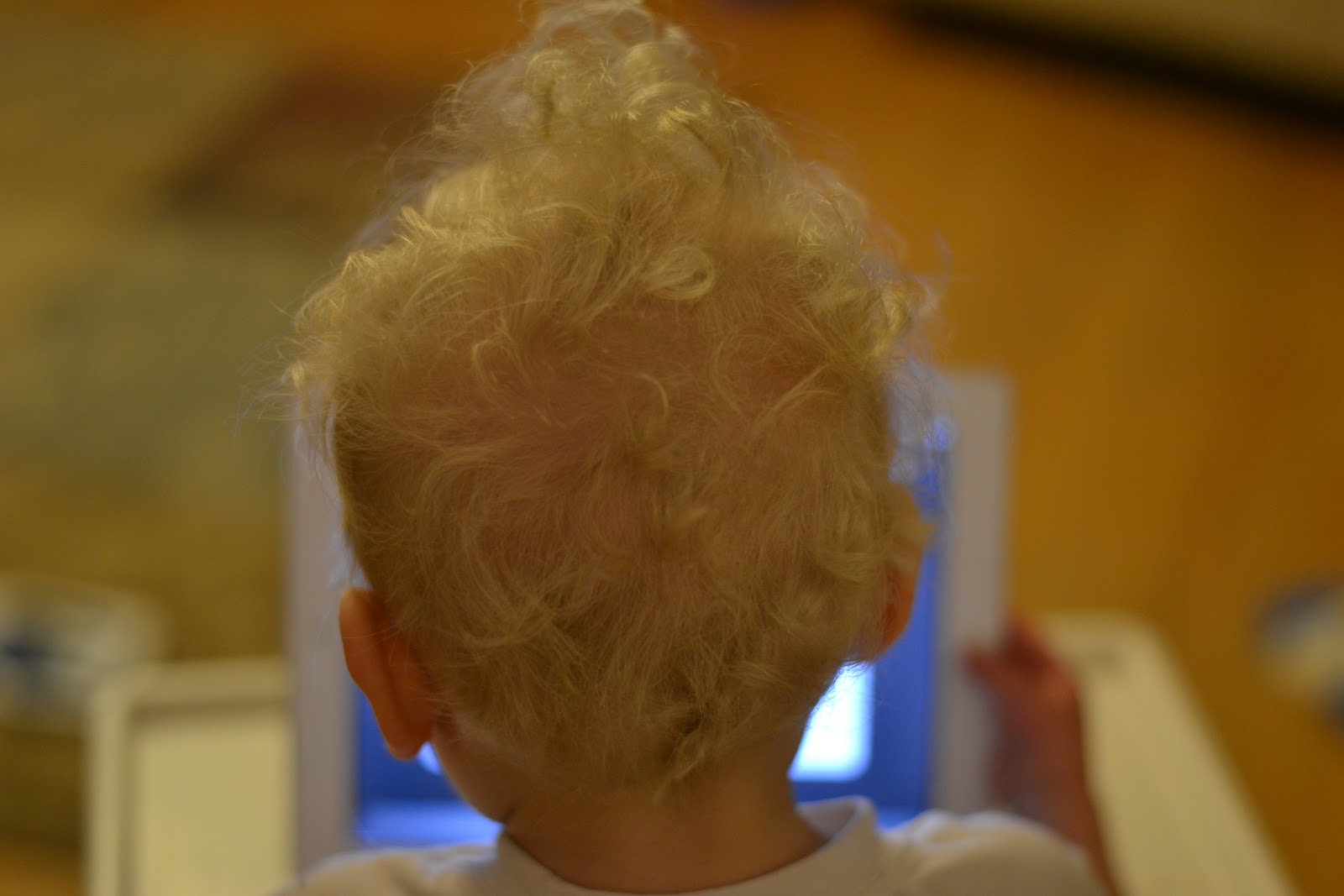 And then I told him the big news.  You are getting a haircut. 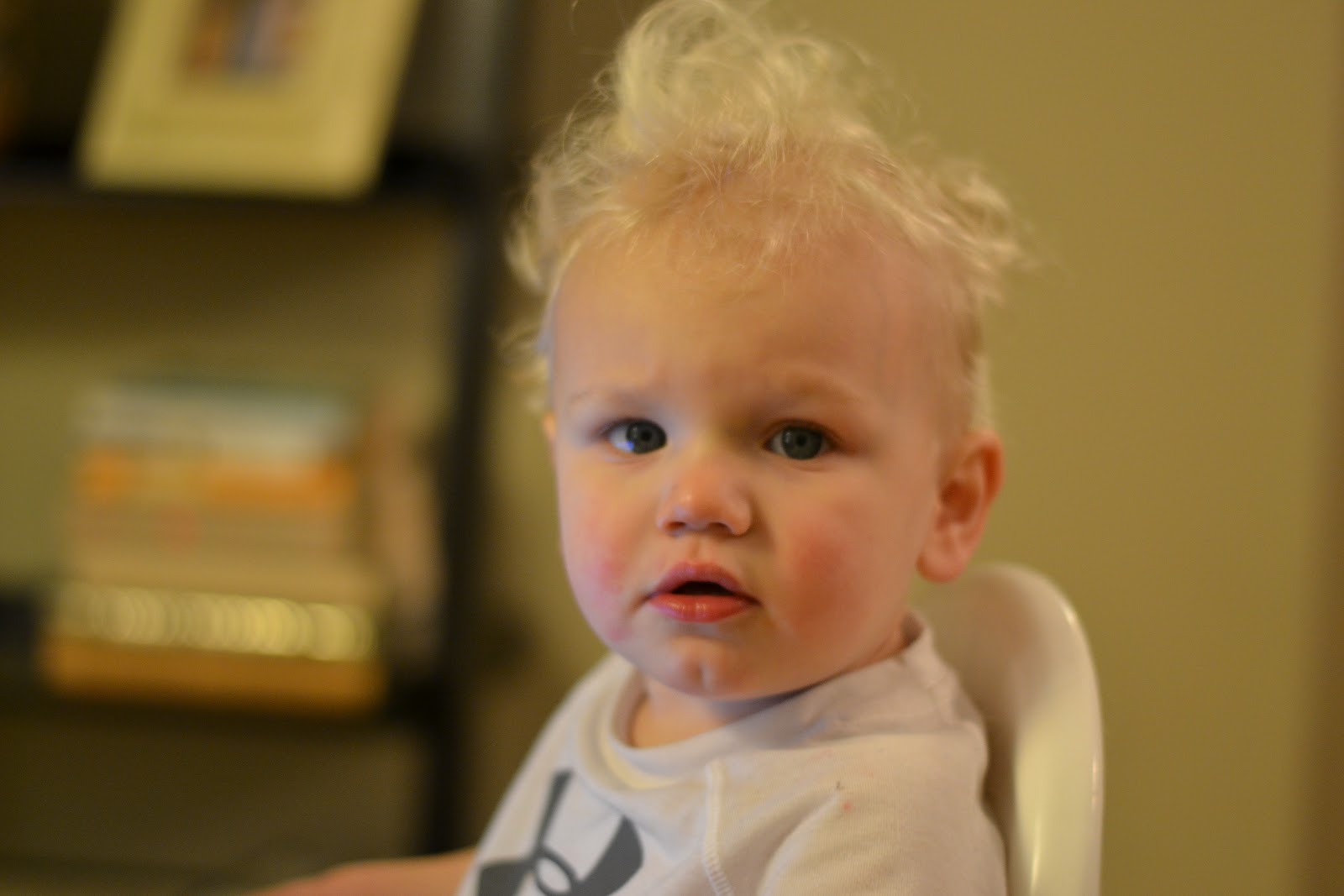 I just did it.  He didn't bat an eye.  The whole thing took about 7 minutes.  And since I'm not like my mother and many of her generation, I will not be saving his hair in a box somewhere. This will be my final memory of his first haircut as the hair promptly hit the trash.﻿ 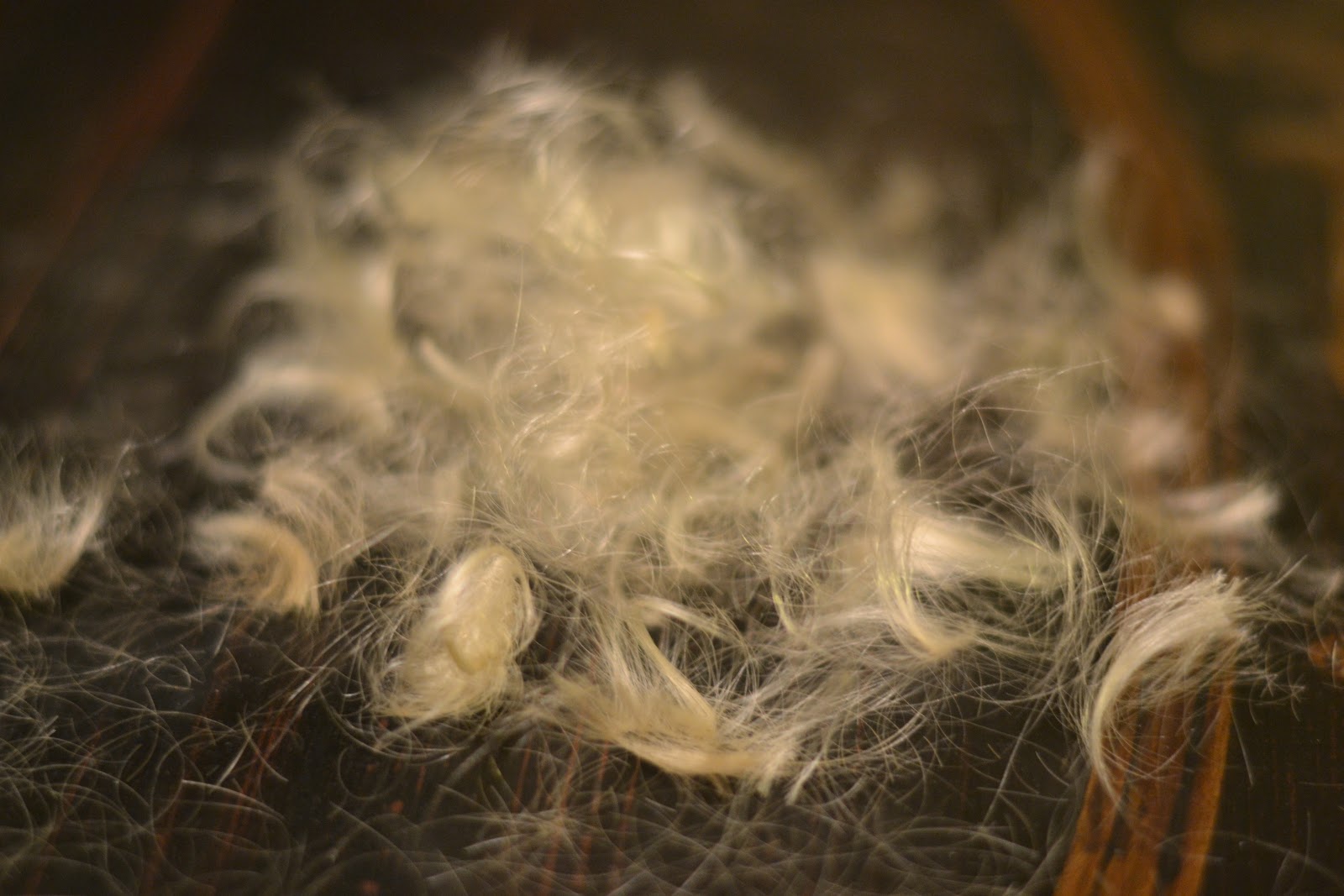 (Update: I did save the twizzle in a baggie for his baby book...is that gross? I promise I will not save his teeth when they fall out) 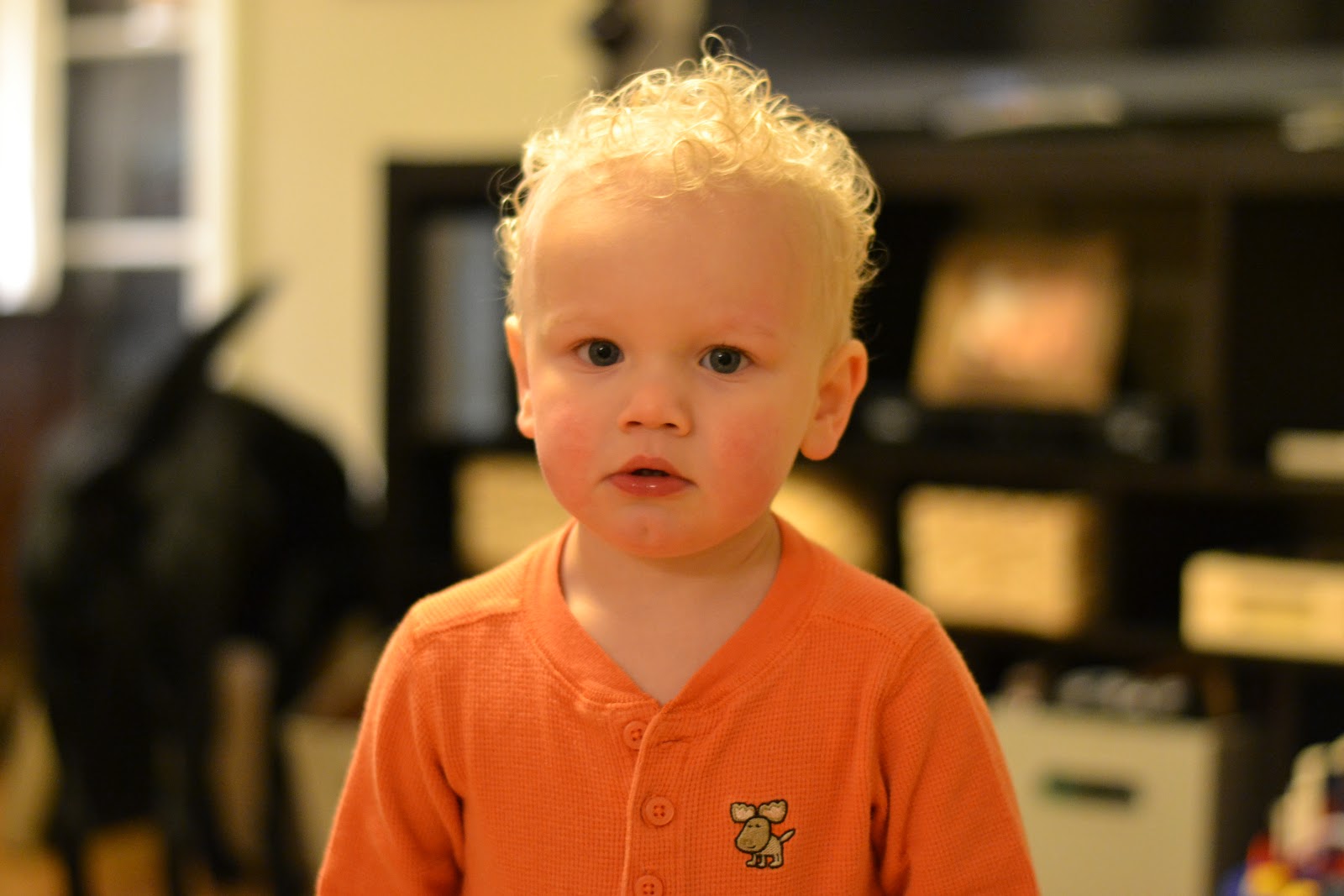 Then I gave him a bath.  It took half the time and I anticipate this one simple act will save me precious minutes everyday that I won't need to hunch over the bathtub with my giant belly awkwardly smushed up against the tub trying to detangle the twizzle.

Nate was out showing houses when this all went down but he did catch an instagram of it and called immediately worried I had done something terrible.  But as you can see, the curls remain, just slightly more manageable. 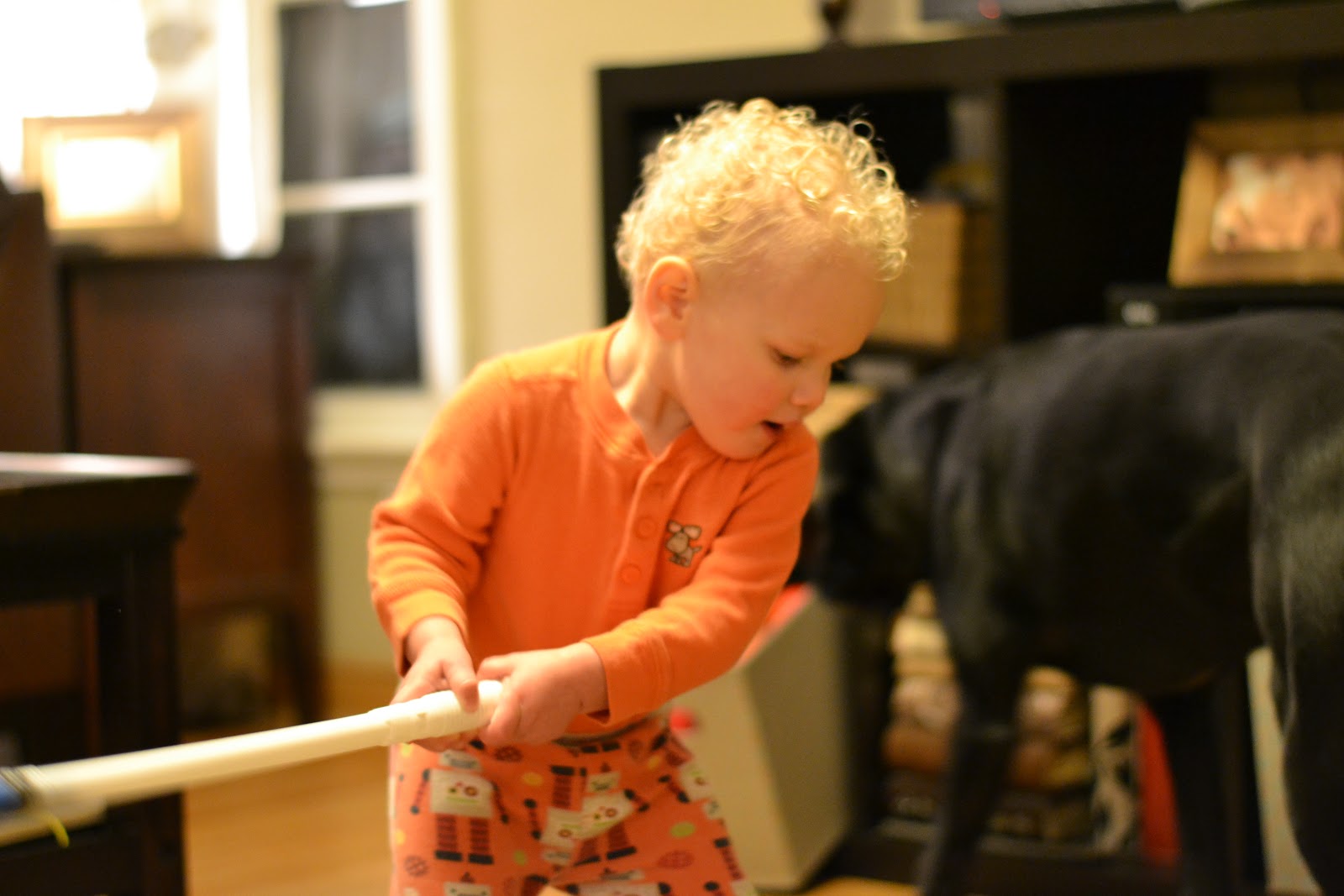 He can still twizzle and knot up his hair, but he did spend some time flicking away phantom hairs as he got used to his new "do." 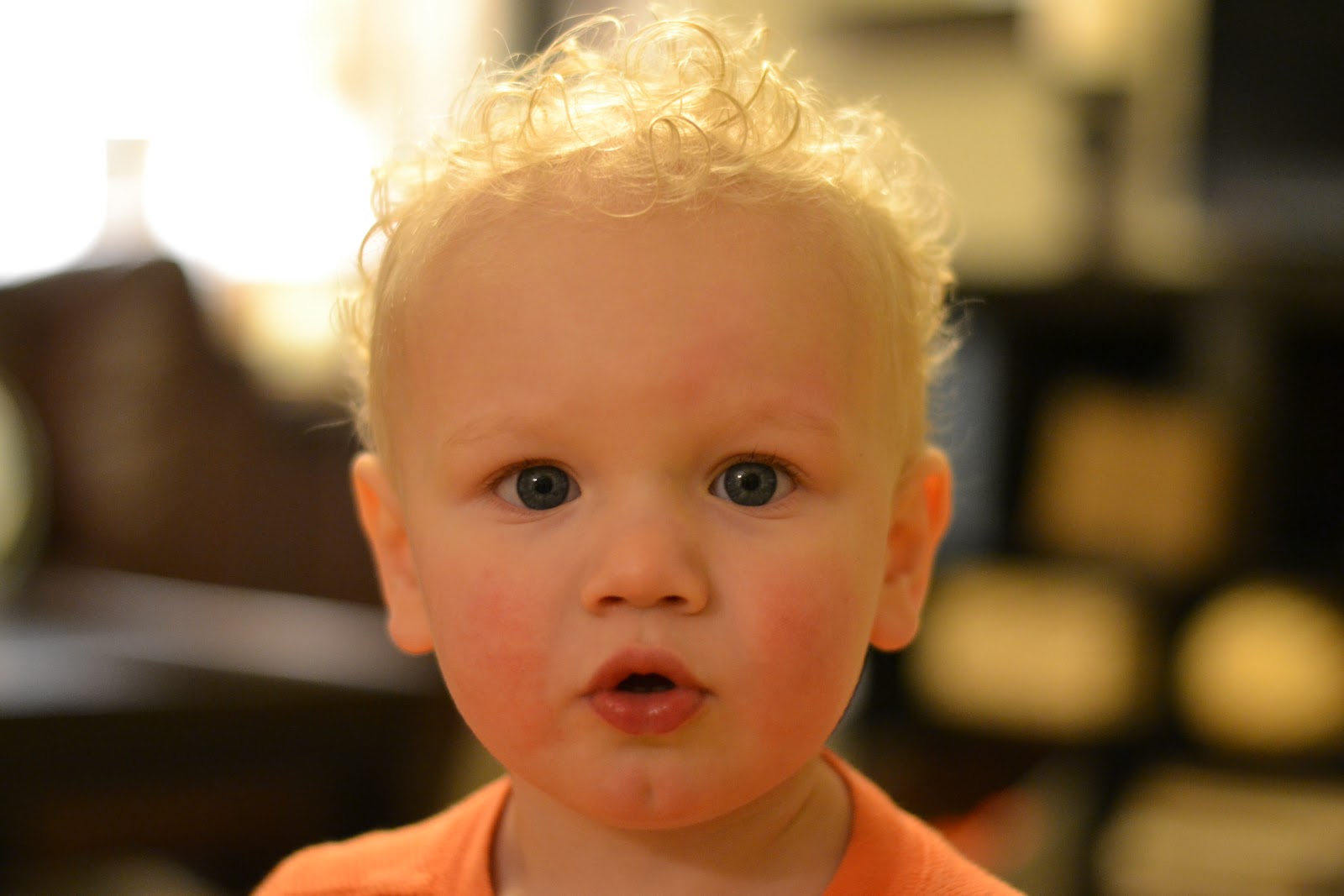 He also had to check his golf swing (superstition?) to make sure that a shorter twizzle wouldn't throw his center of gravity off.  It didn't, his swing is better than ever...bring on the summer (jk....i know we've got lots of time left).

Though the other morning when Nate was about to take care of the freshly fallen snow before leaving for work (ie. get out the snowblower), he tried to get Griff all excited to watch and said, "Hey Griff, you know what Dadda is going to go do???"  Griffin promptly replied, "golf!"  If only..... 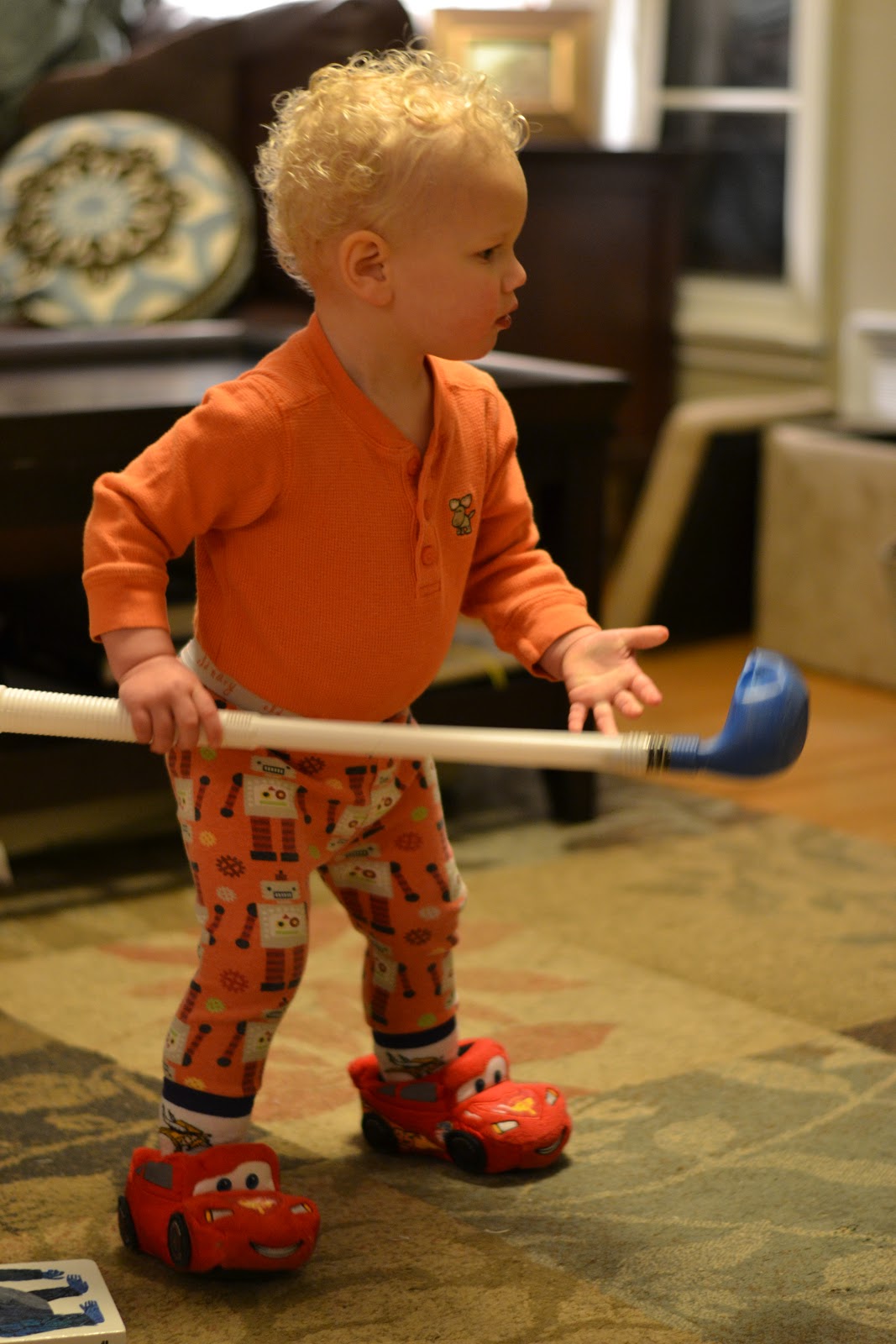