On a mild Saturday in December (pre-snow), Nate's work had a party set up for kids to come meet Santa.  So we headed to downtown Wayzata, and made a pit-stop at the Wayzata Depot.  Griffin had a blast running up and down the tracks, though they were quite problematic for tripping. 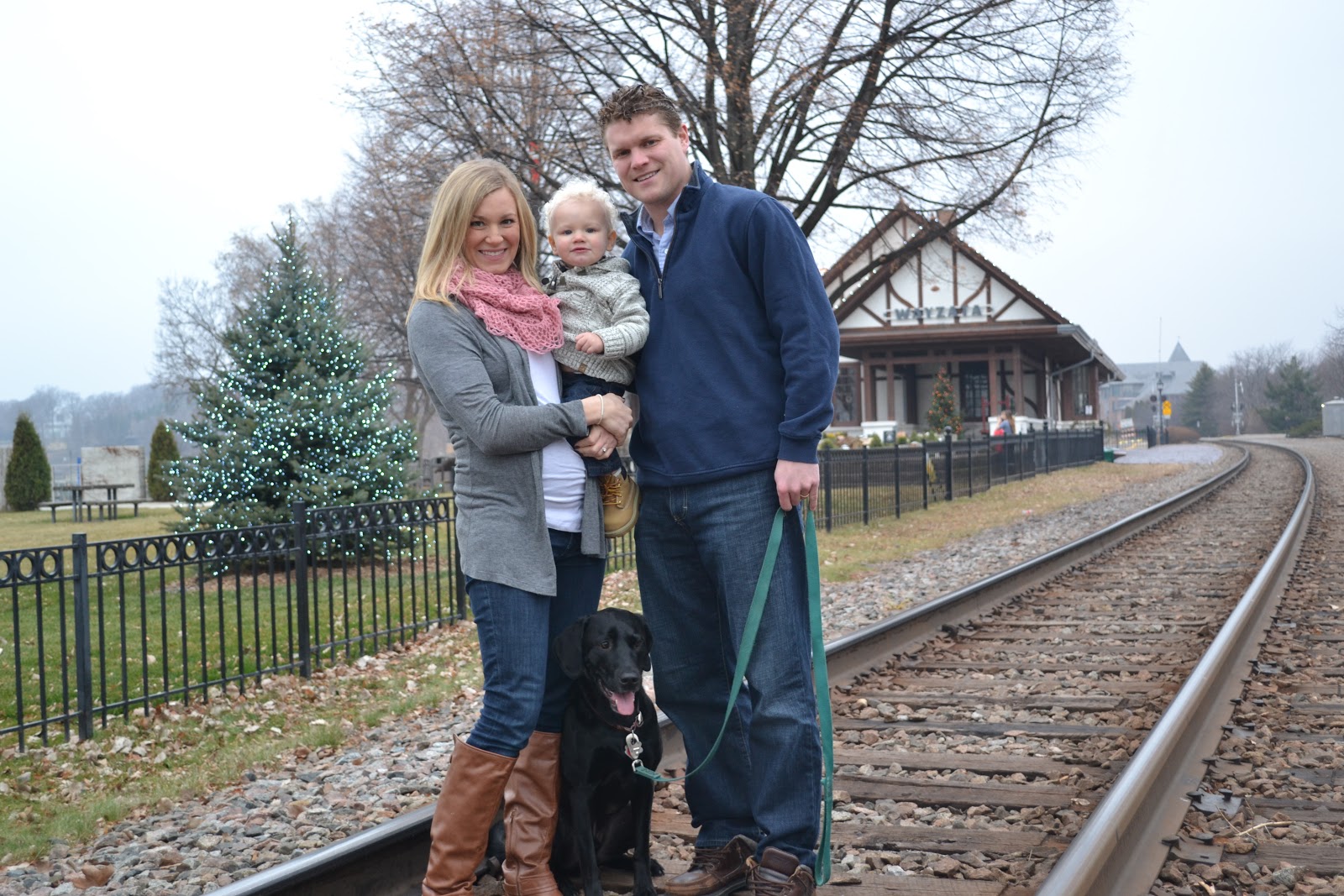 While we were there we managed a few family photos (thanks to my step-dad and mom) and even ended up with one for the Christmas card.  Though it was not my favorite photo of the year, it was the only one in which all three of us, plus Cooper were looking at the camera. 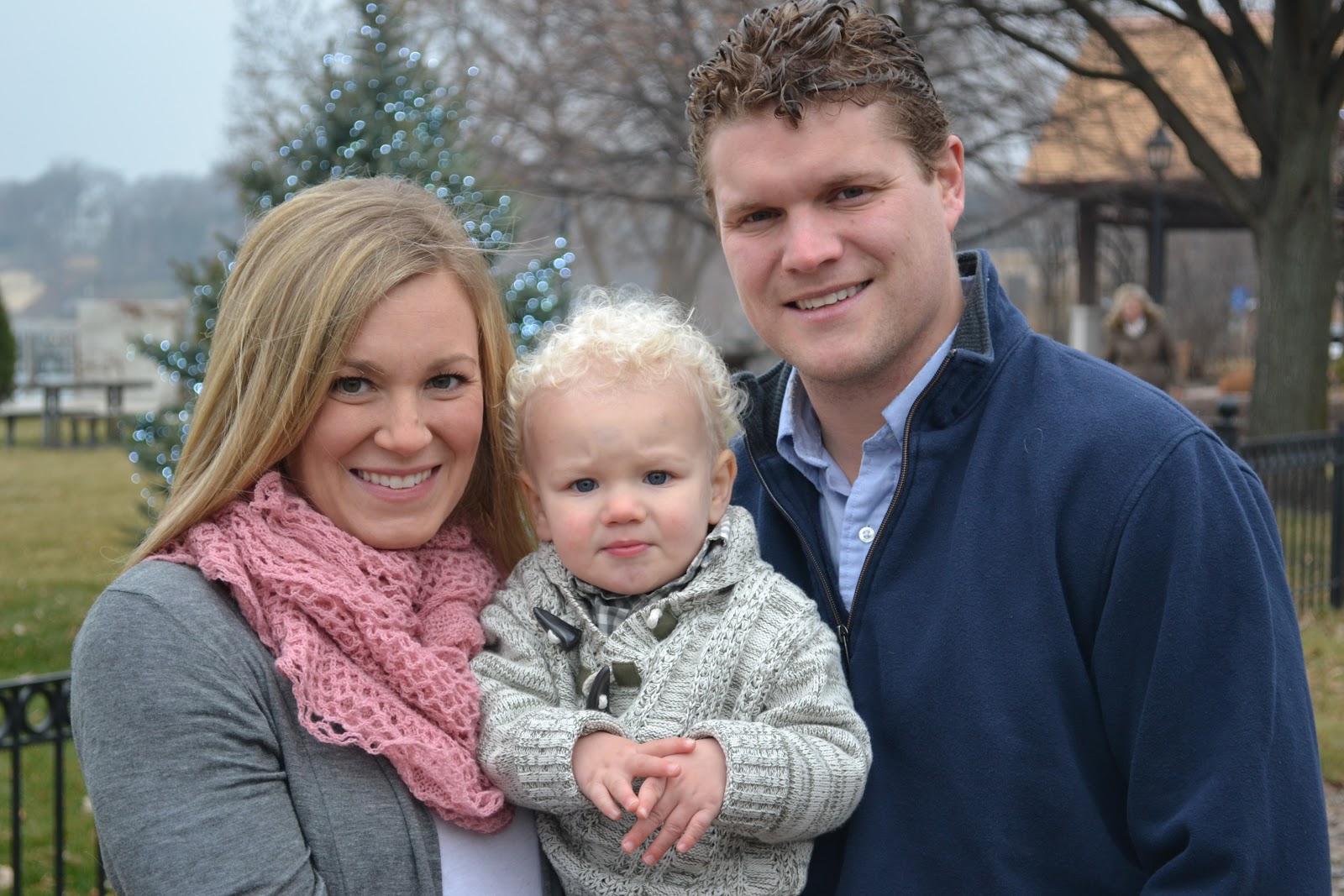 And no, this is not his "I'm cold face," it's his "I'm trying to smile for the camera face."  Modeling is apparently not one of his strong suits. 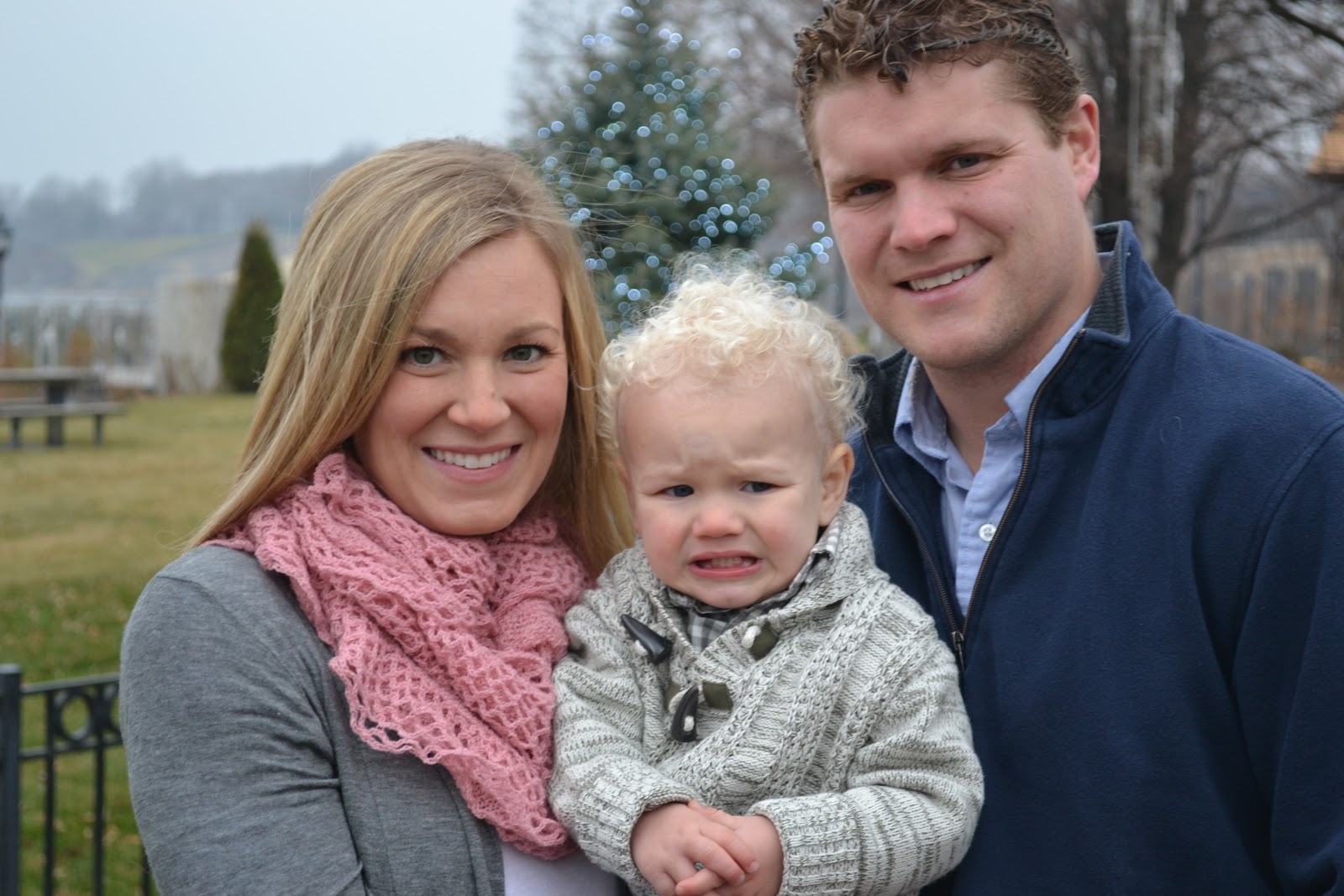 Then we headed in to Nate's office and tried to meet Santa.  Griffin was all talk on the way there, "Go meet Santa!"  And then when it was time to meet Santa, all we could muster was a little interest in touching his beard.  Oh well, maybe next year!﻿ 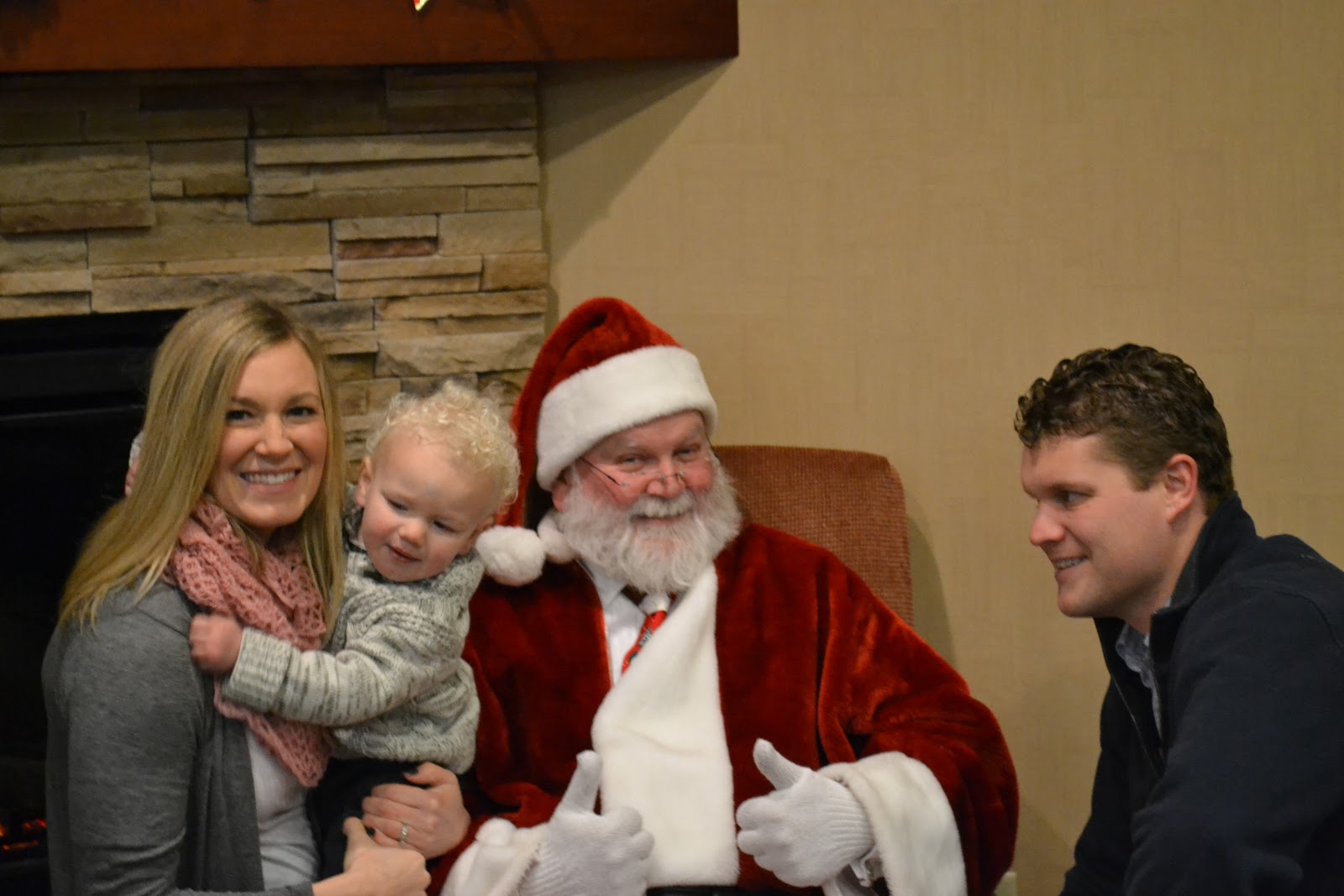