So this present (a train board) was inspired by younghouselove.  You can see their version here.  Griffin loves trains and I know someday he'll love to build his own tracks and creatively set things up how he would like them, but for now he's a little too young/uncoordinated to keep the track together on his own.  With that in mind, I scored a wooden train set on craigslist for $10, bought a piece of light plywood and some felt and got to work.

First I covered the plywood with green felt and my handy-dandy staple gun. 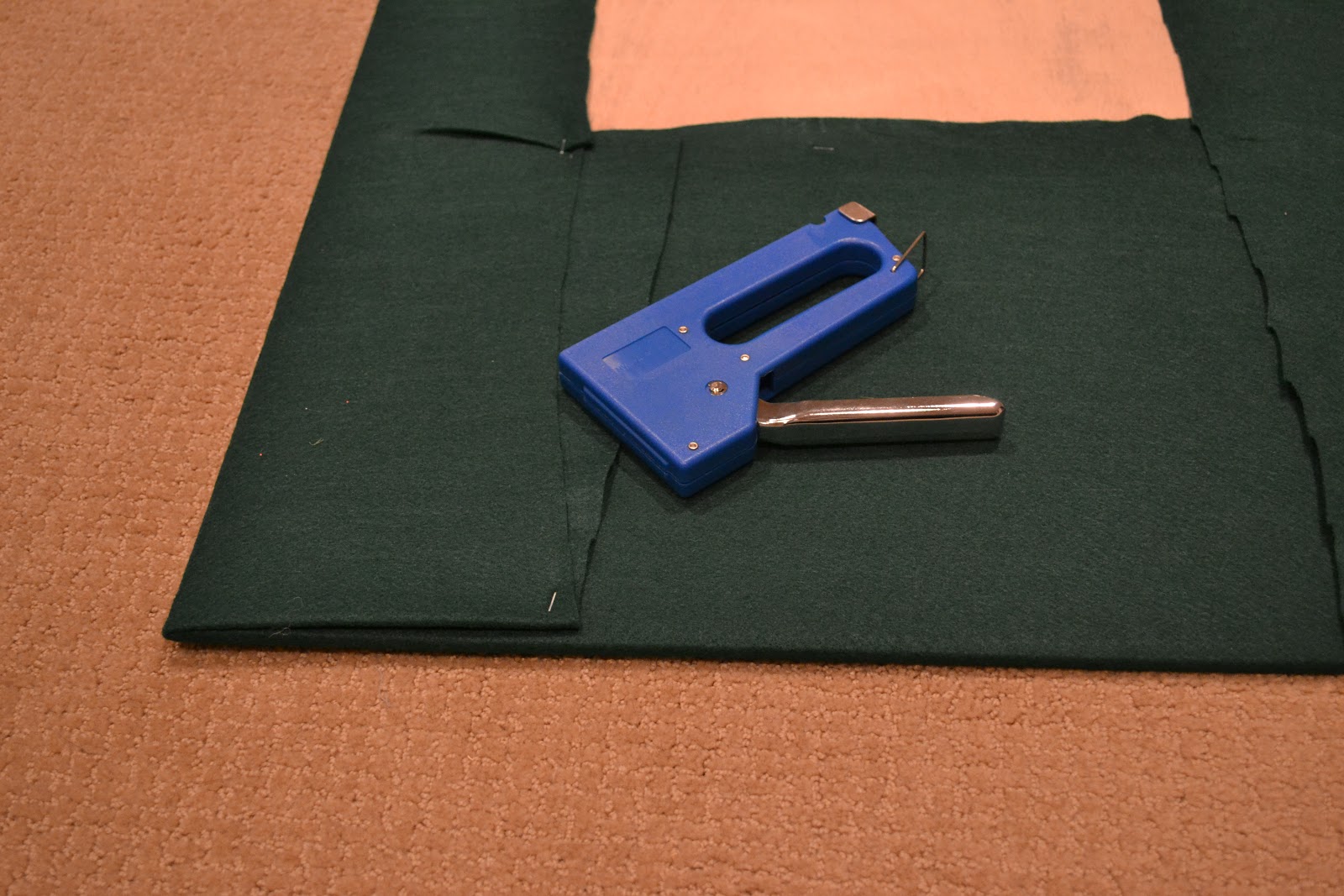 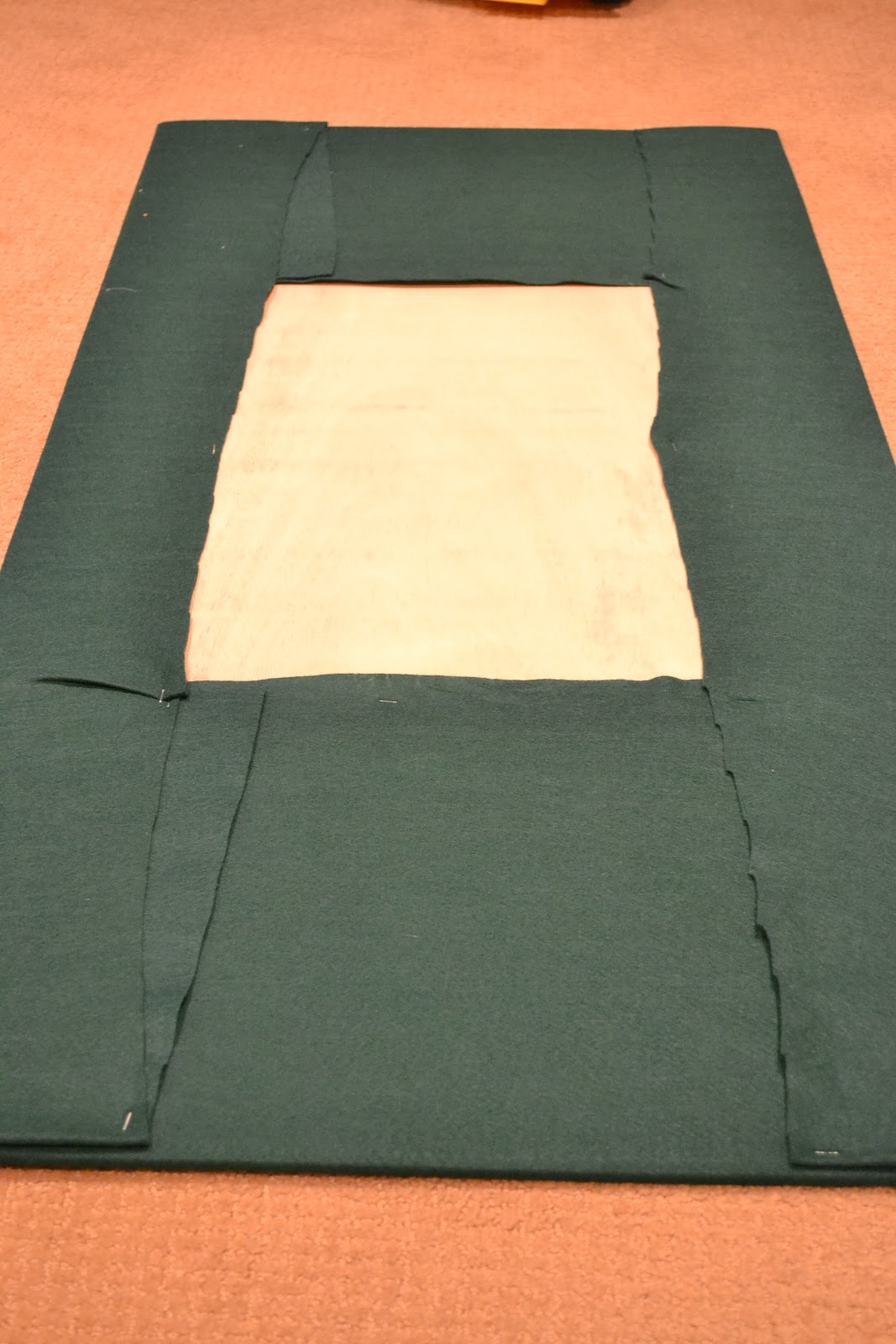 Then I had this as a blank canvas. 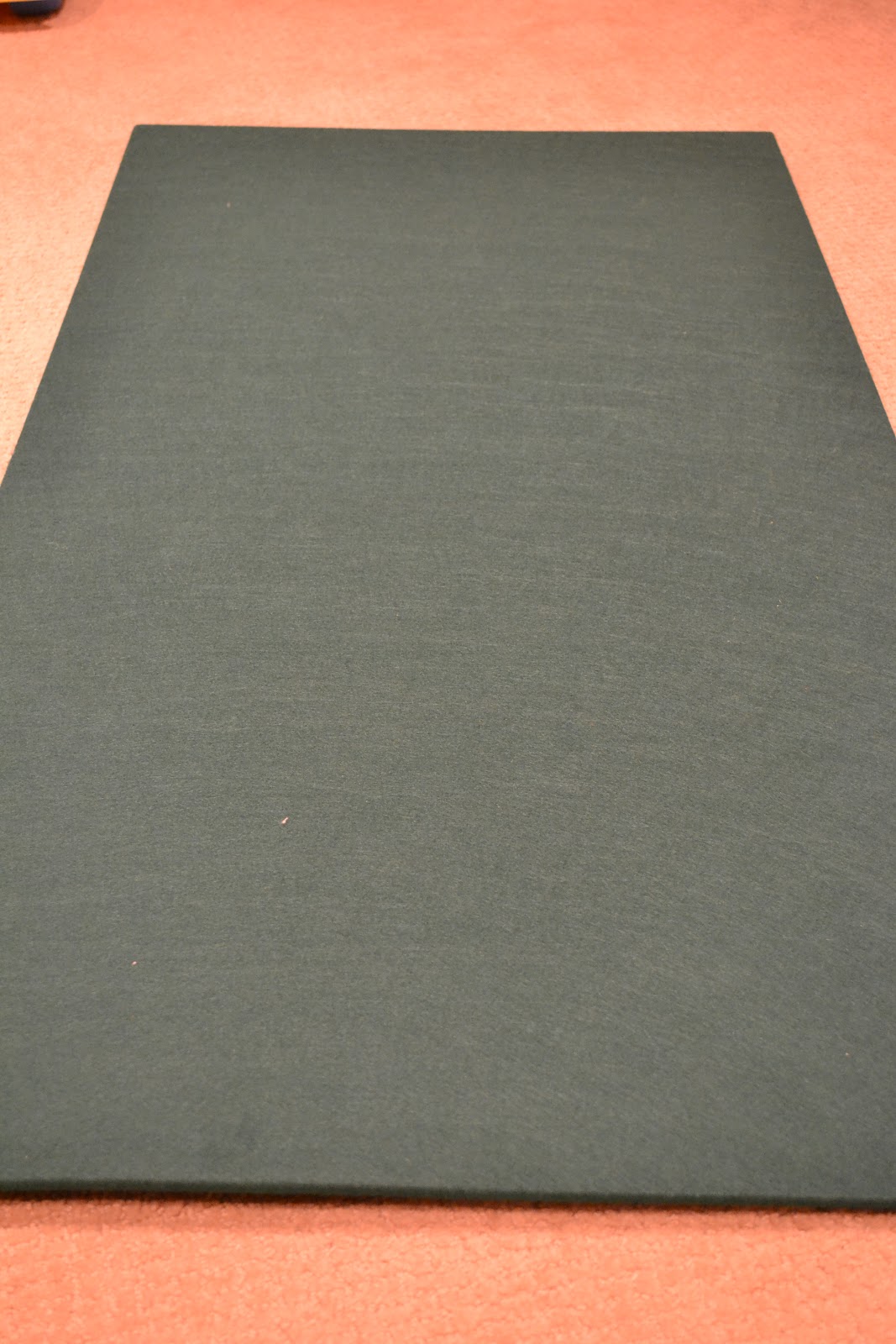 Next, I set up the track using as many of the pieces as I could, and making the track as interesting as I could.  Like I said, I'm sure Griffin will someday be much more creative than I, but for now, he's got a little somethign to work with. 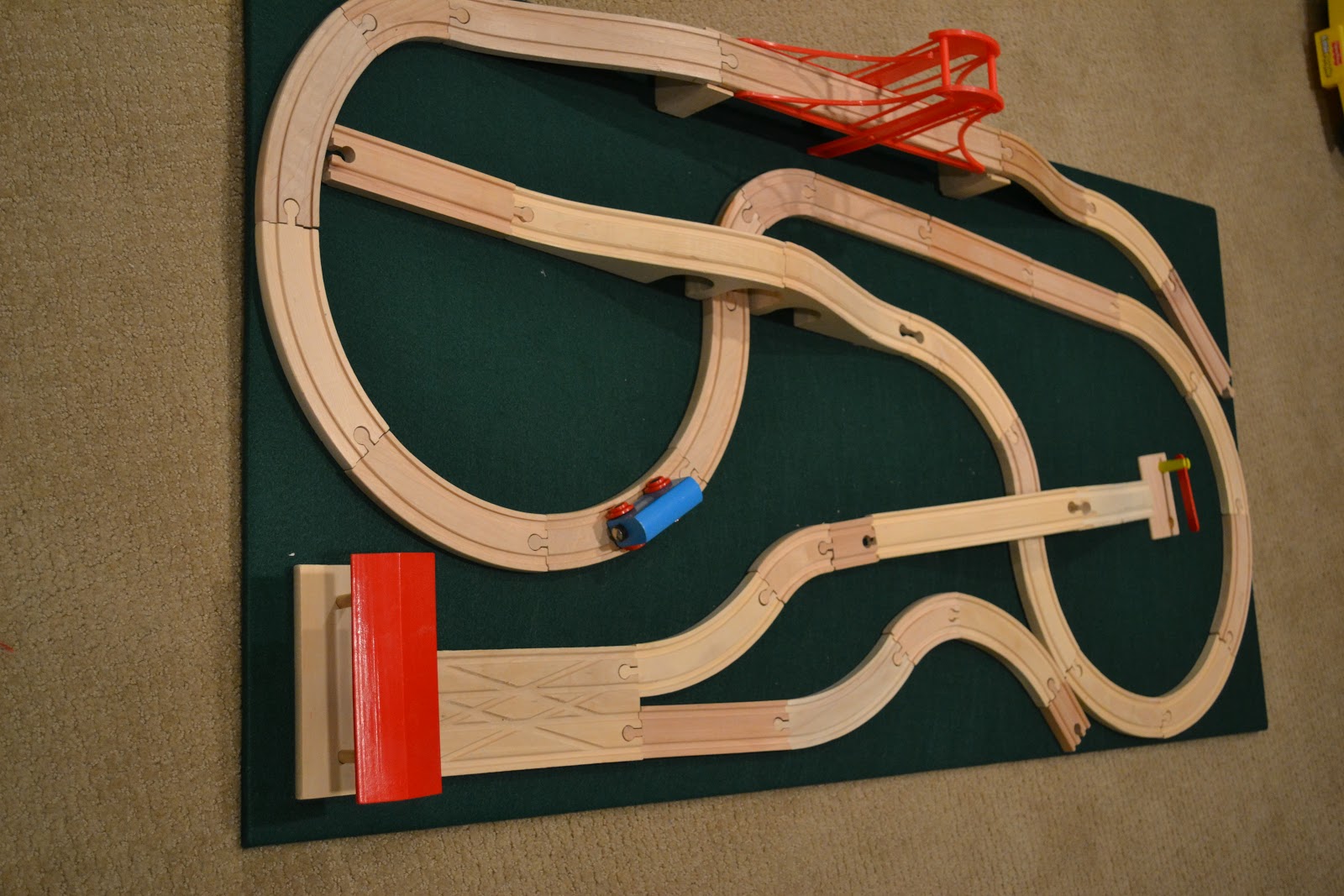 Then I just hot glued them all to the felt.  I could have gone the screwdriver route, but hot glue seemed a little quicker and less invasive.  The hot glue can even come off if and when Griff decides he's ready. 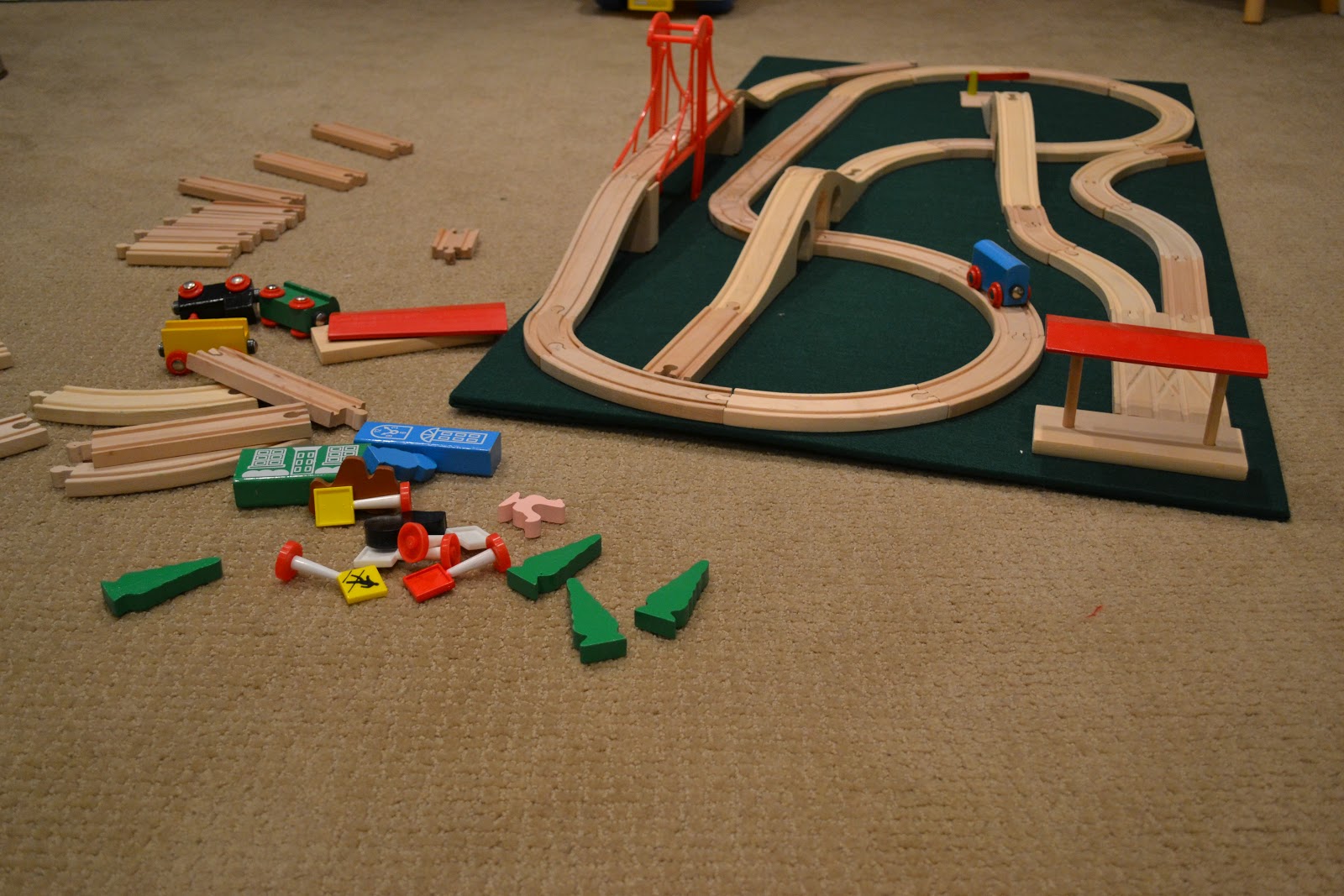 Then I took what pieces (trees, animals, guys) I had and added velcro to the bottoms of them.  I was hoping that the velcro would just stick to the felt.  Not so.  A minor fail in a pretty awesome train set.﻿ 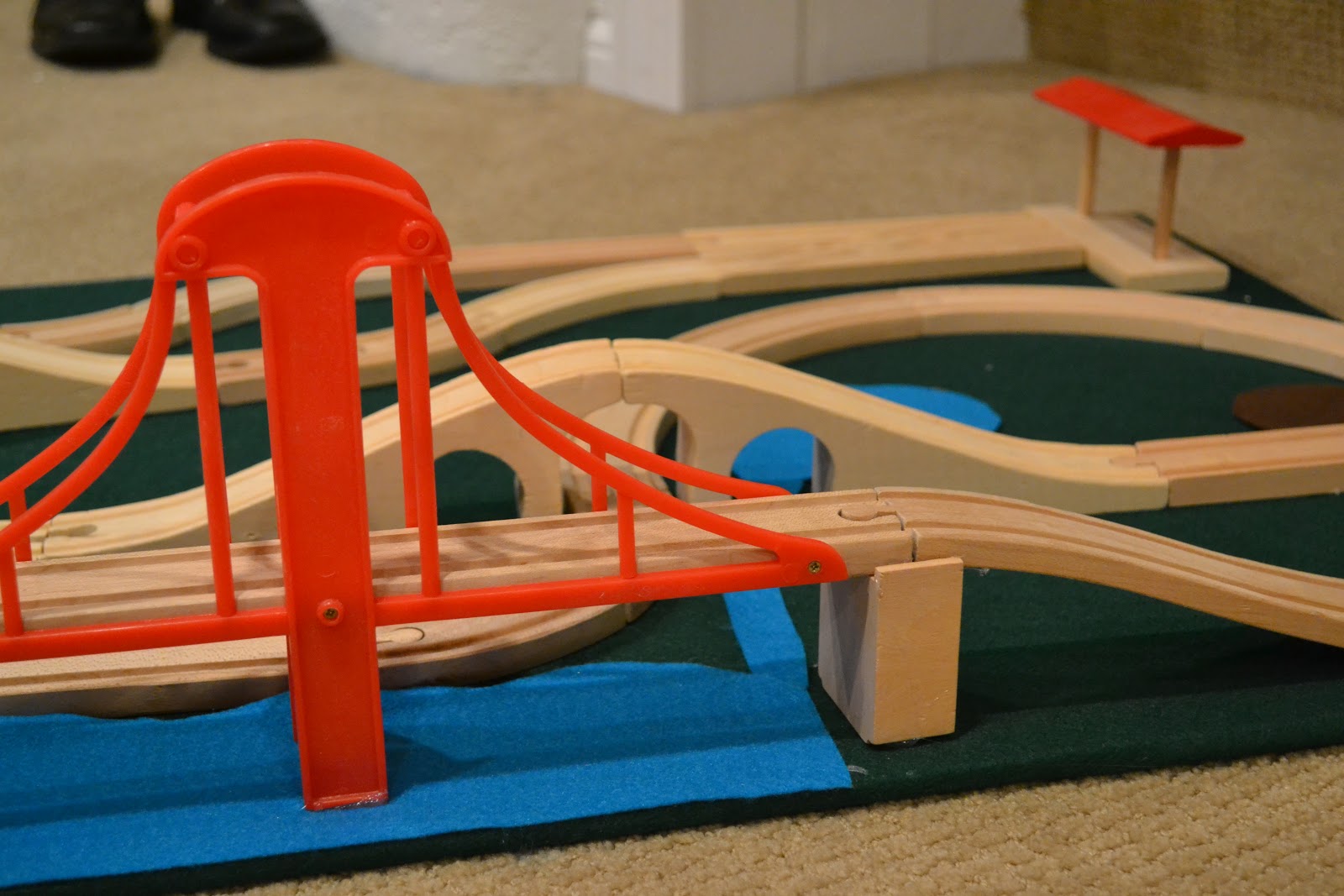 Finally, I added some water (blue felt) to the board for some color. 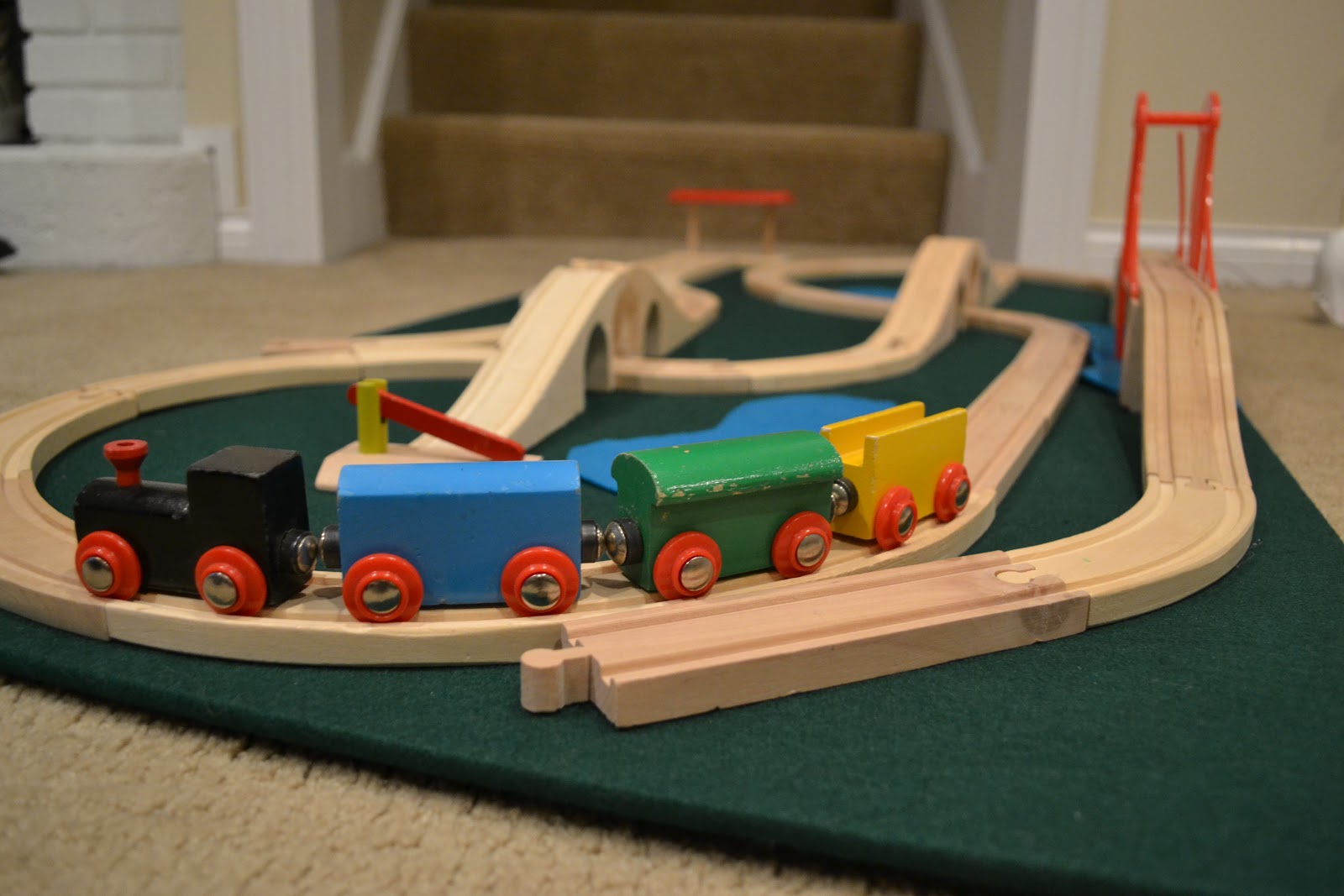 And then I hid it away, where Griffin saw it twice before Christmas--whooops!  At least he really wanted to play with it when he saw it:), in fact he had a meltdown when I wouldn't let him play with it.  Yay...proof he'll like it!:) 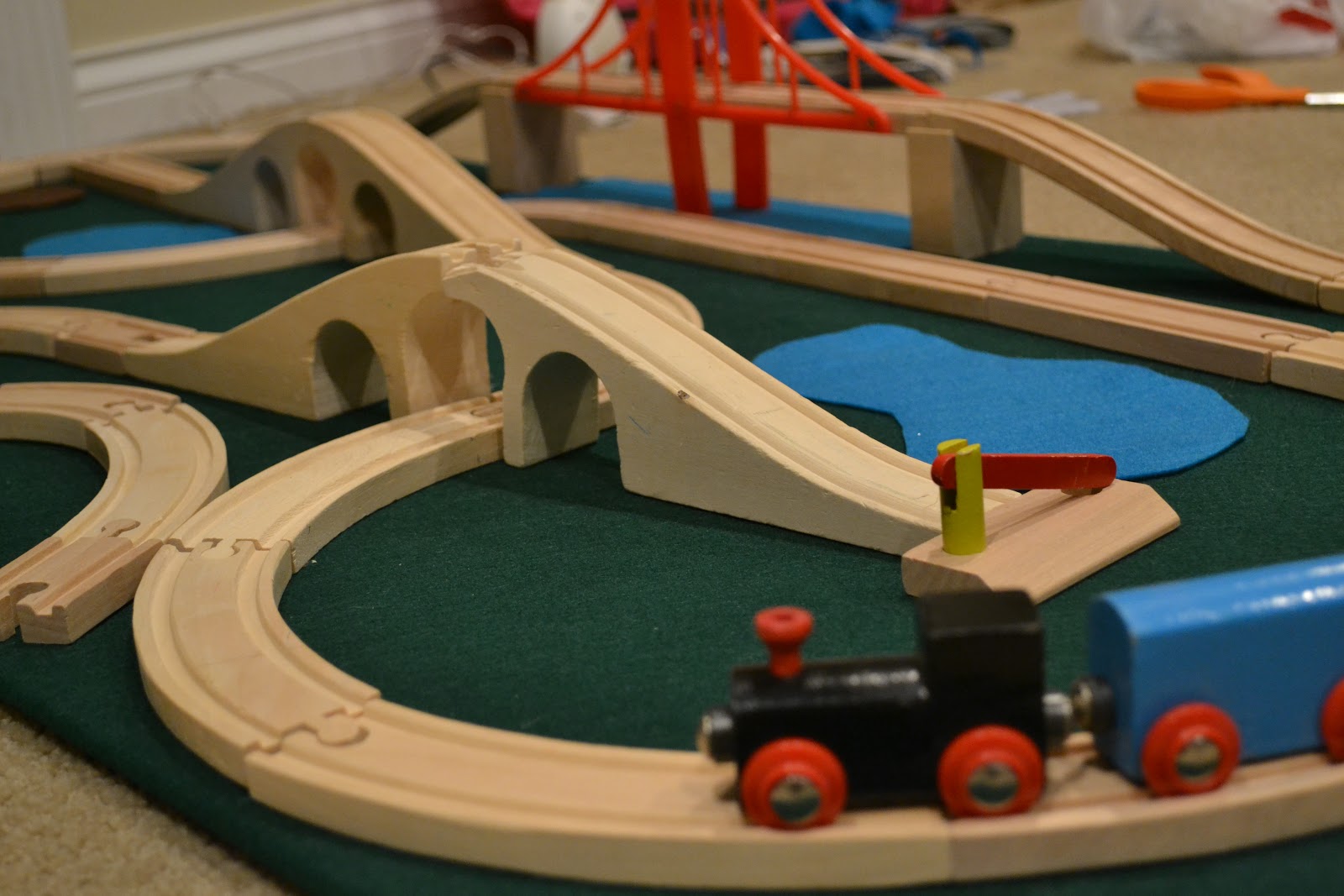 The verdict, he loves it.  He grabs my hand and says, "downstairs, train," to bring me downstairs to play with the train!  I'm already excited about making his birthday present...which is just a few months away!  More Christmas stuff to come, but for now, I hope you and your family had a joyous time celebrating the birth of our Savior!
Posted by Lesley at Thursday, December 27, 2012