Well, this is pretty belated...since we found out we were having a girl on October 15th:).  But I am intent on making things special in their own way for our second child, while realistically knowing things will be different than they were the first time around. 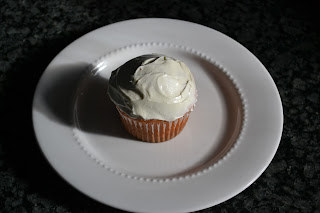 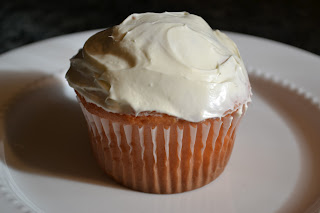 When I got home from our appointment I started baking...pink cupcakes to be exact. I just wanted to be able to tell the grandparents in a special way and since we didn't have the patience to do the give-the-envelope-to-the-bakery thing, I decided to do the baking myself. 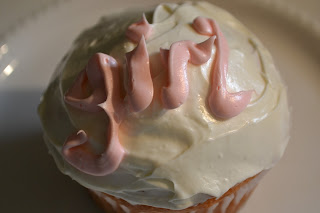 Just plain and simple, pink cupcakes with cream cheese frosting.   I wrote "girl" on a few of them since I didn't know if all the grandparents would be home for the delivery. 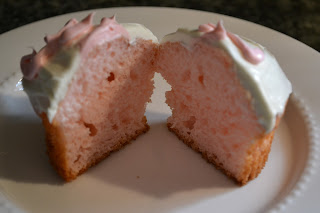 My step-dad's reaction was the best.  I wasn't there but my mom gave him the cupcake and said, it's from Lesley.  And his response was (after a bite)..."mmmm, cherry?"  Mom, "No, did you see that they were pink?"  Ian, "Oh, is it for breast cancer awareness month?"  I love it!  I thought that was even a pretty intuitive and clever response! 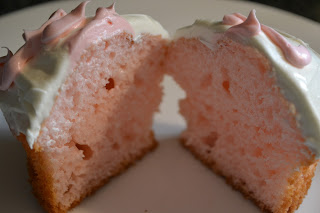 I also have to admit that at first glace the baby girl clothing out in stores was unappealing as it is overwhelmingly pink.  And I am not a pink person.  But doing the cupcakes and looking at a few cute things my mom had picked up got me more in the baby girl clothing spirit....and I promise we will get the nursery ready before she arrives, but since the kitchen stuff is still camped out in there, it's just a waiting game.....
Posted by Lesley at Monday, November 26, 2012