Autumn and an 18 month-old

After naptime, Griff and I decided to go for a walk and head to the park.  You can tell he's just woken up because he's still a bit out of it and by that I mean, his attention is on twizzling the curls on the back of his head into one giant curl that looks like a horn. 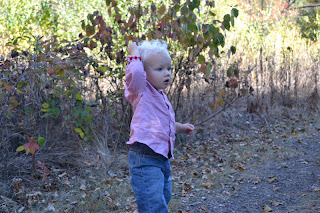 We are relishing every last minute of outside time before the Minnesota Winter hits. 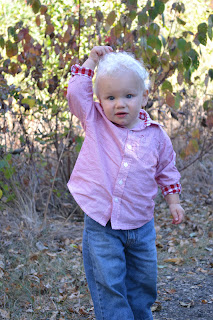 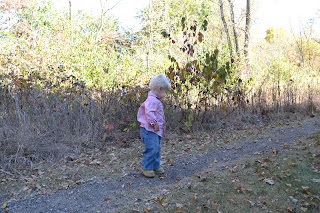 We are practicing wearing hats, mittens and jackets because pretty soon it won't be optional. 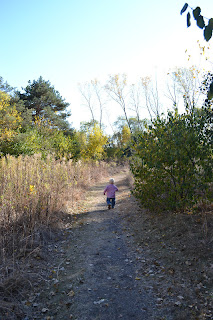 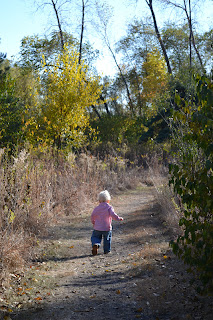 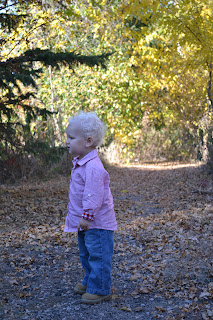 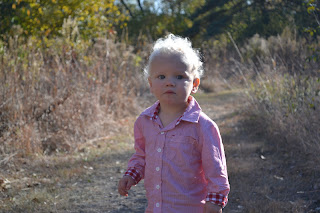 After our nice little stroll through the woods we walked over to the park.  While Griffin loves the park, especially the slides and bridges.... 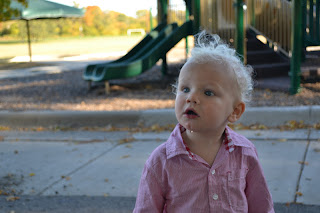 ...he also loves to "run fast."  In any direction.  And especially toward the football and soccer fields.  He came across the football pretend lineman (is that what you call them?) and thought it was funny to run circles around them.  Just practicing his routes.  He also knows to say "hut, hut, hike!" and it's pretty darn cute. 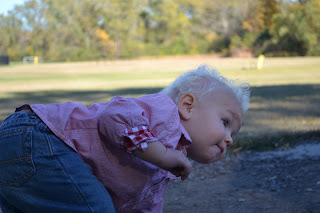 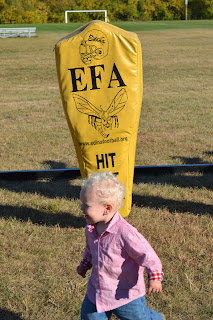 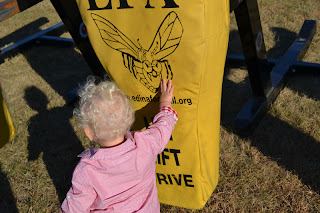 As much as he loves sports, he's also a nature lover. 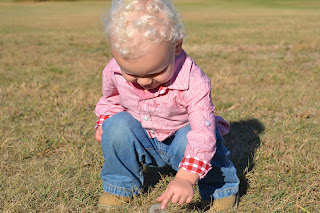 Dandelions could keep him occupied for hours minutes. 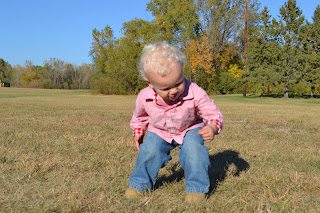 It is no secret that he loves to laugh.  He loves to laugh with you and at you and when you're laughing at him.  He's started talking in third person and one of his favorite lines is, "Giffy funny." 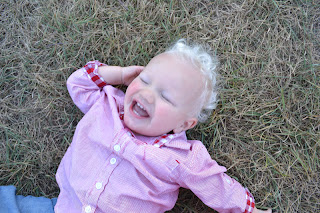 This is just a reminder to get out and enjoy every nice day as if it were the last of the season, because in all likelihood.... 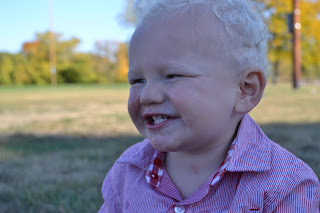 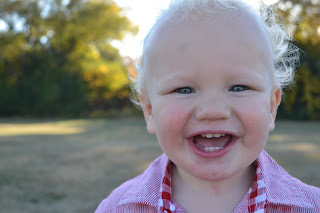