A few weeks ago, without knowing it, we went a few days without a nuk (except at naptime).  We decided right then and there that we were done with the nuk.  So far, Griff has done very well.  We do still have one attached to a little bunny in his crib, if he get's lucky or smart enough to find it, bonus for him! 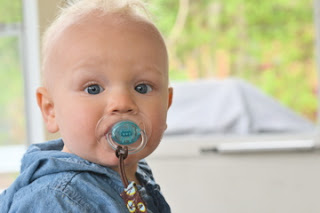 Occasionally when he wakes up from his naps, he points to the little nuk basket that sits on his dresser and tries to ask for one.  When I do catch him with the bunny nuk which he tries to take with him out of his crib, we just say "bye bye nuk," and he's ok with it. 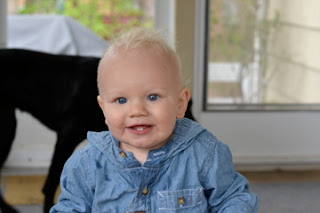 I miss the nuk when he falls or bonks his head, it was clutch in getting him to calm down faster, but I've noticed that since giving it up, he needs even less calming down....maybe he is learning to self sooth. 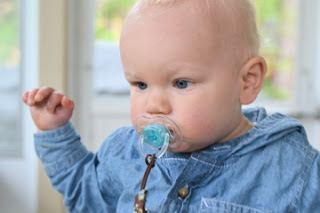 I had read somewhere that if you give it up by 15 months, it isn't too difficult on the little kiddos and then it's not a very strong habit to break (I definitely didn't want to be bribing him with a bike in order to get rid of it, like someone whose genes he shares....ahemm....Nate...).

And as a bonus, his sweet little mug is no longer hidden behind that silly plastic nuk! 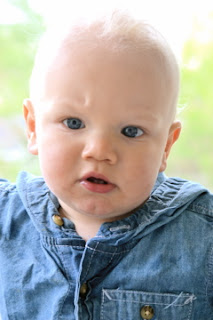