A week ago Nate and I celebrated our fourth anniversary.  Don't be fooled, we've been together for 12+ years, but married for 4.  Nate really stepped it up this year in the planning department, which is not his nature, so it is something I appreciate.  A LOT.  We had breakfast plans with my grandma at 8am, which was a great way to start the day.  Then we dropped Griffin off with Gammy so that we could get a round of golf in.  I do not foresee too many more March 28th's has having golf weather, but this was a wonderful surprise!
Nate worked for a few hours and then came home to pick Griff and me up to head to Nate's sister and brother-in-law's to drop Griff to play with cousin Levi while we went out to dinner.  We went to Travail, and to say we would recommend it, is an understatement.  Unbeknownst to us, Wednesdays are date nights at Travail, and they offer a 10 course meal for two for $65.  Perfect.  By the end, our taste buds were on overload and we were stuffed from of all the rich and unique flavors.  You should go.  Today.  Only problem is that they don't take reservations, so if you don't get in line when they open at 5, you won't sit until at least 7, even if you get there at 5:30.  If you get there at 7, you probably won't eat until 9.  Take your chances, it's worth it. 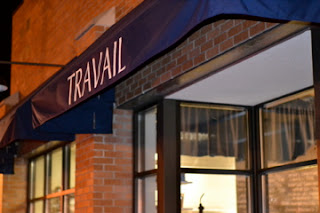 Griffin had a blast while we were gone with cousin Levi.  They went on a wagon ride to the park and did some swinging.  He was so tuckered he went down before we finished, so we had to wake him up to head home, but he handled it like a champ.

Nate was so prepared for our anniversary, he even knew that this year's gift was fruit and flowers, so he killed two birds with one stone and got flower-shaped fruit!  Unfortunately it was too big to fit in our fridge, so we froze it and I don't think berries are meant to be frozen.  On the other hand, breakfast smoothies are Nate's specialty, and who doesn't love a chocolate covered banana in their smoothy? 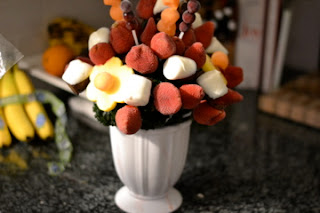 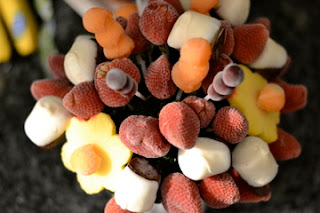 I got Nate a money clip with his initials monogrammed on the front.  He mentioned awhile back that he had wanted one, and I listened:).  It wasn't fruit or flowers, so Nate wins this year.  I tried think of a creative way to stretch it, like I did last year with our "leather" ipad case and ipad, no luck.  Chalk it up, Nate.

My mom gave us some of her tulips, because she was going out of town....they are my favorite. 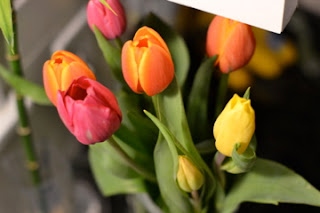 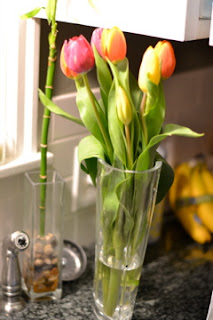 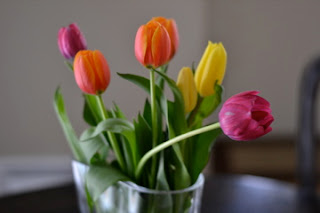 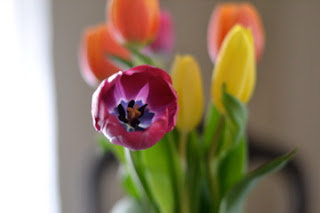 Which is also why I had them as our wedding flowers. 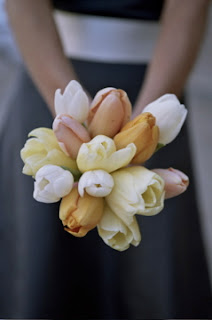 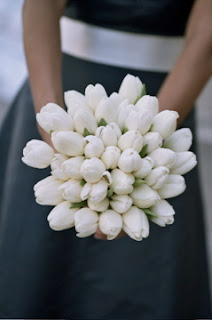 These cuties are from Nate's parents...they are so bright and happy in our kitchen! 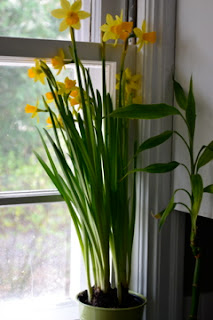 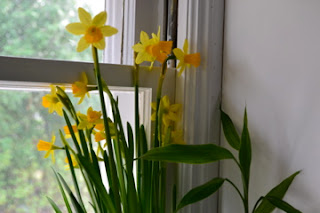 All in all, a fabulous 4th anniversary, so much to reflect on and definitely our best year yet.
Posted by Lesley at Wednesday, April 04, 2012