Don't be fooled by the "winter edition" title to this installment of the Pinterest Challenge.  I think it is 70+ degrees in Minnesota right now and it feels like full blown summer.  I feel like I've been on a DIY hiatus following Christmas and now it's mid-March and it's time to get back into gear.

The Pinterest Challenge was started by Katie at Bower Power and Sherry at Young House Love, and was designed to motivate something to be accomplished out of all the hours spent pinning on Pinterest.  I did participate in the Fall Edition with these personalized onesies, and I've been known to use Pinterest as inspiration for other projects like these yarn vases and some holiday decor.

But on to the Winter Edition.  We just got back from Savannah, Georgia for a family vacation.  So my house is a mess from all of the unpacking, laundry and everything else that comes from traveling across the country with an almost 1 year old (eek!).  The plane rides were awesome, Griff did great, but more on that later.  While our trip to Georgia was mostly about a family vacation, the house that was passed down from my Grandma to my mom needed a little TLC before the entire family arrived.  So, my mom and I headed down a few days early to spruce it up a bit.

The place needs more TLC than we could afford to give in just a few days (the walls have been half-un-wallpapered, and desperately need to be finished with fresh coats of paint once all the wall paper is gone).   But, we did have a few days and a lot of existing decor to work with to start sprucing.
After spending time going through some of my grandmother's things, I did realize that she and I are a lot more alike than I ever realized when she was alive.  She was an original DIY-er, made her own prints out of dried flowers, covered and re-covered chairs, and added her own personal touch to just about everything.  So, she did have a few frames that I thought I could easily update with some fabric, a project I've been wanting to try in my own home.

I had recently pinned some fabric that was used as art here, here, and here. 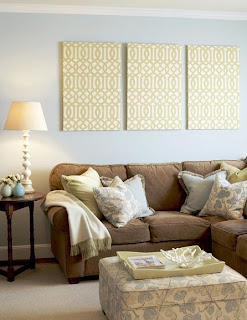 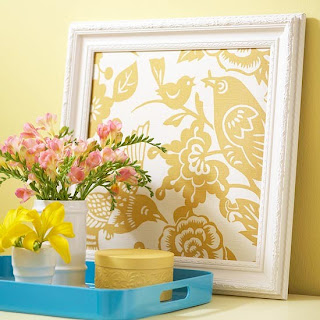 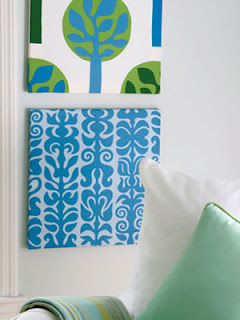 So, I got out my grandmother's frames and headed to the fabric store to look for some prints.  And here's what I found: 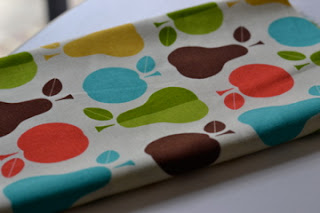 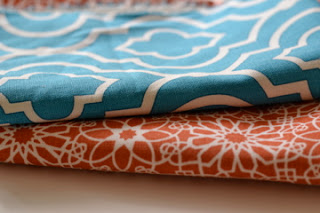 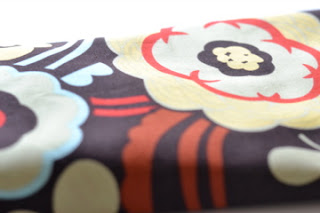 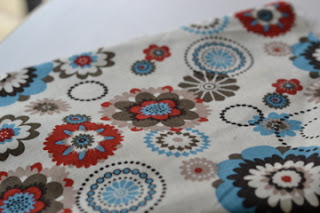 Her entire place has a pretty strong color theme going....blue, orange and white.  The short term (and probably long term) plan is to stick with the color scheme she had, just update it a bit.  I have to admit, those probably wouldn't be my colors of choice if I were starting over on a room, but throughout the week, they definitely grew on me.

Now for the projects.  I just took out her old flower paintings, taped the fabric to the back side of the matting and there you have it, fabric art! 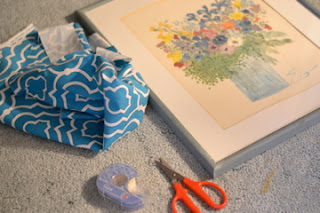 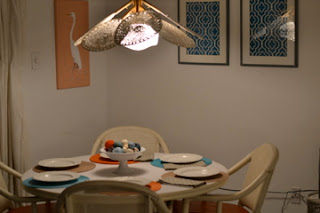 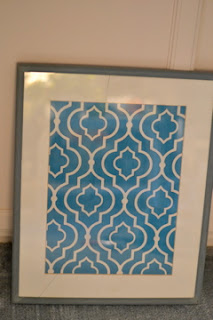 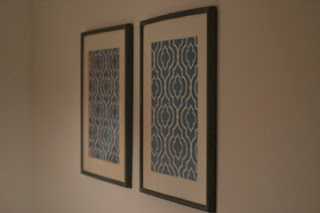 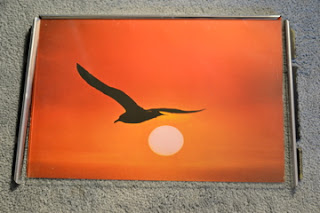 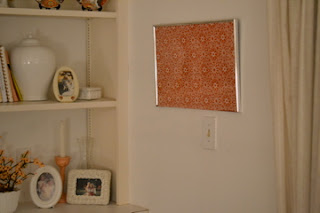 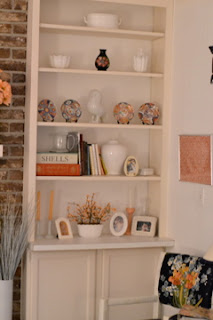 Old wicker mirror......to fun flowery pattern by the drink cart (ps-check out the adorable owl cookie jar! Wish I could say that was vintage, (Anthropologie) but my mom was inspired by her grandmother's cookie jar that was a winking owl as well.) 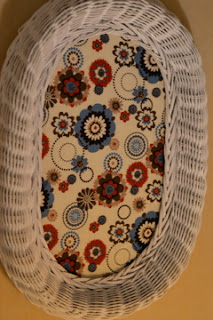 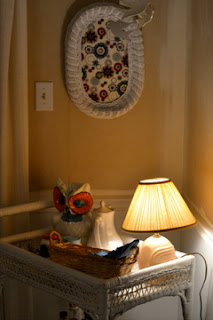 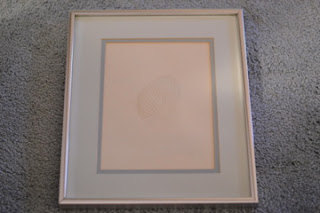 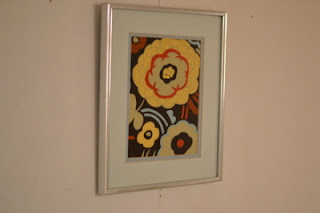 And my favorites that ended up in the kitchen! 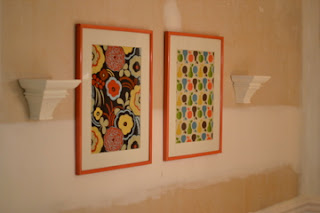 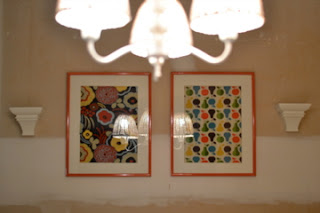 Finally with my leftover scrap fabric, I made a quick bulletin board for our schedule for the week, things to know about Griffin (he had many different family members watching him while Nate and I were spoiled rotten golfing everyday), and phone numbers.
I just used some cork squares..... 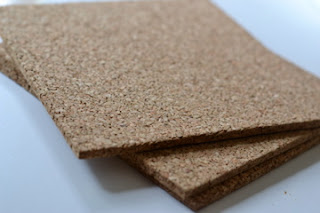 Covered two out of four of them in fabric... 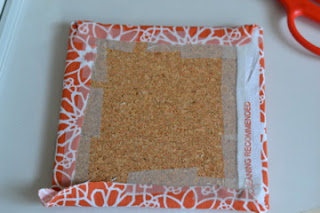 And put them in a shadow box! 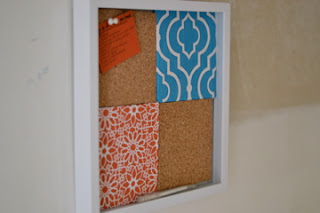 Functional and tied in the orange and blue! 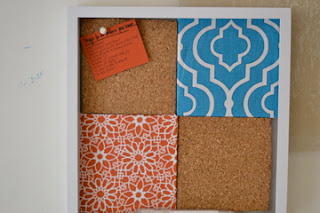 I of course got all of my fabrics on sale, I think I spent maybe $15 on all the fabric, and with 8 art projects I definitely got my money's worth.
I will leave with with one final item of my grandmother's.  A vintage Vera Wang serving tray....how awesome is that! 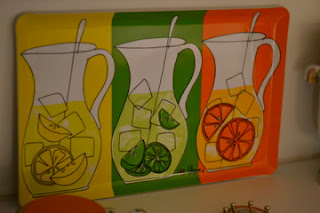 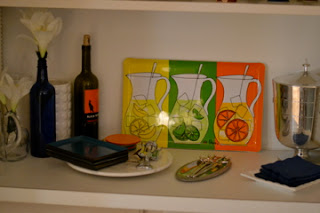