On our recent trip to Georgia, which was awesome by the way (more to come on that), Griffin had his best week of naps ever.  Griffin has never been a terribly consistent napper.  He always takes them, goes down happy, they just don't last very long.  And with 12-13 hours straight at night, we are certainly not complaining about his brief naps.  But, in Georgia, he continued his nighttime routine and took two 2-hour naps each day, which allowed us to play lots of golf!

We had him sleeping in the master bedroom walk-in closet.  A crib set up, fan and pitch darkness seemed to be the key.  As soon as we got home, his cat naps resumed and the only thing I could think that was any different was that he wasn't sleeping in darkness.
This is how light his room is with the curtains open.  There are still shades on the windows for privacy, but it's pretty light. 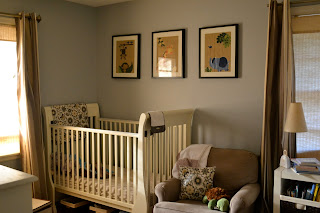 When the curtains are closed, it is darker, but still has a glow of light, especially on sunny days (which we have had a lot of! PTL!) 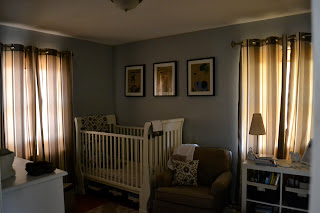 So I had heard of blackout curtain liners and decided to give them a try.  They come 2 liners per pack at target and I was hoping to get by with one liner for each window, even though each window has two curtain panels. 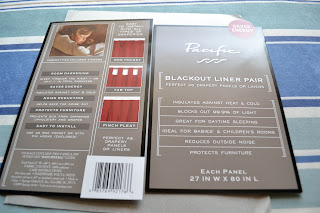 They said they were easy to install with any type of curtain, but not the case with mine, so I got out my handy dandy "Heat n Bond" hem tape and just ironed the blackout liners to the backs of the curtain panels. 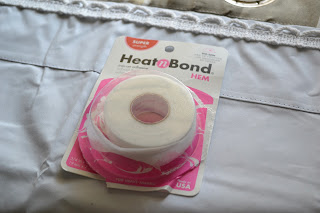 The blackout liners were definitely not as wide as the curtains but I still was going to try to get by with one package since they are $29.99 each. 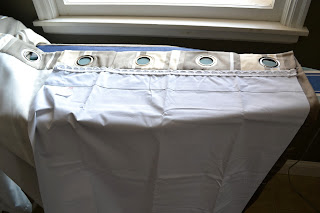 First I tried both panels on the one window (where the sun comes in the brightest).... 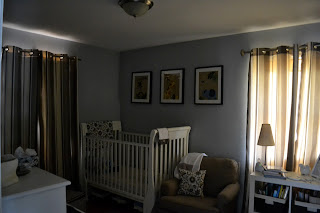 Then I tried one panel on each window.... 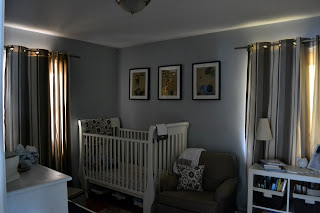 Then Griff had to go down for a nap, so my project was interrupted.  And as for his nap, well, about average at one hour and 15 minutes.

When he woke up I decided I had to splurge and do the other two panels.  It was pretty quick and easy, and we did it out in the porch so Griffin was happily entertained watching the birds and squirrels, and pointing at trees ("chree" is one of his new vocab words).

I finally got them both back up, though since it was so blacked out....it was hard to capture the end result.  Here is one with no flash and my shutter open a looooong time.  As you can see there is just a teeny bit of light peeking in over the top of the curtain on the left, and a little where the curtain meets the wall. 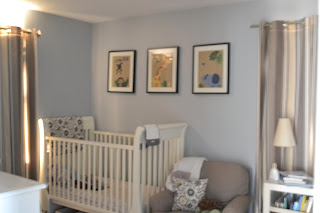 Here it is again with no flash, no nothing.  If you look very closely, you can see just that teeny ray of light over the top of the curtain on the left, but it is pretty much a blackout! 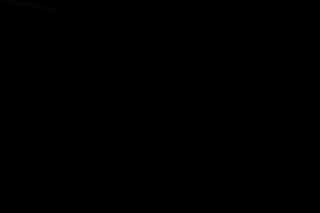 It has been very handy when putting Griff to bed post-daylight savings, as I was able to make the room dark, and he slept a little over 13 hours-so I think it helped in the morning too.  We'll see how subsequent naps go, but I'm thinking the darkness is going to help a lot.