Why I'm ok with 40 degrees in February

I think the pictures speak for themselves.  40 degrees in February is fine by me.  We are so spoiled to be able to get out and enjoy the beautiful snow-less outdoors and get some fresh and exercise. 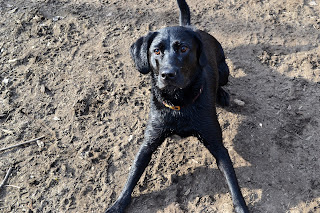 This is at the Minnehaha dog park that we affectionately call the DP, that runs along the Mississippi River. 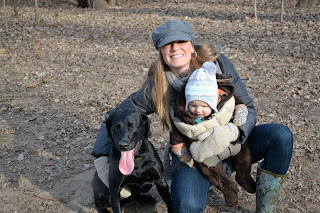 We tend to frequent the DP mostly during the spring/summer/fall, but add winter to the list!  It is Cooper's favorite place in the world, except Cable and frisbee competitions. 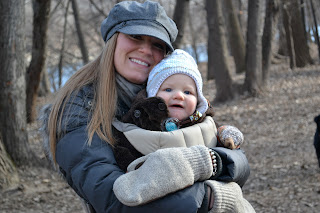 It's hilarious when we start walking down the trail, there gets to be a point when Cooper doesn't want to stick with us anymore and just takes off to the river for his first dip.  And yes, even in December, January and February when he's had the opportunity, he takes a dip in the icy water (not even chasing a frisbee, just because he likes to take a polar plunge). 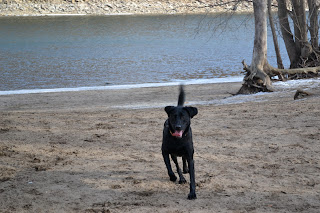 He's so happy to just prance around....he's not really too interested in other dogs, though he gives them a run for their money when they chase him and entice him to play. 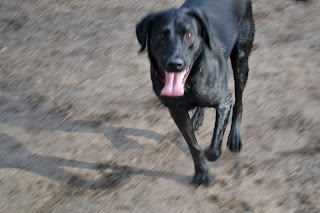 Sometimes when he stops, I think he's wondering why we aren't also running into the chilly Mississippi like it's spring break at the ocean on the beach in Florida. 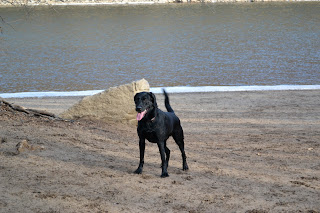 It's weird to see how bare the trees are.  It looks so monochromatic in the winter with the beige sand but beautiful nonetheless. 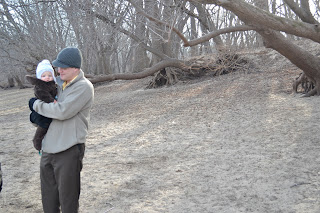 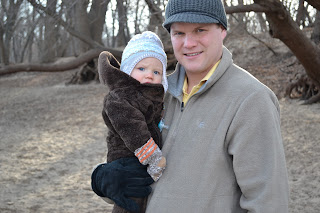 We walked down by the river only for a short time, it was pretty windy. Then we moved back up and walked the woodsy trail. 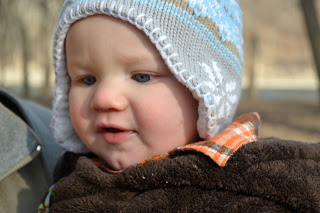 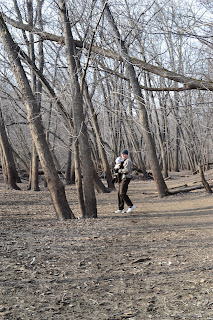 Too bad Griffin was of course watching Cooper and not the flashing, beeping, self-timing camera...we'll have to work on that. 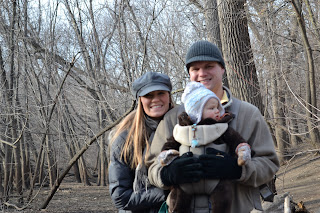 So when we're complaining in July that it is too hot or too cold or too humid or something....I will  remember the relief we got this winter and how we got to spend so much time outside.