Last weekend we went up north to Bay Lake with some high school friends.  Though the snow cover was bleak, it was such a fun weekend to enjoy the beautiful north woods, comfortably from inside by the fire. 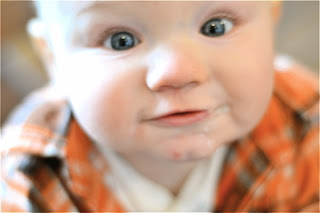 Griffin's favorite part of the weekend was hanging out with our friends' dog Louie.  Louie was equally enamored with Griffin, stealing his toys and nuks. 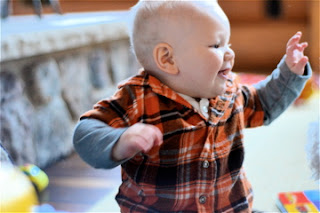 A close runner up to Griff's favorite part of the weekend was looking out and knocking on the window. 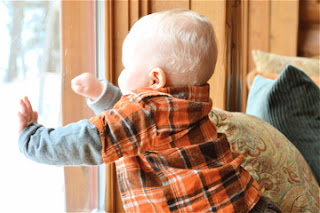 In case you haven't gotten a good look at the two newest editions to Griffin's mouth, there they are! Unfortunately Griffin got a cold Saturday night and had a rough time getting to bed, but he was a great sport and loved his bedroom (the closet which fit his pack-n-play perfectly). 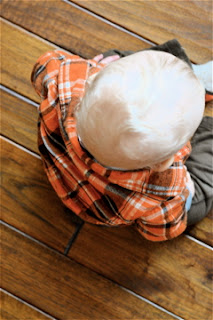 We had so much fun with our friends, catching up, watching football, and playing lots of games.  Some weekend favorites: Wits and Wagers, Cranium and Taboo (Taboo actually got quite competitive and though some threats were made against my team, we did some slaughtering of the other team). 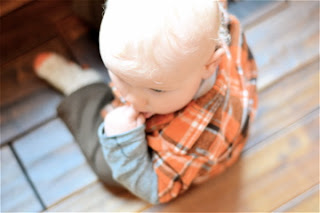 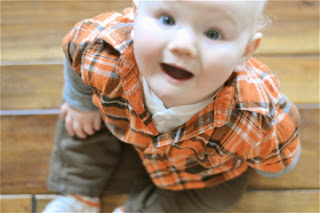 Our afternoon smorgasbord of food sent most of us into a food coma and lots of naps were had.... 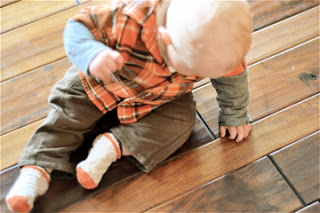 Including Griffin who took a few characteristically short naps:) 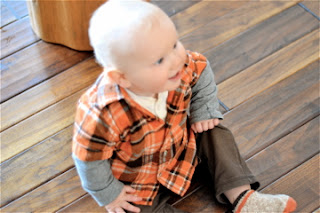 He just didn't want to miss out on all the fun!  At about 9 pm we finally decided it was time to start cooking the yummy meal we had planned and we got to it. 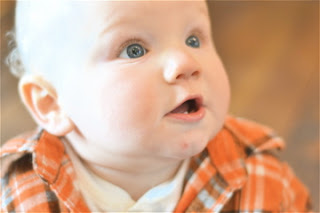 Though we didn't eat until about 11, the bourbon beef tenderloin, cheesy potatoes with caramelized onions, asiago cheese bread and spinach salad were delicious!  Even though up north in Minnesota is typically enjoyed May-September, it was a wonderful weekend with wonderful friends and Griffin loved every minute of it (and even did a good job on both 2 hour drives!). 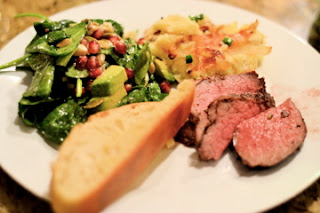