Griffin wants so desperately to play with Cooper.  Cooper's favorite game is fetch (primarily frisbees, but balls, ropes, kongs will all work too). 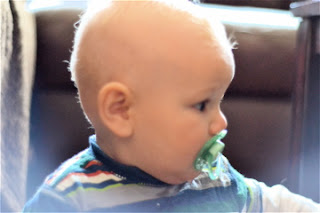 Because Griffin is just learning how to throw, Cooper is not too interested and prefers to bring his toys to someone with a more reliable arm (Nate if he is around, but if he's not, my unreliable arm will do). 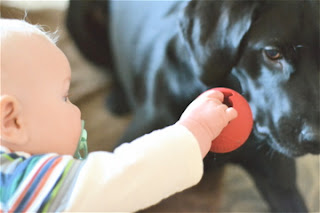 Cooper is taking careful notes because one of these days, Griffin is actually going to throw Cooper's ball and start a lifetime game of fetch with the one person in the house whose only job each day is to play. 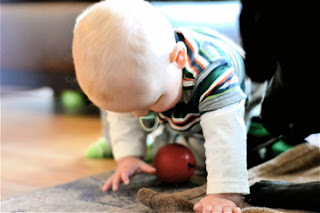 He gets very proud of himself when he picks up the ball and gets Cooper's attention.  What an accomplishment. 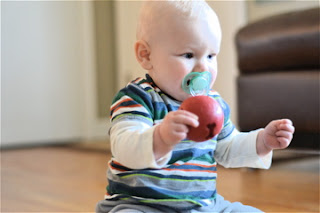 Like I said, Cooper gets frustrated that Griff's throws are inaccurate and tedious so he steals his ball away and Griffin is left to play with some of his own toys. :)