It started snowing.....about a week before Thanksgiving.  We took that opportunity to try to get a nice snowy picture for our Christmas Card.  However, since it gets dark at like 3:30pm, we were a little late on the light situation and got these.... 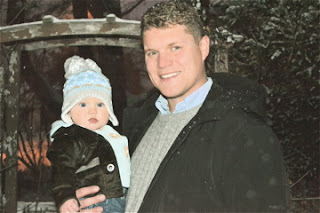 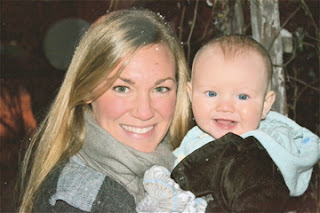 Fortunately the snow lasted until the next day and we were able to snap a few shots. 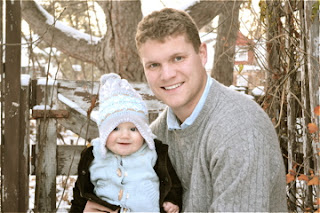 Cooper was great entertainment....however a moving target means Griffin was almost always looking at Cooper and not the camera:) 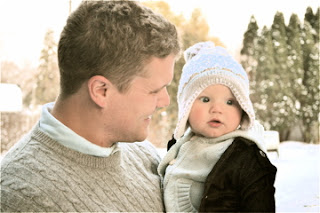 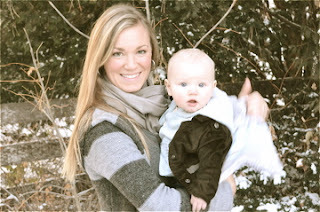 Griffin also received his first white-wash...courtesy of Cooper.  We had put a blanket down in the snow so Griffin could get a feel of the evergreens and snow.  Cooper got so excited he knocked him over and face first he went into the snow.  At least his first white-wash wasn't from a girl trying to flirt with him in elementary school. 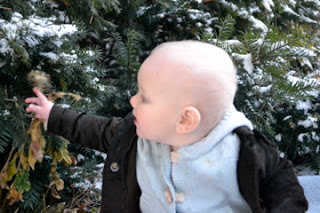 This is what we ended up with...Griffin is not quite looking at the camera, but he looks pretty darn cute anyway... 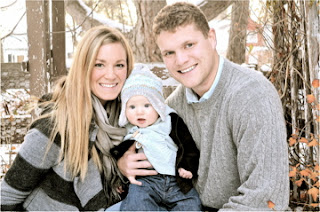 Our apologies to Cooper for not making the family pick...once he saw Nate grab his jacket he thought it was Frisbee time and couldn't contain himself.  We did add a pic from the summer of Cooper so he wouldn't feel too left out.

*Side note: I hope the day we took our Christmas card pic is not the last time we will see snow in Minnesota this year....still holding out for a white Christmas...and as a Minnesotan I have never needed to utter those words less than a week before Christmas.
Posted by Lesley at Monday, December 19, 2011