Cute from the side

I wanted to frame Griffin's silhouette.  I remember doing this for a project back in elementary school.  My mom helped me with it and we did it the old-fashioned way.  I held very still will she shined a light at me and traced my shadow on a paper we had taped to the wall.  Call me crazy but I just didn't think my (3 months old at the time) baby would hold still for me to trace his profile.
So I opted to use what technology I could.  I took a picture of his face from the side, right after he had gotten out of the bathtub so we had a white towel in the background. 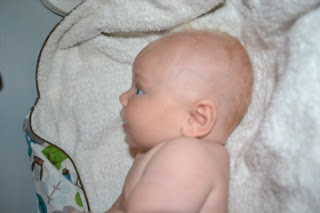 Then I used some photo editing to make it black and white and start to change the saturation. 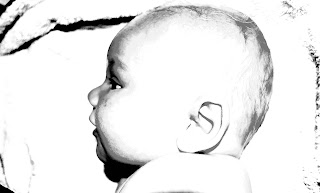 I finally had tampered with the picture enough to get his entire face shadowed.  I have to admit I did edit out a piece of his double-chin that I think was mostly shadow.  I also added a teeny little eyelash. 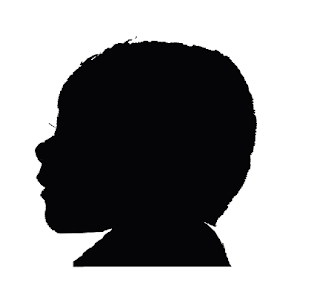 Now it is framed and sitting on my desk and I LOVE it!  It is almost a little preview of what he will look like as a little boy and you can already tell how sweet he is:). 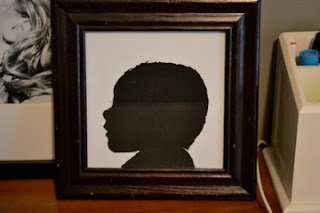 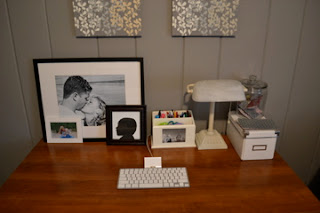