First Weekend Away in the Windy City

This is a bit overdue, almost 2 months to be exact, but I guess being late is something I've come to accept with a newborn on my hands.  I never thought I would utter those words as I was taught by my father and grandfather that "if you aren't early, you're late."  I think my new mantra will have to be "better late than never."  I cringe even as I type those words.


Anywhoo, as I was reflecting on all that we have to be thankful for, and I was thinking about Griffin's grandparents, it really is amazing that we have been able to do some of the things we have done this year.  Our first weekend away from Griffin was to Chicago for a wedding. 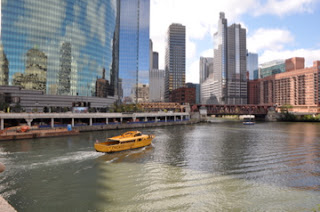 My cousin Charlie married Jaisa, one of the Hardly Housewives, though not to be fooled, she is a fantastic chef and I can't wait to see what she'll make for our Christmas celebration this year!  The wedding was awesome-beautiful, personal and of course had wonderful food, dancing and toasts. 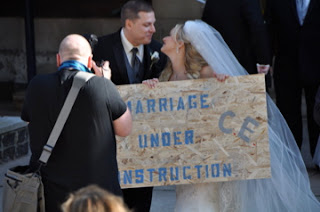 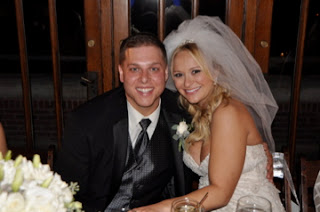 It was great to spend a weekend with my two brothers and their girlfriends.  Speaking of brothers, my brother Charlie and his girlfriend Kat have a few businesses you should check out:
Kat and Dog house and pet sitting and more
Odor Neutral getting rid of any pesky odors, like leftover turkey carcas? 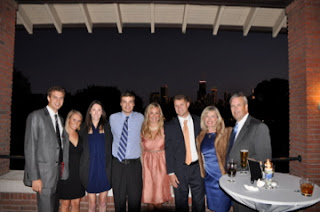 Here is a pic of all the cousins (well almost all, a few were too busy tearing it up on the dance floor...) 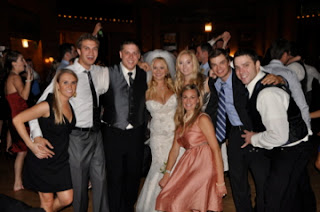 Chicago was fabulous, as always.  I will stand firm that if (and that is a very big IF) I ever move away from Minnesota, it will be to Chicago.
While we were gone, Griffin stayed with my dad and Signe, and wow how great it was to be able to leave knowing he was in such great hands.  They had a blast, spending lots of time outside by the pool, in the grass, on walks and of course watching their dog Ella (Griffin loves dogs). 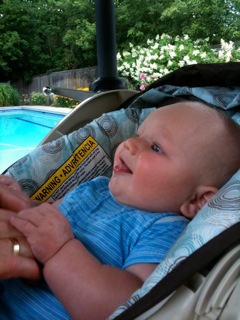 He was just starting to be able to sit and looked like he was almost ready to crawl, but that took until now to actually develop (YES, he is officially crawling!  More on that to come...)  The best phone call I had with my dad over the weekend was the first day we were gone and he reported that Griffin was doing exactly what the schedule said he was going to do at the exact time I said he would do it (I think he was just trying to make a good impression so he gets invited back). 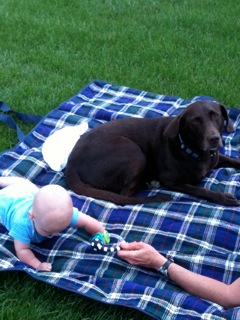 It was a great weekend, can't wait to get back to Chicago, hopefully next time Griffin will be able to come!
Posted by Lesley at Tuesday, November 29, 2011